How Venezuela is rebuilding its industrial base, one volunteer at a time 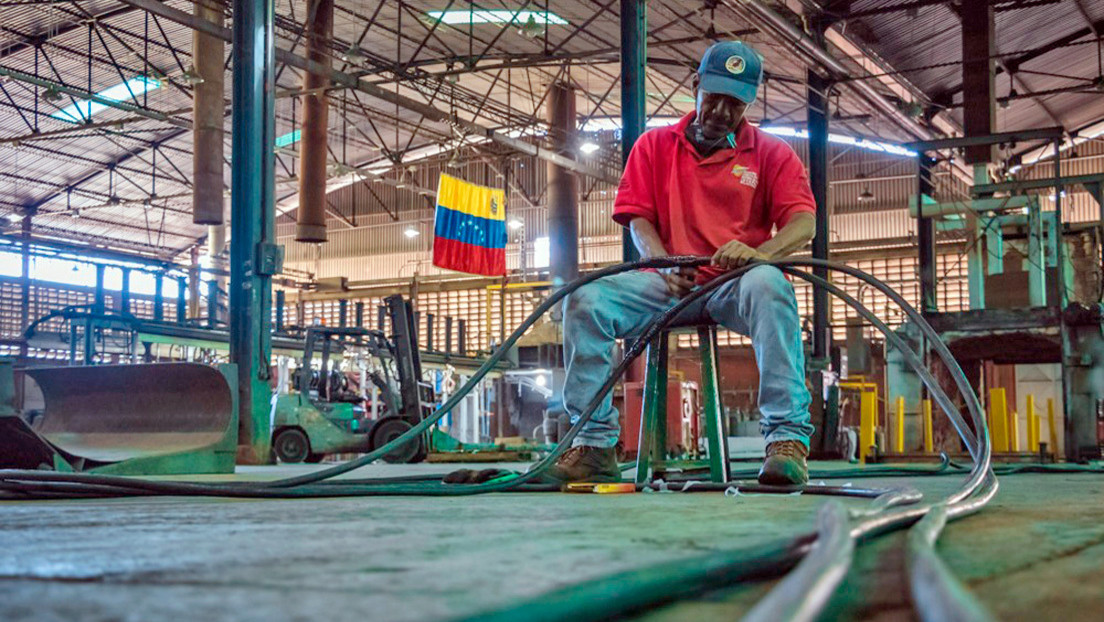 Member of the Productive Workers Army (EPO) in the midst of a work day. Photo: EPO

“We don’t just repair machines; we repair consciences,” says Sergio Requena of the Productive Workers Army (EPO by its Spanish-language initials) in Venezuela. The EPO is a group of 2,270 volunteers with a broad range of technical expertise. They go from factory to factory repairing broken machinery. Their mission is to recover Venezuela’s industrial production by empowering workers to take matters into their own hands.

Venezuela’s productive capacity has declined precipitously due to US sanctions. The country is impeded from accessing the international financial system, leading to a fall in investment. Even importing spare parts or industrial equipment is next to impossible. As a result of this, factories have trouble completing regular maintenance and repairs.

In 2016, Requena and others were invited to help La Gaviota, a fish meal plant and sardine cannery that was paralyzed due to a broken oven. They traveled 500 kilometers, spent five days sleeping and working inside the factory, and successfully repaired not just the oven, but five other pieces of damaged machinery as well. After their visit, the factory went from producing nothing to producing 260 tons of fish meal.

This might seem like a small achievement, but it is a strategically important one, with powerful symbolism. Fish meal is used in animal feed, and when La Gaviota’s production stopped, it was replaced by more expensive soybean meal imports paid for in dollars. The US sanctions have caused Venezuela’s foreign currency earnings to drop by 99 percent. The impact of these sanctions goes well beyond mere economics; they have had a “devastating effect on the whole population of Venezuela,” according to a report by a United Nations special rapporteur.

“The biggest impact sanctions have had on my life [and that of my family is] the destruction of normality, of our daily reality, the routine we had as a family,” Requena explains. He describes spending days in a queue to purchase gasoline in 2019. Much of his wife’s family has left the country in search of better opportunities. “This has been caused by the sanctions,” he adds.

The EPO organized formally after the experience at La Gaviota, but its roots go further back. Between 2008 and 2014, workers took control of three companies in the remote state of Bolívar, where much of Venezuela’s manufacturing capacity is located. These plants stopped producing as the owners began divesting and planned to liquidate assets and carry out massive layoffs. In response, workers occupied the factories, restarted production and were eventually granted legal recognition as worker-managed companies after protracted court battles.

Having emerged victorious from this struggle, Requena and others from these three companies sought to help workers across the country do the same. He sees the work being done by EPO as a step toward offsetting the impact of what he identifies as a US-led hybrid war on Venezuela aimed at destabilizing the state and polarizing society.

“The role of the EPO in this hybrid war is to contribute to organizing the Venezuelan people to neutralize these attempts and destabilization [of the state]… and to strengthen the productive infrastructure of communes,” he says. They are strategic in their efforts and have prioritized three sectors to work in: food production, natural gas distribution and hydrocarbon refining.

To date, EPO has carried out 14 of what it calls “productive battles,” which is “a direct intervention in the production process of a paralyzed or semi-paralyzed work unit by teams of workers.” Nine of the 14 have been in their priority sectors. This includes the Paraguaná Refinery Complex, the third-largest oil refinery complex in the world, where it helped to increase the processing capacity of crude oil and gasoline additives. Another company is Nutrivida, which produces a beverage for children fortified with vitamins and minerals. This drink is provided to a government-run school meal plan that feeds 4.6 million children. “These sectors are intimately linked to [ensuring] the living-well of Venezuelans, and that’s what the hybrid war is trying to break,” Requena explains.

He also emphasizes the work done at El Maizal, one of Venezuela’s largest communes, where 3,200 families participate in direct democracy to make decisions about their community and its businesses. This includes the largest worker-controlled industrial farm in the country. There, the EPO fixed freezers for storing pork and increased the farm’s capacity to plant and harvest.

“If they [the US] want to fragment our industries, we must strengthen them. If they won’t let us import, we must produce here, create here, design here, manufacture here,” Requena notes. He’s convinced that US sanctions and threats will continue, while expressing confidence that the Venezuelan people can overcome the difficulties they face.

For him, the bigger victory at La Gaviota was not the restarting of production, but the impact on the company’s workers. “People have been touched by their experiences with us because they understand that society can be transformed,” he notes.

After two years of showing up to work and not being able to produce, workers at La Gaviota were demoralized and skeptical of Requena and his colleagues. By the third day, after seeing all that was being done through self-management and despite scant resources, the workers began to buy into the EPO’s vision of winning the “productive battles” in Venezuela. Once the EPO repaired the fish meal equipment, the workers took it upon themselves to fix the sardine mincer and canning machine.

As the hybrid war on Venezuela continues, it will be up to ordinary people—working together—to mitigate its worst impacts.

Leonardo Flores is a Venezuelan political analyst and peace activist with CODEPINK. He is a Globetrotter/Peoples Dispatch fellow.

This article was produced by Globetrotter.