Franz Josef Huber led a large section of the Gestapo — Adolf Hitler’s secret police — that stretched across Austria, and his forces worked closely with Adolf Eichmann on the coordination of the deportation of Jews to concentration and extermination camps. Eichmann, famously, was tried and executed in Israel in 1962 for his role in the Holocaust, but Huber dodged that fate, even though the U.S. forces arrested him in 1945. He was released in 1948 and continued to live out his days in Munich, seemingly avoiding responsibility altogether because he was seen as a potential Cold War asset. END_OF_DOCUMENT_TOKEN_TO_BE_REPLACED

Global Proposal Against the Economic Blockade

US protest against the blockade of Cuba. Photo: Bill Hackwell

At least twenty countries are formally victims of US “sanctions”. Since 1992, in the United Nations General Assembly, all countries except the US and Israel have voted against the unilateral coercive measures imposed by the United States on Cuba. Despite the evident majority, the US has ignored them. Good wishes, denunciations and calls to lift the blockades have not been enough to prevent these genocidal actions against entire peoples.

To put an end to these interference practices, we must make amends for two serious mistakes we made as humanity in 1944 and 1971. To do so, it is first necessary to know how “sanctions” work. Let’s look at an example. END_OF_DOCUMENT_TOKEN_TO_BE_REPLACED

The Network of Intellectuals, Artists and Social Movements in Defense of Humanity, in view of the confrontations that began on March 21 between the Bolivarian National Armed Forces and irregular armed groups in La Victoria, Apure State, near the Colombian border, declares: 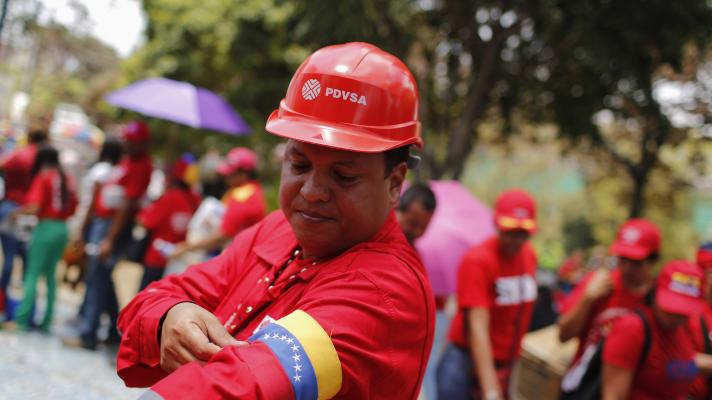 At Misión Verdad we have kept track of the negative effects of unilateral coercive measures (UCM) [aka US blockade] on Venezuela, and more specifically, their harmful consequences on the main company that provides oil revenues to Venezuela, Petróleos de Venezuela, SA (PDVSA).

All the reports and papers issued by organizations or individuals that are not binding on each other, but have Venezuela in their focus, provide a clear conclusion regarding the effects of the US blockade on the local economy: each aggression against PDVSA, through executive orders issued by the current US administration, has notably hit the country’s crude production, thus generating significant damage to sensitive areas throughout the Venezuelan economic apparatus. END_OF_DOCUMENT_TOKEN_TO_BE_REPLACED

April Fool’s Day is over, and this isn’t a joke. On Trump’s last day in office, his Department of Treasury placed sanctions on a restaurant and pizzeria in Verona, Italy called Dolce Gusto, owned by Alessandro Bazzoni. But this week, the Treasury copped to its mistake and removed the restaurant and Bazzoni. Mamma mia, what a mess! END_OF_DOCUMENT_TOKEN_TO_BE_REPLACED

Venezuela became a central objective of the US strategy

The Foreign Minister of the Republic, Jorge Arreaza said categorically that Venezuela has become the central objective of the strategy of the United States (USA) and its allies, for not acceding to their interests and consolidating the fight in defense of our sovereignty and independence, “because for years the governments were subservient to those interests and allowed the looting of great resources, which changed with the triumph of the Revolution.” END_OF_DOCUMENT_TOKEN_TO_BE_REPLACED

‘The Audacity of Being a US Servant’ or What Bachelet Does Not See in Colombia, Brazil and Chile but Sees in Venezuela (Alicia Castro) 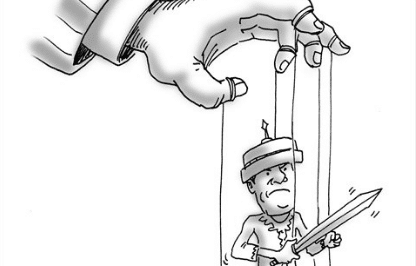 Alicia Castro, Argentine political leader and former ambassador of Argentina to Venezuela and the UK, responded sharply to the recent statement of the United Nations (UN) High Commissioner for Human Rights, Michelle Bachelet, against Venezuela.

In a post on her Twitter account, Castro pointed out: “What Bachelet does not see nor wish to see: The continuous and serious human rights violations in Colombia, in Brazil—an open-air cemetery, in Lenin Moreno’s Ecuador where the elections are in danger, in Honduras, in Paraguay, in Chile. The audacity of being a servant of the United States.” END_OF_DOCUMENT_TOKEN_TO_BE_REPLACED

Militarization of Colombia is a Key Aspect of U.S. Hemispheric Control

Colombia has historically been of great importance as an ally of the United States. It could perhaps even be said that it has been the empire’s most constant and unfaltering ally in the region since at least World War II.

Today, under President Biden, Colombia is still of great importance for the U.S. and its geopolitical goals of hemispheric control. Colombia is part of the large SOUTHCOM (United States Southern Command) area of control. The country’s abundance of natural resources and cheap labor, proximity to the Panama Canal and Venezuela, and its access to both the Atlantic and Pacific oceans make it a key partner in the region. END_OF_DOCUMENT_TOKEN_TO_BE_REPLACED Alena Douhan, the UN special rapporteur on the negative impact of unilateral coercive measures on the enjoyment of human rights, published her preliminary report on February 12 on the impact of US and European sanctions on Venezuela.

The report laid bare how a years-long campaign of economic warfare has asphyxiated Venezuela’s economy, crushing the government’s ability to provide basic services both before and during the Covid-19 pandemic. END_OF_DOCUMENT_TOKEN_TO_BE_REPLACED

Venezuela categorically stated that it does not recognize the Facts Determination Mission, which is classified as “independent” to present a report that lacks veracity and logical foundation, since it is not properly supported by reliable sources, in an attempt to overshadowing the achievements made by the national government in matters of human rights, when speaking of the perpetration of alleged extrajudicial executions. END_OF_DOCUMENT_TOKEN_TO_BE_REPLACED