The Communist Party of the Russian Federation (CPRF) is considered the big winner of the 2021 legislative elections despite the victory of Vladimir Putin’s governing United Russia party.   Russian authorities have been accused of large-scale vote rigging in the election process over the weekend, while the Kremlin denies the allegations.

With 95.05% of the voting results processed, CPRF gains 19.20% of the votes, while the United Russia party secures 49.63% of the ballots on the party list to the State Duma (lower house of parliament).

END_OF_DOCUMENT_TOKEN_TO_BE_REPLACED

Mikis Theodorakis, anticipating the end of his life, had contacted by telephone the Secretary General of the Central Committee of the Communist Party of Greece, Dimitris Koutsoumbas, giving him the stigma of his last wishes.

In his personal letter on October 5, 2020, to Dimitris Koutsoumbas, he wrote:

“Now at the end of my life, at the time of reckoning, the details fade from my mind and remain the big picture. So I see that my most critical, strong and mature years were spent under the banner of the KKE. That is why I want to leave this world as a communist.”

The great composer and fighter of social justice, democracy and peace, Mikis Theodorakis, died yesterday, 2 September, at the age of 96. Read here the statement of the Communist Party of Greece.

Albrecht Dürer was born 550 years ago, on 21 May 1471, during the Renaissance, a time of upheaval that rang in the early modern age. With improved production methods, industry and trade grew rapidly, bringing with it more money and the strengthening of a new middle class. Modern science developed, age-old truths were called into doubt, and working people began to challenge their appointed places in the social, political and religious hierarchies. It was a time, among other things, when many peasants protested, arose and demanded to be treated as equals.

END_OF_DOCUMENT_TOKEN_TO_BE_REPLACED

In this titanic struggle, the power of the working class, the Soviet power, demonstrated its superiority at all levels. END_OF_DOCUMENT_TOKEN_TO_BE_REPLACED

“Hope lies in our struggles” 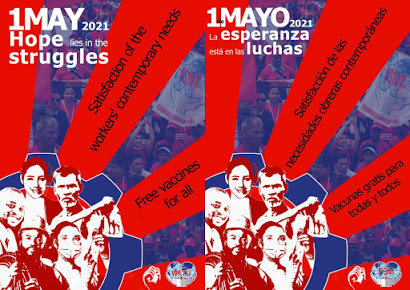 The World Federation of Trade Unions (WFTU), representing 105 million workers in 133 countries of the planet, sends a warm militant and internationalist greeting to the workers of the world, on the occasion of May Day 2021, this important day for the world working class. Each reflection, action and plan of the WFTU – especially in this difficult period for the workers and peoples of the world – has as its sole guide the interests of the working class. This 2021 will be a year of preparation for the world’s largest trade union event – the 18th World Trade Union Congress.

The COVID-19 pandemic profoundly marks the lives and actions of workers throughout the world. Our class mourned millions of deaths around the globe. Our movement found itself in unprecedented situations, demonstrating at the same time that the struggle of the class-oriented unions must encompass the whole of workers’ lives: hygiene and safety in the workplace, access to high-quality food and water, access to a safe education for our children, free, universal and public healthcare services for all. END_OF_DOCUMENT_TOKEN_TO_BE_REPLACED

The class trade union movement has always stood alongside the just demands of the women of the working class; it has been the one which turned the claims of women into claims of its own; the one which fought by implementing in its ranks the true equality between the male worker and the female worker. In fact, thousands of working women have offered the most valuable thing they possessed, their own lives, to the cause of the true emancipation of the whole society from the chains of capitalist exploitation; the emancipation of both working men and women. The WFTU is proud of its women martyrs, offered by its affiliates to the struggle for a more just society. END_OF_DOCUMENT_TOKEN_TO_BE_REPLACED

Two weeks ago, a mysterious post by a Chinese conservationist froze my finger mid-WeChat swipe.

“At last,” the post began, “I hope in the years to come, they can downgrade or drop out from the list once more.”

A tiny thumbnail of a wolf stared out from a linked article: “Wolves and leopards elevated to Class II, six civet species Class I!”

END_OF_DOCUMENT_TOKEN_TO_BE_REPLACED Postmaster General Louis DeJoy is coming under fire again from Democratic lawmakers, as well as from the American Postal Workers Union, who are calling for President Joe Biden to pave the way for DeJoy’s removal after the Trump-appointee announced higher mailing fees and logistical changes that could further slow down mail. The US Postal Service (USPS) has already suffered a more than 50% drop in on-time arrivals for first-class mail deliveries, according to the service’s own data. END_OF_DOCUMENT_TOKEN_TO_BE_REPLACED 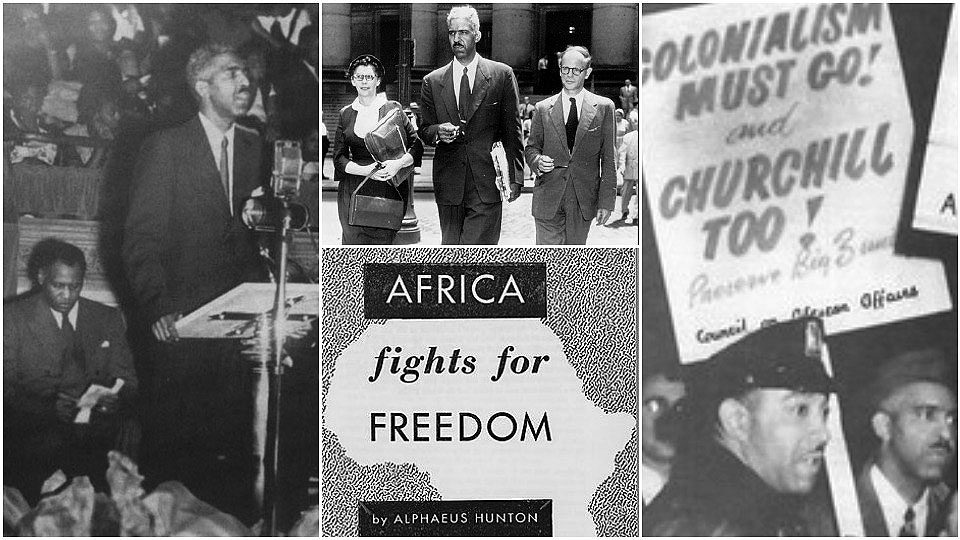 People’s World is happy to reprint below an article from the Feb. 15, 1945 issue of the Daily Worker by W. Alphaeus Hunton, then the educational director of the Council on African Affairs (CAA).

Hunton, considered “one of the most neglected African American intellectuals” in U.S. history, partly due to his membership in the Communist Party USA, worked closely with Paul Robeson and W.E.B. DuBois domestically and internationally. Through the CAA, he helped to build a transatlantic alliance that fostered solidarity between African Americans fighting for equality and Africans fighting for liberation against colonial subjugation and oppression.

In the column below, written during “Negro History Week,” Hunton highlights internationalism as a key strategy African Americans and Africans have deployed repeatedly against slavery and white supremacy, as well as colonialism abroad. He also merges the World War II Allied fight against fascism with the fight against racism and colonialism, and notes that African Americans and colonial peoples have an opportunity—with the war nearing its end—to push the Allied powers to fulfill the promises made as part of their war-time alliance, through, for example, the Atlantic Charter.

Next week, People’s World will reprint another column by Hunton, as well as a brief sketch of his life and work by Tony Pecinovsky, who is completing a book about Hunton to be published later this year titled The Cancer of Colonialism: W. Alphaeus Hunton, Black Liberation, and the Daily Worker, 1944-1946.

Neil Irwin and Weiyi Cai wrote in The New York Times (“Why Markets Boomed in a Year of Human Misery”, January 1, 2021): “The central, befuddling economic reality of the United States at the close of 2020 is that everything is terrible in the world, while everything is wonderful in the financial markets.” END_OF_DOCUMENT_TOKEN_TO_BE_REPLACED