It is difficult to avoid a watery eye or an accelerated heartbeat when reconsidering, in all its details, the tragic day of our national hero’s death, May 19, 1895, in Dos Rios.

“My first thoughts this May 19, are for José Martí, 126 years after his fall in battle and his political testament: To prevent in time, with the independence of Cuba, the expansion of the empire over the lands of America,” tweeted Miguel Díaz-Canel Bermúdez, First Secretary of the Communist Party of Cuba and President of the Republic, on a day filled with patriotic sentiments for Cubans. END_OF_DOCUMENT_TOKEN_TO_BE_REPLACED

Communist and Workers’ Parties from every corner of the world condemn the criminal Israeli aggression in Gaza and Jerusalem and express their solidarity with the Palestinian people.

Below you can read a list of statements issued by Communist Parties in multiple languages:

END_OF_DOCUMENT_TOKEN_TO_BE_REPLACED

Israeli communists and leftists: STOP THE WAR IN GAZA

Following a call by Hadash – the Democratic Front for Peace and Equality – as well as other pro-peace groups and organizations, hundreds of people demonstrated on Tuesday and Wednesday across Israel, demanding an end to the bombing of Gaza.

In Tel Aviv, under the slogan “Stop the fire”, anti-war demonstrators gathered outside the headquarters of Likud party and demanded an immediate ceasefire. In Jerusalem, the protesters marched to Zion Square where police forces forcibly dispersed them and a young woman was arrested. Similar demonstrations took place in Haifa’s Ben Gurion boulevard. END_OF_DOCUMENT_TOKEN_TO_BE_REPLACED

Corporate media have presented Israel’s killing spree as defensive, as a reaction to supposed Palestinian aggression. A Financial Times headline (5/10/21) read, “Hamas Rocket Attacks Provoke Israeli Retaliation in Gaza.” The New York Times’  description (5/12/21) was, “Hamas launched long-range rockets at Jerusalem on Monday evening, prompting Israel to respond with airstrikes.” An article in Newsweek (5/12/21) had it that “Hamas rained down rockets on Israeli civilian targets, and the Israeli military responded with surgical air strikes against Hamas and Palestinian Islamic Jihad targets in Gaza.” A CNN headline (5/12/21) said, “At Least 35 Killed in Gaza as Israel Ramps Up Airstrikes in Response to Rocket Attacks.” END_OF_DOCUMENT_TOKEN_TO_BE_REPLACED

The importance of the mobilization in all four parts of Palestine cannot be overstated. Israel is determined to crush these protests with unlimited violence, but so far the demonstrations have continued to spread. END_OF_DOCUMENT_TOKEN_TO_BE_REPLACED

“Global carbon emissions are set to jump by 1.5 billion tonnes this year. This is a dire warning that the economic recovery from the Covid crisis is currently anything but sustainable for our climate,” said Dr Fatih Birol, International Energy Agency (IEA) Executive Director.

Global Energy Review, the new IEA report, sees global energy-related carbon dioxide (CO2) emissions rising by 1.5 billion tonnes in 2021, driven by a strong rebound in demand for coal in electricity generation. The CO2 emissions’ surge by 1.5 billion tonnes in 2021 is the second-largest increase in history, which reverses most of last year’s decline caused by the Covid-19 pandemic. This would be the biggest annual rise in emissions since 2010, during the carbon-intensive recovery from the global financial crisis.

The IEA’s Global Energy Review 2021 estimates that CO2 emissions will increase by almost 5% this year to 33 billion tonnes, based on the latest national data from around the world as well as real-time analysis of economic growth trends and new energy projects that are set to come online. END_OF_DOCUMENT_TOKEN_TO_BE_REPLACED

My talk at the International Festival of Whistleblowing, Dissent and Accountability on May 8. Transcript below.

I wanted to use this opportunity to talk about my experiences over the past two decades working with new technology as an independent freelance journalist, one who abandoned — or maybe more accurately, was abandoned by — what we usually call the “mainstream” media.

Looking back over that period, I have come to appreciate that I was among the first generation of journalists to break free of the corporate media — in my case, the Guardian — and ride this wave of new technology. In doing so, we liberated ourselves from the narrow editorial restrictions such media imposes on us as journalists and were still able to find an audience, even if a diminished one. END_OF_DOCUMENT_TOKEN_TO_BE_REPLACED

The ultra-rich group is today an issue of public interest, because people are getting aware about the wealth the group controls. People are getting aware that the group’s source of wealth should be known, because identifying the source helps identify the method of amassing such wealth within such short time. Identifying the source also helps expose source of people’s misery and suffering, poverty and exploitation.

One member of this group is Bill Gates. His private life has recently come into public. But that part may be ignored. But the private side of life that acts with public life comes into discussion, because there the private life impacts public life. These expose the super-rich, the characteristics of the group. These expose the lifestyle the super-rich live with, the character of philanthropy they spread around the world, and the values they uphold. END_OF_DOCUMENT_TOKEN_TO_BE_REPLACED 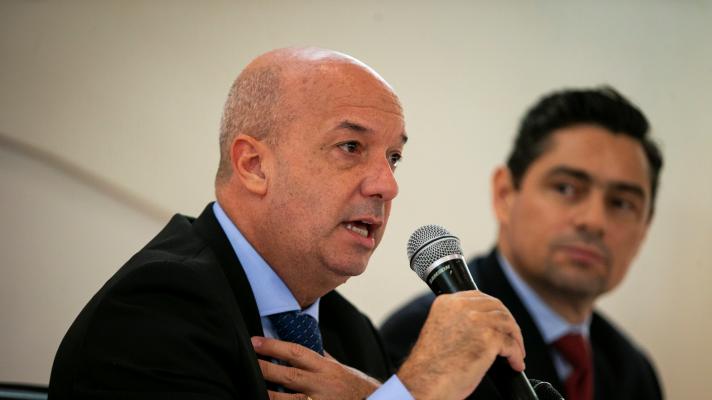 After millions of attempts to overthrow Chavismo have failed, it is now the turn of the Colombian paramilitaries and their local franchises.  To create chaos, explains Ivan Simonovis in a video, choked with sadism, like a Batman villain, where he tells his secret plan like chickens before hatching, celebrating a victory that will never come.

Chaos.  That has been the objective of a group of psychopaths recruited by Washington as their political hit men.  Chaos for a country they despise, which is nothing but a teat to suck dry, to sell it off, broken in pieces, as long as there’s a slice left for them.  It’s always been that way, since that one fine day that Chavez never went away. END_OF_DOCUMENT_TOKEN_TO_BE_REPLACED

Economic Sanctions as Collective Punishment: The Case of Venezuela

This paper looks at some of the most important impacts of the economic sanctions imposed on Venezuela by the US government since August of 2017. It finds that most of the impact of these sanctions has not been on the government but on the civilian population. The sanctions reduced the public’s caloric intake, increased disease and mortality (for both adults and infants), and displaced millions of Venezuelans who fled the country as a result of the worsening economic depression and hyperinflation. They exacerbated Venezuela’s economic crisis and made it nearly impossible to stabilize the economy, contributing further to excess deaths. All of these impacts disproportionately harmed the poorest and most vulnerable Venezuelans. Even more severe and destructive than the broad economic sanctions of August 2017 were the sanctions imposed by executive order on January 28, 2019 and subsequent executive orders this year; and the recognition of a parallel government, which as shown below, created a whole new set of financial and trade sanctions that are even more constricting than the executive orders themselves. We find that the sanctions have inflicted, and increasingly inflict, very serious harm to human life and health, including an estimated more than 40,000 deaths from 2017–2018; and that these sanctions would fit the definition of collective punishment of the civilian population as described in both the Geneva and Hague international conventions, to which the US is a signatory. They are also illegal under international law and treaties which the US has signed, and would appear to violate US law as
well. END_OF_DOCUMENT_TOKEN_TO_BE_REPLACED