This is a very common argument. One has heard it innumerable times, from spokesmen of Bretton Woods institutions and from Finance Ministers’ budget speeches, providing a rationale for restricting the fiscal deficit. Since the fiscal deficit is a measure of the state’s additional borrowing, incurring a fiscal deficit implies that the state is “living beyond its means”, which would eventually bring it to grief, as happens with a household.

END_OF_DOCUMENT_TOKEN_TO_BE_REPLACED

‘Wealth of Data, Poverty of Theory’

Thomas Piketty’s book, Capital in the Twenty-First Century, provides a monumental database for the history of capitalism. But the author’s interpretation of these data is based on an inconsistent theoretical framework that constantly oscillates between two definitions of capital: either capital as accumulated drawing rights on the value created; or capital as a factor of production in the neoclassical tradition. Capital as a social relation is forgotten and the history of capitalism appears as an accounting mechanism.Keywords: Piketty; capital

Thomas Piketty’s book Capital in the Twenty-First Century has rightly been welcomed: it provides a monumental source of data on the history of capitalism and offers information that will be essential for all those economists who want to study its dynamic in the medium and long term. Piketty thus follows in the footsteps of such authors as Angus Maddison1 and Pierre Villa.2 We should also thank him for making all of these materials freely available.3

In this work we find data on income inequality across the world, and it would be no exaggeration to say that the ‘Piketty group’ (including people such as Anthony Atkinson and Emmanuel Saez) has supplied a significant part of the arguments raised by recent social movements (the indignados, Occupy Wall Street, and such like) and even one of their watchwords: ‘We are the 99 percent!’

The following comments will be no less critical for that reason, however, since Piketty’s theoretical framework is not at the same level as his wealth of data. In order to demonstrate this, we will above all be examining the two fundamental laws of capitalism that Piketty uses in order to read his data. The central line of march of this investigation is the idea that Piketty incoherently mixes up two definitions of capital, both as a ‘factor of production’ and as the whole ensemble of ‘drawing rights’ on income.

END_OF_DOCUMENT_TOKEN_TO_BE_REPLACED

“Mobsters” are whatever the law says they are, but in some countries they are, in fact, simply the nation’s wealthiest people, who can and do pay whomever they have to pay (“consigliere”) in order to get the law to mean what they want it to mean. In other words: sometimes a mobster is anyone who no matter how harmful to society, can become and remain enormously wealthy and never go to prison for it, nor be executed for it. They are above the law, and are therefore the real rulers in the dictatorship where they happen to live. They engage in the most-premeditated of crimes, from which the largest numbers of people become (basically) murdered and injured, but can and do buy impunity, so that prisons contain only the relatively low-level (and usually poor) crooks, and also innocent people who simply couldn’t afford a decent lawyer. This is ‘justice’, in ‘democracies’. It’s not justice in any democracy.

END_OF_DOCUMENT_TOKEN_TO_BE_REPLACED

Patents versus the People

On October 2, 2020, even before any vaccines against Covid-19 had been approved, India and South Africa had proposed to the WTO that a temporary patent waiver should be granted on all such innovations. In the following months, 100 countries had supported this demand. And on May 5, the US, usually the most ardent defender of the patent system, agreed to a temporary patent waiver on anti-Covid vaccines, committing itself to “text-based negotiations at the WTO”.

The basic argument for such a move arises from the urgent need at present to expand vaccine production. A patent works by creating artificial scarcity so that prices are kept high for a longer period and the innovating firm can make profits that are large enough supposedly to recoup the investment made in developing the patented product, but the scarcity of vaccines is precisely what the world can ill-afford at present. When thousands are dying around the world, saving lives has priority over firms’ profits, for which patents on vaccines must be removed. END_OF_DOCUMENT_TOKEN_TO_BE_REPLACED

If you ever went to an anti-austerity protest in the United Kingdom in the last decade, you may well have seen the ubiquitous placards demanding a ‘General Strike Now’. In the US ‘General Strike 2020’ briefly trended on Twitter in March 2020, spurred on by popular writers like Naomi Klein and Bree Newsom Bass. Most tellingly, shortly after this, multiple articles appeared explaining what exactly a general strike is. Of course, no socialist would be against a general strike were it to occur. But raising the demand for a general strike, through placards on demonstrations, or by popular tweets, suggests a decline in our ability to think about what mass strikes are, why they happen, and what can be achieved with them. END_OF_DOCUMENT_TOKEN_TO_BE_REPLACED

Now after the experience of the unprecedented COVID pandemic slump, the old ‘Washington Consensus’ is over and has been replaced by a new ‘consensus’.  Whereas the “Washington Consensus” for international economic policies of the 1990s saw government failures as the reason for poor growth performance and advised governments ‘to get out of the way’ of market forces, now the IMF, the World Bank and the World Trade Organisation’s chiefs call for more fiscal spending, more funds for lending, and measures to reduce inequality between nations and within nations through higher taxes on the rich. END_OF_DOCUMENT_TOKEN_TO_BE_REPLACED

END_OF_DOCUMENT_TOKEN_TO_BE_REPLACED

Last week the US Federal Reserve raised its growth forecasts for the US economy for this year and next. Fed officials now reckon the US economy with expand in real terms by 6.5%, the fastest pace since 1984, a few years after the slump of 1980-2.  This is a significant rise from the Fed’s previous forecast.  Also, the unemployment rate is expected to drop to just 4.5% by year-end, while the inflation rate ticks up to 2.2%, above the official target rate set by the Fed. END_OF_DOCUMENT_TOKEN_TO_BE_REPLACED

The Drain of Wealth

Colonialism before the First World War 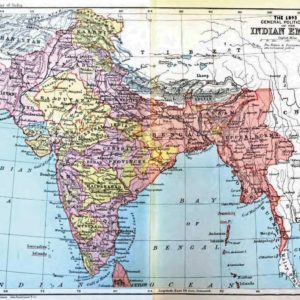 The Western European powers appropriated economic surplus from their colonies, and this materially and substantially aided their own industrial transition from the eighteenth century onward, as well as the diffusion of capitalism to the regions of new European settlement. In the literature on economic growth, however, we find little awareness of the existence of such transfers, let alone their sheer scale, or the specific real and financial mechanisms through which these transfers were effected. Much research still remains to be done in this area. In the case of India, however, for well over a century there has been a rich discussion on transfers, termed the drain of wealth, initiated by two outstanding writers, Dadabhai Naoroji and R. C. Dutt.1 Here, we confine ourselves to discussing transfers only in the context of India.

With few exceptions, the literature on the eighteenth- and nineteenth-century industrial transition in the core countries ignores the drain of wealth, or transfers, from the colonies.2 The mainstream interpretation posits a purely internal dynamic for the rise of capitalist industrialization, and some authors even suggest that the colonies were a burden on the metropolis, which would have been better off without them. END_OF_DOCUMENT_TOKEN_TO_BE_REPLACED

Italian-American economist, Mariana Mazzucato, who works and resides in London, has become a big name in what we might call ‘centre-left’ or even in mainstream economic and political circles.  She has a new book out, Mission Economy: a moonshot guide to changing capitalism.

Mazzucato was briefly an economic adviser to the UK Labour Party under Corbyn and McDonnell; she apparently “has the ear” of radical Congress representative Alexandria Ocasio-Cortez; she advised Democratic presidential hopeful, Senator Elizabeth Warren and also Scottish Nationalist leader Nicola Sturgeon.  She was even accorded the title of “the world’s scariest economist” because her ideas were apparently really shaking up things among the great and good.  According to the London Times newspaper, “admired by Bill Gates, consulted by governments, Mariana Mazzucato is the expert others argue with at their peril”. END_OF_DOCUMENT_TOKEN_TO_BE_REPLACED