In East Africa, millions of people are facing starvation due to drought.

The World Health Organization (WHO) warned on Wednesday that millions of people in East Africa face the threat of starvation.

Speaking at a media briefing in Geneva, WHO Director-General Tedros Adhanom Ghebreyesus said that drought, climate change, rising prices and an ongoing civil war in northern Ethiopia are all contributing to worsening food insecurity.

“Now to the Greater Horn of Africa, where millions of people are facing starvation and disease in Djibouti, Ethiopia, Kenya, Somalia, South Sudan, Sudan and Uganda.

“Drought, conflict, climate change and increasing prices for food, fuel and fertilizer are all contributing to lack of access to sufficient food.

“Hunger and malnutrition pose a direct threat to health, but they also weaken the body’s defenses, and open the door to diseases including pneumonia, measles and cholera.

END_OF_DOCUMENT_TOKEN_TO_BE_REPLACED

In Eastern Africa, the number of refugees has nearly tripled in the past 10 years to almost 5 million, including 300,000 new refugees last year alone, the United Nations agencies said in a joint statement.

Along with the number of refugees in need of support, the gap between resources and needs has also grown. More than 70 per cent refugees do not get a full ration due to funding shortfalls, the statement said. Conflict, climate shocks and COVID-19, combined with spiraling costs of food and fuel, is behind this crisis, it added.

END_OF_DOCUMENT_TOKEN_TO_BE_REPLACED

The war between Russia and Ukraine has highlighted just how much of the world’s wheat supply relies on these two countries. For instance, a recently released UN report shows a sample of 25 African countries that rely on wheat imports from Russia or Ukraine. Of this group, 21 import most of their wheat from Russia.

END_OF_DOCUMENT_TOKEN_TO_BE_REPLACED

Sub-Saharan Africa’s food security has turned out better than feared. But risks remain

When the novel coronavirus disease (COVID-19) pandemic hit, concern immediately arose that sub-Saharan Africa faced a potential worsening in food insecurity. The concerns were due to the anticipated slowdown in economic activity, job losses accompanied by loss of income, and a ban on grain exports by major exporting countries, including India, Russia, Cambodia, and Vietnam. Sub-Saharan Africa is a net importer of food.

The bans, along with other pandemic-related disruptions to food supply chains, were expected to add to food security challenges in the region. The World Bank was among the first multilateral institutions to sound the alarm. The bank estimated that an additional 26 million people would fall into extreme poverty, defined as those living under $1.90 per day, in 2020. END_OF_DOCUMENT_TOKEN_TO_BE_REPLACED

SUFFERING OF THE NIGERIAN PEOPLE

A third of Nigerians are unemployed: Here’s why

The Nigerian Bureau of Statistics recently published the country’s unemployment rate for the fourth quarter of 2020, reflecting a continued deterioration during the COVID-19 year. The unemployment rate for this period stood at 33.3 per cent. Ogechi Ekeanyanwu, from The Conversation Africa, asked Ndubisi Nwokoma, an economics professor, to provide the context.

How is unemployment measured?

Unemployment is when people are ready, able and willing to work, but do not find work. By the International Labour Organisation definition, a person is employed when they work at least 40 hours a week. The working age is regarded as between 15 and 60. Currently, 33.3 per cent or 23.2 million of the about 70 million people who should be working in Nigeria are out of work. An acceptable level of unemployment would be 4 per cent-6 per cent. END_OF_DOCUMENT_TOKEN_TO_BE_REPLACED

Where Does The Sudanese Revolution Stand Today?

Dr. Fathi Elfad of the Sudanese Communist Party talks about the current stage of the Sudanese Revolution and its betrayal by certain sections of the erstwhile opposition. In the first part of an interview with Peoples Dispatch, he explains the chronology of the coming together of the opposition, certain compromises and deals made by some sections and what the upcoming cabinet reshuffle and formation of the legislative council imply.

END_OF_DOCUMENT_TOKEN_TO_BE_REPLACED 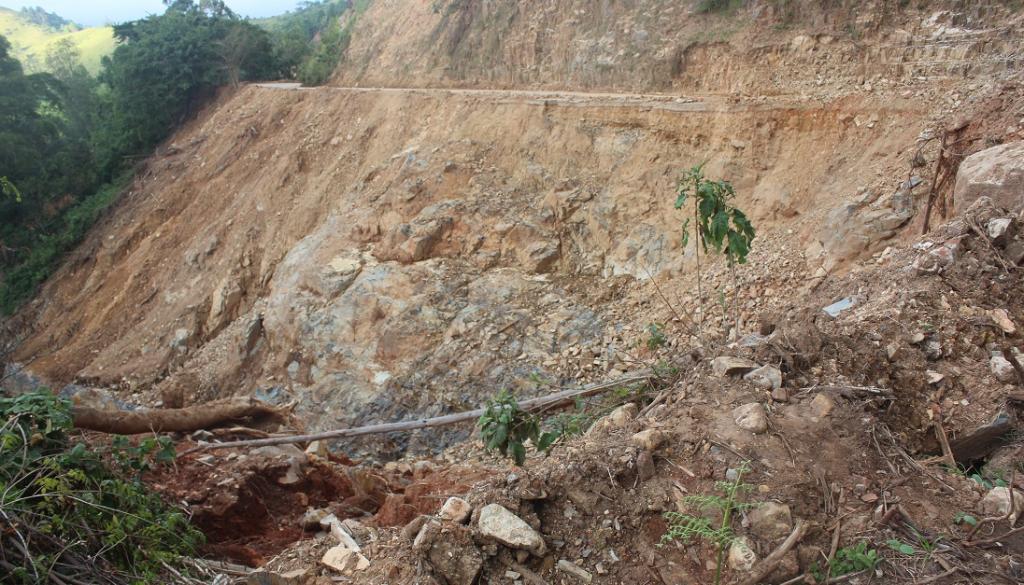 The devastation caused by Cyclone Idai in the Chimanimani mountains on the border between Mozambique and Zimbabwe. Photo: Wikimedia Commons

The index also ranked India as the country that suffered the second-highest monetary loss due to climate change in 2019 after Japan. The index was released ahead of the climate adaption summit that began virtually January 25 and is hosted by the Netherlands.

It also showed that eight out of the ten countries most affected by extreme weather events in 2019 belong to the category of low to lower-middle income. Five of them fall into the category of Least Developed Countries. END_OF_DOCUMENT_TOKEN_TO_BE_REPLACED

Protests against poverty and unemployment have been going for more than a week now in Tunisia. Over 1,000 protesters have been arrested so far, most of them between the ages of 15 to 25. END_OF_DOCUMENT_TOKEN_TO_BE_REPLACED

On December 19, the second anniversary of the December revolution, thousands of protesters took to streets in Sudan. The protesters demanded that the committee formed to investigate the massacre of 127 protesters on June 3 last year should publish its result. END_OF_DOCUMENT_TOKEN_TO_BE_REPLACED