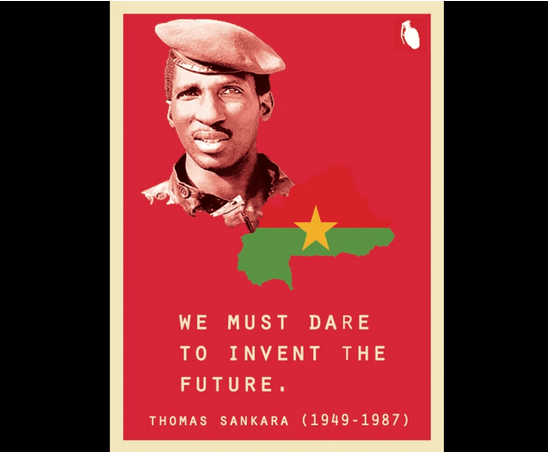 With this month’s burning of the Amazon as a result of the actions of the fascist Brazilian president Jair Bolsonaro, the first world has gotten a glimpse of the horrors that the world’s poor and indigenous people have long been experiencing at the hands of capitalism and colonialism. Because the Amazon’s existence is crucial for preventing climate apocalypse, the world outside of the region’s indigenous community now feels threatened by the consequences of profit-motivated white supremacy.

Essentially, this assault on the climate is an act of colonialist violence against the entire world. The global capitalist class, which has welcomed Bolsonaro’s neoliberal presidency, is turning the earth into one big sacrifice zone. Climate change is going to create what a recent U.N. report has described as “climate apartheid,” where the world’s entire population aside from an insulated global elite are pushed into poverty or made into refugees amid the environmental collapse. As the middle classes within the core imperialist nations become part of the victimized population in this emerging dystopia, they will experience the same loss of stability and dignity that the colonized people have.

What do we do now that this is happening to us? We build social movements in the same vein as those of the indigenous leaders who’ve liberated their people. This will require us to unlearn the cultural conditioning that capitalism has instilled in us which prevents us from seeking out radical solutions. One aspect of this conditioning is green capitalism, a narrative that teaches people to believe that reforming capitalism will solve the environmental crisis. In this quote, artist Hiroyuki Hamada laments the ways that green capitalism, through its purveyors in pro-capitalist NGOs and the mainstream media, convinces society to stay complacent as capitalism kills the planet:

What’s infuriating about manipulations by Non Profit Industrial Complex is that they harvest good will of the people, especially young people. They target those who were not given skills and knowledge to truly think for themselves by institutions which are designed to serve the ruling class. Capitalism operates systematically and structurally like a cage to raise domesticated animals. Those organizations and their projects which operate under false slogans of humanity in order to prop up the hierarchy of money and violence are fast becoming some of the most crucial elements of the invisible cage of corporatism, colonialism and militarism.

To transcend this false view of the relationship between capitalism and the environment, we’ll need to be skeptical of green capitalist climate “solutions” that are being pushed in the media-like the Democratic Party’s corporatist Green New Deal and the capitalist energy initiatives that Greta Thunberg’s powerful promoters want to carry out-and help movements that seek to implement an ecosocialist revolution.

Where are these movements? They’re not to be found within the leadership of Extinction Rebellion, which claims that the solution to climate change is a return to the Keynesianism of Franklin Delano Roosevelt. Like Bernie Sanders, Alexandria Ocasio-Cortez, and the other mainstream left-leaning figures who propose this reiteration of the New Deal, these leaders are advancing the ambitions of the capitalists who want to use climate change to make more money. Entities like the tech startup We Don’t Have Time, which has usedThunberg’s climate crusade to boost its brand, aim to exploit the climate crisis by facilitating profit-motivated “green” initiatives and by selling their products and services.

Is this the future that we want? Corporations carrying through a “green” marketing gambit while the planet is crushed by the unsustainable industrialism that capitalism entails? If we want survival, if we want vitality, we’ll stop believing the false promises of the corporatocracy and rise up against capitalism and colonialism.

“You cannot carry out fundamental change without a certain amount of madness,” concluded the Burkina Faso Marxist revolutionary leader Thomas Sankara. “In this case, it comes from nonconformity, the courage to turn your back on the old formulas, the courage to invent the future. It took the madmen of yesterday for us to be able to act with extreme clarity today. I want to be one of those madmen. We must dare to invent the future.”

There are institutions in America that are working to apply Sankara’s solutions to our current crisis. The Black Alliance for Peace is fighting imperialism through a combination of acting in the realms of antiwar organizing and social justice; the Party for Socialism and Liberation is building power for principled socialism while organizing protests against America’s illegal interventions in countries like Venezuela; the Socialist General Defense Committee is teaching marginalized groups how to become armed and trained so that they can protect themselves from right-wing violence. These are just a few of the organizations that I recommend becoming involved in because of their alignment with the cause of liberating oppressed people from capitalism and imperialism.

What distinguishes these groups from the pro-capitalist reformism of the mainstream climate movement is that they intend to defeat the system that’s killing us. They understand, like the leaders of history’s successful anti-capitalist and anti-colonialist revolutions have, that the people can’t be freed unless the capitalist and colonialist power structures are upended.

We in the core imperialist nations can apply this revolutionary logic to our own situation by working towards decolonizing the epicenters of colonialism. Though advancing our agenda through the electoral process isn’t without value, we ultimately shouldn’t recognize the United States government or the other capitalist states as legitimate. We should resist the pressure to vote for Democrats because they’re our “only viable option,” and instead build power for the socialist and anti-imperialist strains which are working independently from capitalist entities. By learning to operate outside of the ideological constraints that the capitalist class has created, we’ll gain the power to free ourselves.

The prospect of an American socialist revolution isn’t a wild fantasy. It’s a scenario that’s been speculated about by the leaders of successful socialist revolutions who’ve wondered how capitalism can be defeated within the central colonizer nations. Che Guevera said that “I envy you. You North Americans are very lucky. You are fighting the most important fight of all—you live in the belly of the beast.” Even as America is being overwhelmed by rising fascism amid an accelerating climate collapse, we have the potential to strike at capitalism from the very center of imperial control.

Look at how 200 million people in India carried out a strike this year under the banner of communism. Look at how the Venezuelan people have spent the last generation bringing a socialist revolution to power while successfully resisting U.S. imperialism. Look at the resiliency and growing power of China’s socialist revolution. The global capitalist order is under threat, and the climate crisis needs to be what provokes us into launching these kinds of uprisings within the colonizer nations.

If you appreciate my work, I hope you become a one-time or regular donor to my Patreon account. Like most of us, I’m feeling the economic pinch during late-stage capitalism, and I need money to keep fighting for a new system that works for all of us. Go to my Patreon here:

Rainer Shea uses the written word to deconstruct establishment propaganda and to promote meaningful political action. His articles can also be found on The Ghion Journal. and his own personal blog.

This work is licensed under a Creative Commons Attribution-NonCommercial 4.0 International License