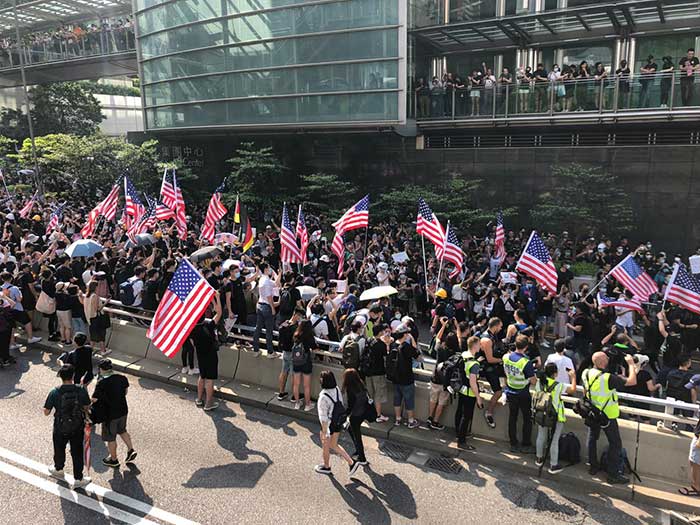 It was once a British police station, as well as the Victoria Prison Compound. Hong Kong inhabitants used to tremble just from hearing its name mentioned. This is where people were detained, interrogated, humiliated, tortured and disappeared.

Now, after Hong Kong ‘returned to China’, it was converted into the Tai Kwun Center – one of the biggest and the most vibrant art institutions in Asia. END_OF_DOCUMENT_TOKEN_TO_BE_REPLACED

There is contradiction between the labor and a part of the Democratic Party in the U.S.

“The Democrats of Beaver County, Pennsylvania, crowded onto the steps of a local courthouse, dozens of union men protesting a looming power plant closure that would put their livelihoods at risk.

“The crowd was overwhelmingly white and male, and few had college degrees. Left unsaid, at least from the podium, were broader concerns about a national Democratic Party many believe no longer represents them.” END_OF_DOCUMENT_TOKEN_TO_BE_REPLACED

“Dr. Doom.” fellow students joked as we walked out of our department seminar. It was 1998 and the presenter was Richard Gammon, a co-author of the first IPCC report. I didn’t share my fellow University of Washington grad students’ joke. I was uneasy, wondering about the timing of forecasts and feedback loops. END_OF_DOCUMENT_TOKEN_TO_BE_REPLACED

Racism in the United States has two fundamental aspects. One is systemic, the other ideological. The systemic aspect has numerous and pervasive forms, including unequal wages, working conditions, access to financing, education, housing, medical care, and environmental protection, where the capitalists impose harsher conditions on African Americans and other people of color than on white people.

A glaring example that is now in the spotlight is the criminal justice system, which is shot through with racist practices and where people of color face harsher treatment in policing, charging, conviction, sentencing, and incarceration.  According to the New York Times (Dec. 18, 2016), a Florida study found that “African American defendants get more time behind bars—sometimes twice the prison time of whites with identical criminal histories—when they commit the same crimes under identical circumstances.”