Something that has not changed over 160 years of oil production is the deliberate burning of gas associated with it, called gas flaring. It is turning out to be a major source of methane emission, a greenhouse gas (GHG) “over 80 times more powerful than carbon dioxide as a warming gas on a 20-year timeframe”.

The World Bank’s latest 2022 Global Gas Flaring Tracker Report underscored that the efforts to curb this global warming causing activity have “stalled” in the last one decade.

END_OF_DOCUMENT_TOKEN_TO_BE_REPLACED

Summary
Background
Human impacts on earth-system processes are overshooting several planetary boundaries, driving a crisis of ecological breakdown. This crisis is being caused in large part by global resource extraction, which has increased dramatically over the past half century. We propose a novel method for quantifying national responsibility for ecological breakdown by assessing nations’ cumulative material use in excess of equitable and sustainable boundaries.

END_OF_DOCUMENT_TOKEN_TO_BE_REPLACED

The stratospheric ozone layer absorbs a portion of the ultraviolet (UV) radiation from the sun, preventing it from reaching the surface of Earth.

There are two types of ultraviolet rays that reach the earth’s surface — UVB and UVA. UVB rays are responsible for producing sunburn and can cause skin cancers, crop damage, etc.

Experiments on fish suggest that 90-95 per cent of malignant melanomas (a form of skin cancer) may be due to UVA & UVB radiations. Plants are sensitive to UV radiation below 300 nanometers.

END_OF_DOCUMENT_TOKEN_TO_BE_REPLACED

The geologic time scale, dividing the 4.6 billion years of Earth history into nested eons, eras, periods, epochs, and ages, is one of the great scientific achievements of the last two centuries. Each division is directed at environmental change on an Earth System scale based on stratigraphic evidence, such as rocks or ice cores. At present, the earth is officially situated in the Phanerozoic Eon, Cenozoic Era, Quaternary Period, Holocene Epoch (beginning 11,700 years ago), and Meghalayan Age (the last of the Holocene ages beginning 4,200 years ago). The current argument that the planet has entered into a new geological epoch, the Anthropocene, is based on the recognition that Earth System change as represented in the stratigraphic record is now primarily due to anthropogenic forces. This understanding has now been widely accepted in science, but nevertheless has not yet been formally adopted by the International Commission on Stratigraphy of the International Union of Geological Sciences, which would mean its official adoption throughout science.

END_OF_DOCUMENT_TOKEN_TO_BE_REPLACED

Here’s how the United Nations should harness science and technology to improve nutrition and safeguard the environment.

The world’s food system is in disarray. One in ten people is undernourished. One in four is overweight. More than one-third of the world’s population cannot afford a healthy diet. Food supplies are disrupted by heatwaves, floods, droughts and wars. The number of people going hungry in 2020 was 15% higher than in 2019, owing to the COVID-19 pandemic and armed conflicts1.

Our planetary habitat suffers, too. The food sector emits about 30% of the world’s greenhouse gases. Expanding cropland, pastures and tree plantations drive two-thirds of the loss in forests (5.5 million hectares per year), mostly in the tropics2. Poor farming practices degrade soils, pollute and deplete water supplies and lower biodiversity.

END_OF_DOCUMENT_TOKEN_TO_BE_REPLACED

Beyond the headlines: what climate science now shows about Earth’s future. Can we act in time?

The UN-sponsored Intergovernmental Panel on Climate Change (IPCC) recently released its latest comprehensive report on the state of the earth’s climate. The much-anticipated report dominated the headlines for a few days in early August, then quickly disappeared amidst the latest news from Afghanistan, the fourth wave of Covid-19 infections in the US, and all the latest political rumblings. The report is vast and comprehensive in its scope, and is worthy of more focused attention outside of specialist scientific circles than it has received thus far.

END_OF_DOCUMENT_TOKEN_TO_BE_REPLACED

Astronomers have pinpointed more than 2,000 stars from where, in the not-too-distant past or future, Earth can occasionally be detected transiting across the face of the Sun.

If there are aliens living on planets around those stars, with at least a similar level of technological advancement to our own species, then they would theoretically be able to spot us. They could even have observed as the amount of carbon dioxide in Earth’s atmosphere increased over the past several hundred years, since the industrial revolution.

END_OF_DOCUMENT_TOKEN_TO_BE_REPLACED 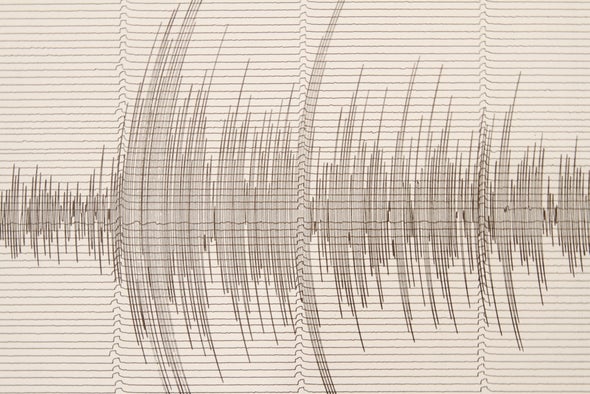 A devastating earthquake that rocked the Indonesian island of Sumatra in 1861 was long thought to be a sudden rupture on a previously quiescent fault. But new research finds that the tectonic plates below the island had been slowly and quietly rumbling against each other for 32 years before the cataclysmic event.

This decades-long, silent earthquake—known as a “slow-slip event”—was the longest sequence of its kind ever detected. It was too subtle and gradual to be noticed during its course, but a new study indicates it may have precipitated the massive 1861 temblor of at least magnitude 8.5, which in turn triggered a tsunami that killed thousands of people. The new study could help today’s scientists watch for dangerous quakes more effectively. END_OF_DOCUMENT_TOKEN_TO_BE_REPLACED

Earth is home to around 50 billion wild birds according to a new global estimate, but most species are very rare and only a handful number in the billions.

Just four undomesticated species are in the club of those with a billion-plus individuals, with house sparrows (Passer domesticus) the most abundant, followed by European starlings (Sturnus vulgaris), ring-billed gulls (Larus delawarensis) and barn swallows (Hirundo rustica). By contrast, 1180 species number fewer than 5000 birds each. END_OF_DOCUMENT_TOKEN_TO_BE_REPLACED