The Charging Bull statue in Manhattan’s Financial District has become the sight of protests amid a wider financial rebellion happening online. On Friday, a handful of activists were seen in Bowling Green Park, posing with the bull, and holding signs that said “Tax Wall Street Trades.” A thin band of tape was also placed on the statue’s head and rear end, featuring slogans like “Hold the line” and “WSB” — both allusions to the GameStop insurrection against hedge funds organized by Reddit’s “Wall Street Bets” community. A similar fate befell the new Fearless Girl statue, which faces the New York Stock Exchange building. Both the bull and the girl are meant to symbolize the power, bravery and daring of the city’s financial traders. END_OF_DOCUMENT_TOKEN_TO_BE_REPLACED

Stop The Game – I Want to Get Off!

‘Hedging’ used to be a way of reducing the risk of selling or buying.  Farmers waiting for their harvest to come in are uncertain about what price per bushel they will get at the market: will they get a price that makes them a profit and a living for next year or will they be made destitute?  To reduce that risk, hedge companies offer to buy the harvest in advance at a fixed price.  The farmer is guaranteed a price and income whatever the price per bushel at the time of going to market.  The hedge fund takes the risk that it can make a profit by buying the harvest at a price below the eventual market price.  In this way, ‘hedging’ can smooth out the volatility in prices, often very high in agricultural and mineral sectors. END_OF_DOCUMENT_TOKEN_TO_BE_REPLACED The coronavirus pandemic and the shutdown it has precipitated is having a profound effect on the economy of the United States and the rest of the world. Roberto Azevedo, Director-General of the World Trade Organization warned that his projections predict an economic downturn and job losses more severe than those of the great financial crash of 2008. Renters, those with mortgages, and even many landlords face ruin in this unprecedented catastrophe. An estimated 36 million Americans have filed for unemployment insurance in the previous few months, with millions more losing their employer-based healthcare as a result. Food banks across the country have seen record levels of users and are struggling to keep up with demand, even as fresh produce rots in farmyards as supply lines have been cut. END_OF_DOCUMENT_TOKEN_TO_BE_REPLACED

The prospect of war with Iran is terrifying.

Experts predict as many as a million people could die if the current tensions were to lead to a full-blown war. Millions more would become refugees across the Middle East, while working families across the U.S. would bear the brunt of our casualties.

But there is one set of people who stand to benefit from the escalation of the conflict: CEOs of major U.S. military contractors.

END_OF_DOCUMENT_TOKEN_TO_BE_REPLACED

A two-panel cartoon I recently saw showed a character with a sign saying: “First they came for the reporters.” In the next panel, his sign says: “We don’t know what happened after that.”

It was, of course, a retort to Donald Trump’s campaign to demonize the news media as “the enemy of the people.” But when it comes to America’s once-proud newspapers, their worst enemy isn’t Trump — nor is it the rising cost of newsprint or the “free” digital news on websites.

END_OF_DOCUMENT_TOKEN_TO_BE_REPLACED

BURLINGTON, VT – With the American labor movement under relentless assault by the right-wing Supreme Court, the Republican Party at both the state and federal level, and President Donald Trump‘s plutocratic administration, prominent union leaders convened during the final day of The Sanders Institute Gathering on Saturday to confront the existential threat facing the working class and emphasize the urgency of organizing at the grassroots level to fight back and build political power.

END_OF_DOCUMENT_TOKEN_TO_BE_REPLACED 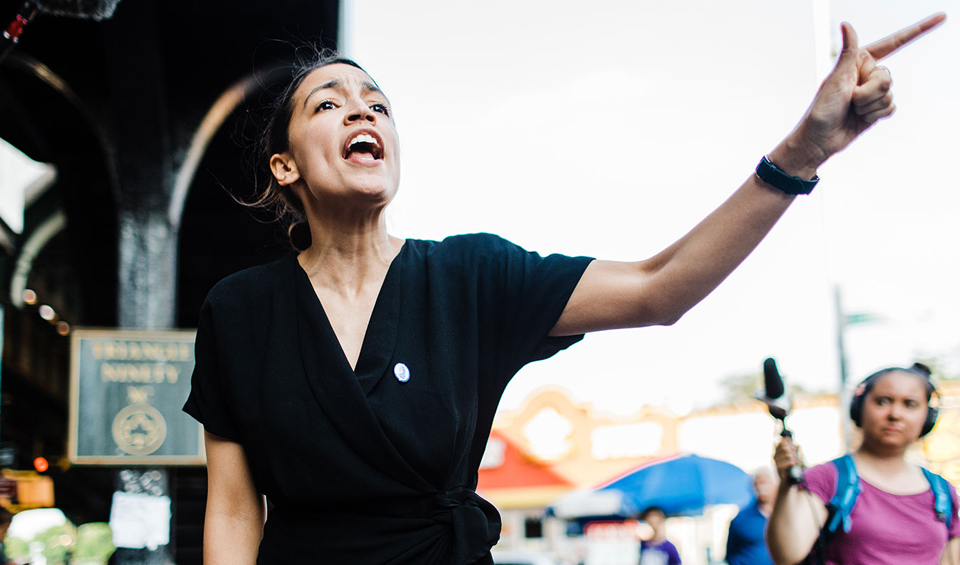 For over thirty years, the wages of working people have been flat, and pensions continue to be replaced with inadequate 401(k)s.

Economic uncertainty plagues millions of families in their working years and continues into retirement. And now, Donald Trump and his secretary of labor are making these problems even worse.

Last year, at the end of the Obama presidency, the Department of Labor approved the fiduciary rule, designed to keep workers from having their hard-earned retirement savings pocketed by unscrupulous financial advisers: END_OF_DOCUMENT_TOKEN_TO_BE_REPLACED

Wall Street spent $2bn to influence US elections, says a report from US

The 2016 US presidential election was full of “lies and farces” and was driven by “power-for-money deals,” which in itself was sign of “hypocritical nature of US democracy,” said a report by a Chinese government agency. The China government report is on human rights in the United States.

“In 2016, money politics and power-for-money deals controlled the presidential election, which was full of lies and farces.”

The report has been circulated by China’s news agency Xinhua.  END_OF_DOCUMENT_TOKEN_TO_BE_REPLACED

A Journal of People repor

Billionaire Warren Buffett delivered a black eye to the investment industry recently.
Media reports said:
“When trillions of dollars are managed by Wall Streeters charging high fees, it will usually be the managers who reap outsized profits, not the clients,” Buffett said in his annual letter to shareholders.
“Both large and small investors should stick with low-cost index funds,” he added. END_OF_DOCUMENT_TOKEN_TO_BE_REPLACED