The contrast between the devastating effects of the COVID-19 pandemic on the lives and livelihood of the working-class population and the soaring profits of big pharma companies in the corresponding period is abhorrent.

Despite the huge jump in revenues during the global crisis and a forecast for the continuation of the good run—owing to an assured market for vaccines, drugs and diagnostics in the years to come—big pharma is reportedly lobbying against the proposed global deal on tax overhaul. Last month, about 130 countries agreed to the US call for a global minimum rate of corporate tax of 15%.

END_OF_DOCUMENT_TOKEN_TO_BE_REPLACED A former Big Pharma executive and a four-star General have just been appointed by President Trump to lead a “Manhattan project-style effort to develop a vaccine for the novel coronavirus.” The effort, called Operation Warp Speed, has set a goal to create 300 million doses of a non-existent vaccine by January. END_OF_DOCUMENT_TOKEN_TO_BE_REPLACED

by Whitney Webb and Raul Diego 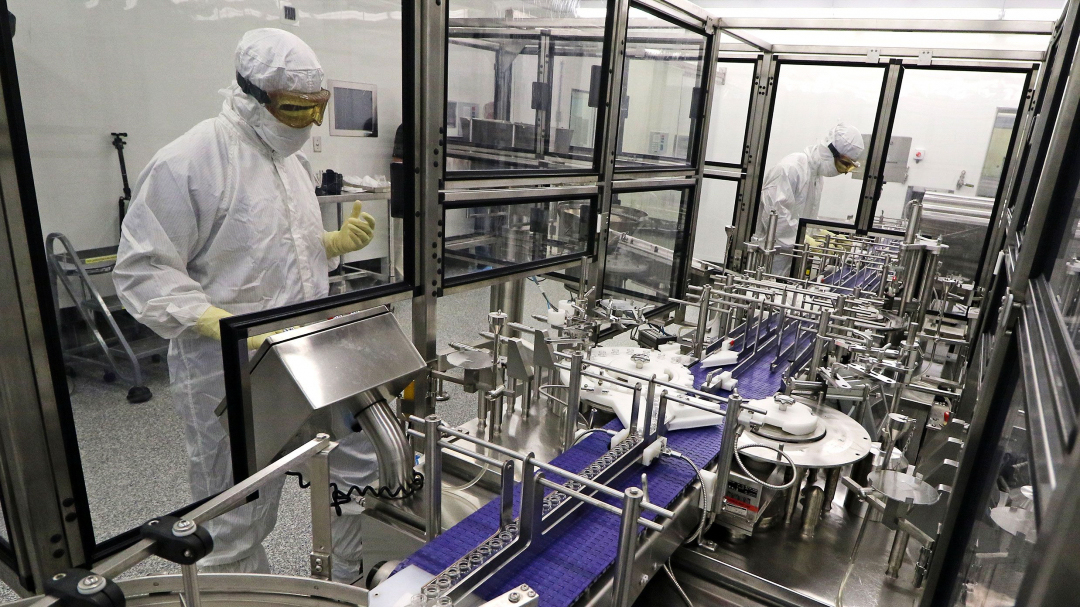 WASHINGTON DC (The Last American Vagabond) — In August 2001, biopharmaceutical company BioPort faced imminent disaster. A series of company scandals, controversial federal bail-outs and severe, adverse health reactions among U.S. troops were causing both Congress and the Pentagon to reconsider its multi-million dollar contract to provide the military with an anthrax vaccine.

Formed for the sole purpose of acquiring a publicly-owned company in Michigan that held the exclusive license to manufacture the only FDA-approved anthrax vaccine in the United States, BioPort sought to quickly expand the size and scope of its contracts with the U.S. military. This strategy was made possible thanks to the former head of the Joints Chiefs of Staff, Adm. William Crowe, who would prove highly instrumental in the rise of BioPort’s vaccine monopoly and its subsequent, aggressive hiring of former government officials as lobbyists. END_OF_DOCUMENT_TOKEN_TO_BE_REPLACED

ABOVE: Jardiance DTC ad, considered by many as one of the most annoying. Like most commercials, Big Pharma ads are intrusive and mendacious, and they make people look stupid, but with their constant reminders about our health vulnerabilities, they also depress our quality of life. Who needs 24/7 reminders about a multitude of diseases lying in wait to ambush us?

“[T]his advertising promotes only the most expensive products, it drives prescription costs up and also encourages the ‘medicalization’ of American life — the sense that pills are needed for most everyday problems that people notice, and many that they don’t.” —Jerry Avorn, New York Times

END_OF_DOCUMENT_TOKEN_TO_BE_REPLACED

Ohio wants its money back — all $175 million. The state is suing five big pharma companies to get it, saying the companies committed fraud by flooding the market with addictive opioid painkillers, and in part, causing a state and nationwide drug epidemic.

The state claims the drug companies ran a marketing scheme that persuaded doctors to give opioids to uninformed patients and “illegally promoted the widespread use of opioids for chronic pain,” while falsely denying the powerful drugs’ risks. Ohio spent $175 million between 2006 and 2016 on the pills themselves through Medicaid and other health care programs, and millions more on addiction, health and foster care services. END_OF_DOCUMENT_TOKEN_TO_BE_REPLACED

WASHINGTON – Members of the U.S. House of Representatives who sided with the pharmaceutical industry in an ongoing lobbying fight over Medicare reforms received 82 percent more in campaign contributions for the 2016 election cycle than members who did not side with the industry, according to a new Public Citizen report.

The report, “Pharma’s Orders,” sheds light on the role of money in politics in the ongoing debate surrounding the Centers for Medicare & Medicaid Services’ (CMS) proposed Medicare Part B demonstration project. The project is intended to reduce costs to taxpayers and patients by decreasing doctors’ incentive to administer the most expensive products provided under Medicare Part B. END_OF_DOCUMENT_TOKEN_TO_BE_REPLACED

“The political establishment is getting nervous,” Sanders told more than 16,000 people at a soccer stadium in Sacramento, California on Monday night. (Photo: BernieSanders.com)

Backing a citizen-led initiative to combat soaring drugs prices in California, Democratic presidential candidate Bernie Sanders on Tuesday endorsed a ballot proposal designed to curb what he described as a corporate “rip-off” of the state’s sick and vulnerable.