84-year-old Indian activist, priest and political prisoner Fr. Stan Swamy died at a hospital on Monday, July 5. He died shortly before his plea for medical bail was heard by the Bombay High Court. Swamy, who was arrested on October 8, 2020 in the controversial Elgar Parishad case, had been admitted to the Holy Family Hospital in the city of Mumbai on May 28 after his health deteriorated. Swamy had spent decades working for the welfare of tribal communities in India.

A special court had denied him bail in March 2021. Incidentally, last month, the National Investigation Agency (NIA), which is probing the case,  had filed an affidavit before the High Court opposing Swamy’s bail plea. It had said that there did not exist “conclusive proof” of his medical ailments.

Swamy was arrested under the draconian Unlawful Activities (Prevention) Act which renders chances for bail very difficult. During his time in jail, his health deteriorated drastically, a fact which was repeatedly stressed by his lawyers and well-wishers. In November, Swamy, who suffered from Parkinson’s Disease, had to approach the courts to even access a straw and a sipper. Shortly after being admitted to Holy Family Hospital at the end of May, Swamy reportedly contracted COVID1-19.

END_OF_DOCUMENT_TOKEN_TO_BE_REPLACED

PRINCETON, NEW JERSEY (Scheerpost) — Revolution.  The working class is increasingly bereft of rights, blocked from forming unions, paid starvation wages, subject to wage theft, under constant surveillance, fired for minor infractions, exposed to dangerous carcinogens, forced to work overtime, given punishing quotas and abandoned when they are sick and old. Workers have become, here and abroad, disposable cogs to corporate oligarchs, who wallow in obscene personal wealth that dwarfs the worst excesses of the Robber Barons.

In fashionable liberal circles there are, as Noam Chomsky notes, worthy and unworthy victims. Nancy Pelosi has called on global leaders not to attend the Winter Olympics, scheduled to be held in Beijing in February, because of what she called a “genocide” being carried out by the Chinese government against the Uyghur minority. New York Times columnist Nick Kristof in a column rattled off a list of human rights violations overseen by China’s leader Xi Jinping, writing “[Xi] eviscerates Hong Kong freedoms, jails lawyers and journalists, seizes Canadian hostages, threatens Taiwan and, most horrifying, presides over crimes against humanity in the far western region of Xinjiang that is home to several Muslim minorities.”

END_OF_DOCUMENT_TOKEN_TO_BE_REPLACED

The importance of the mobilization in all four parts of Palestine cannot be overstated. Israel is determined to crush these protests with unlimited violence, but so far the demonstrations have continued to spread. END_OF_DOCUMENT_TOKEN_TO_BE_REPLACED

Venezuela denounces international complicit silence on the massacre in Colombia “The cause of the massacred youth in Colombia is also a problem for Venezuela because we are brothers,” said the President of the Republic, Nicolás Maduro, on Tuesday, referring to the protests taking place in Colombia.

During a working day dedicated to the National University Entrance System “Bicentennial 2021”, the head of state expressed solidarity with the Colombian youth, in the face of the massacre carried out by the Colombian police force.

“When we see how they are murdered, raped young women and denied the right to education is when one says that Venezuela must be defended,” he said.

END_OF_DOCUMENT_TOKEN_TO_BE_REPLACED

OPPRESSION OF WORKERS OF COLOMBIA

Protests began in Colombia on April 28 as part of a national strike and continue till today. Pictured is a protester in Popayán. Photo: Colombia Informa

As police and military forces in Colombia use violence to try to repress the massive mobilizations that grew out of a national strike, demonstrators have seen flagrant violations of their human rights.

Mainstream media in Colombia and the South American continent have been selectively silent about the atrocities, and so those seeking to either learn or share information on the situation have had to turn to social media to break the media blockade. During the day, photos are shared of the colorful marches and joyful mobilizations. At night, videos of terror start appearing with a distressing frequency: the mobile anti-riot squad (ESMAD) and police shooting firearms at defenseless protesters, agents of security forces chasing after young people in the poor neighborhoods to either shoot at them or arrest them and instilling terror in the population, and mothers crying and screaming because their children were killed. END_OF_DOCUMENT_TOKEN_TO_BE_REPLACED

Military Police in Minas Gerais violently evicted families who live at the Quilombo Campo Grande camp. The families had resisted the eviction order for 60 hours, but on Friday August 14 the police resorted to violent tactics such as launching tear gas and sound grenades. The 450 families who live at Quilombo Campo Grande had been living for the past 22 years in the area where sugar mill Ariadnópolis once functioned. The mill went bankrupt and closed down activities in 1996. Since then, the landless families organized in the Landless Rural Workers’ Movement revitalized the land, and produced organic coffee, corn, beans and other food crops. END_OF_DOCUMENT_TOKEN_TO_BE_REPLACED 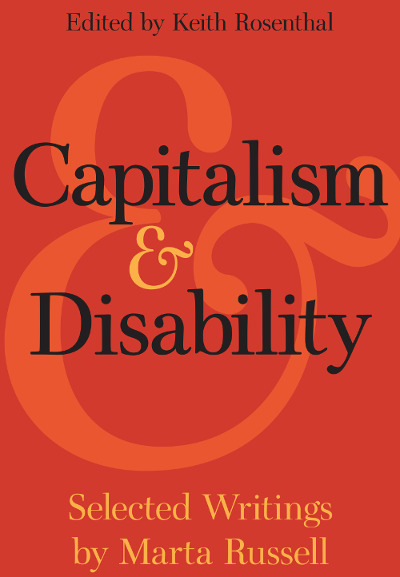 It is often claimed that disabled persons are invisible, disregarded by mainstream society, and irrelevant to the workings of society. This analysis has attempted to explain that the “unemployables” have been deliberately shut out of the labor force due to a capitalist economy that so far has dictated their exclusion by measure of economic calculations that favor the business class. It further posits that disabled persons are further oppressed in capitalist societies by having been purposely shifted onto social welfare or segregated into institutions for similar reasons – to keep workers who could not be profitably employed out of the mainstream workforce but also to exert social control over the entire labor supply. END_OF_DOCUMENT_TOKEN_TO_BE_REPLACED

Dalit women carry a portrait of Ambedkar as they block traffic during a protest in Ahmedabad. Credit: PTI/Files

What do we understand when we identify ourselves as feminist?

The Wire’s Histories of Feminisms project is an attempt to emphasise that there is no linear or one way of understanding and experiencing feminism. Through a series of articles, The Wire draws your attention to some of the different narratives and debates that, over the decades, have come to define feminism. For instance, we recall the first generation of feminists in Kerala, the first women lawyers who surmounted formidable challenges to claim their rightful place in the legal system. We shine a light on women authors who pushed the boundaries of feminism in literature, bring before you the perspectives and experiences of feminist Dalit and Muslim women. We talk about how protagonists of many radical movements and uprisings in public memory are usually male. END_OF_DOCUMENT_TOKEN_TO_BE_REPLACED

END_OF_DOCUMENT_TOKEN_TO_BE_REPLACED

The arrest of five human rights activists on August 28 and the strong condemnation this has invited from a wide spectrum of people all over India may become a landmark in the history of Indian democracy, especially given the judicial proceedings which have been triggered. Some implications of this development have already become clear and more will crystalise—as the case unfolds. END_OF_DOCUMENT_TOKEN_TO_BE_REPLACED