END_OF_DOCUMENT_TOKEN_TO_BE_REPLACED

Resistance is necessary, but it’s not enough to win the world we need. 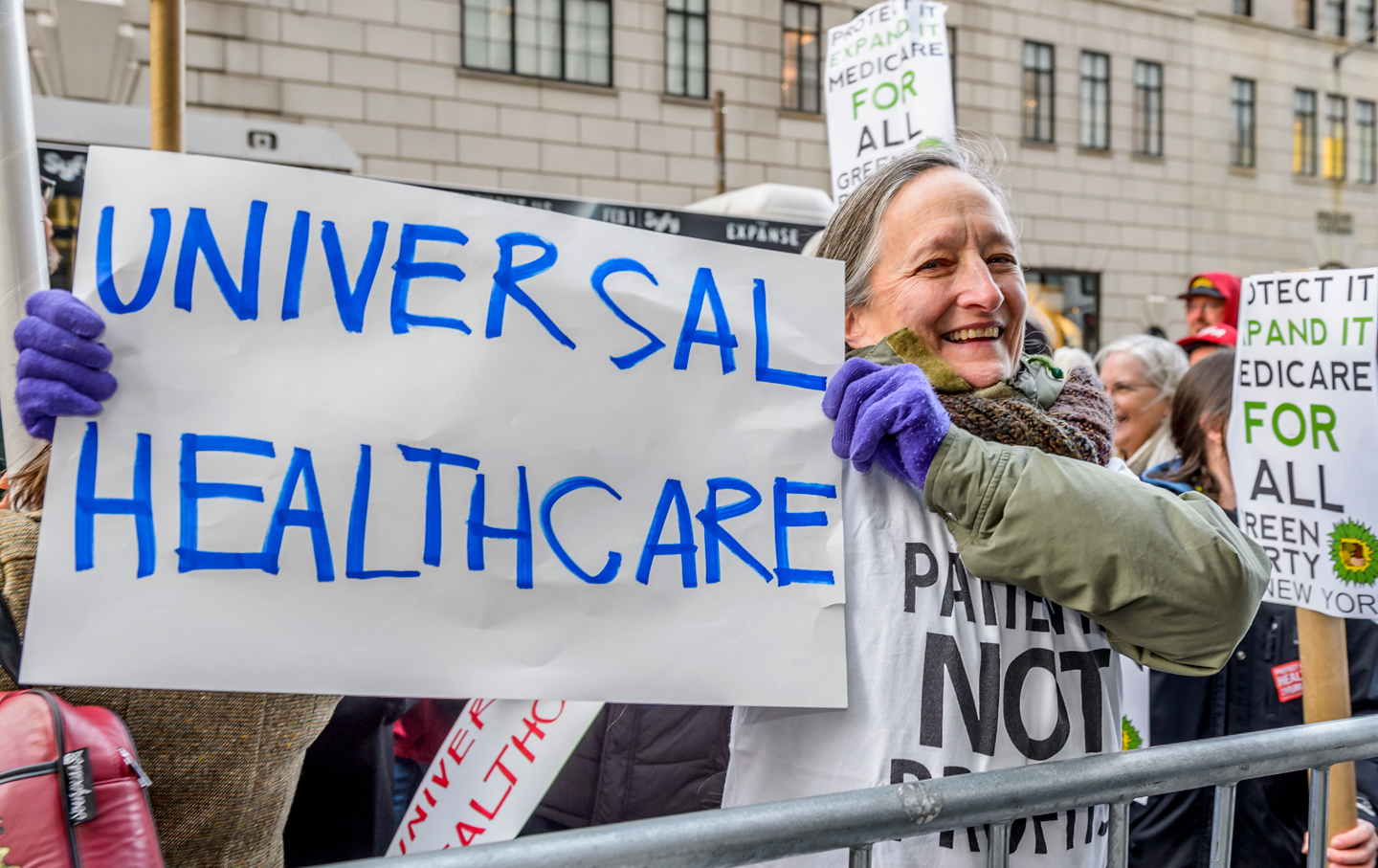 The hour calls for optimism; we’ll save pessimism for better times.
—Jean-Claude Servais

A great many people, myself included, have understandably used the word “shock” to describe Donald Trump’s election and the first months of his presidency. Though he breaks the mold in some ways, Trump’s tactics do follow a script, one familiar from other countries that have had rapid changes imposed under the cover of crisis. In his first week in office, for example, Trump signed a tsunami of executive orders that had people reeling, madly trying to keep up. Since then, he’s never allowed the atmosphere of chaos and crisis to let up.

END_OF_DOCUMENT_TOKEN_TO_BE_REPLACED Review of Naomi Klein, No Is Not Enough: Resisting Trump’s Shock Politics and Winning the World We Need (Chicago: Haymarket, 2017).

A new book by Naomi Klein, one of the leading left journalists and critics in North America, and the author of such important treatises as No Logo, The Shock Doctrine, and This Changes Everything is not something one wants to miss, especially when it is on the 2016 election and the rise of Donald Trump. This book, though, written over a few months rather than years, is meant to play a different role than her major treatises. No Is Not Enough is a conversational book aimed at a liberal audience perplexed by the whole Trump phenomenon and wanting to know what to do. Klein’s answer is to resist, but to resist with a purpose.

END_OF_DOCUMENT_TOKEN_TO_BE_REPLACED

Harnessing the broad desire for “transformative change,” thousands are expected to gather this weekend in Chicago for a three-day event centered around many of the progressive issues that Bernie Sanders put at the forefront of his presidential campaign.

Backed by organizations including 350.org, Physicians for a National Health Program, National Nurses Union (NNU), Hedge Clippers, and the People for Bernie, the People’s Summit says in its call for the event that it aims “to bring together activists committed to a different kind of agenda: a People’s Agenda that can enhance and expand issue campaigns and hold all elected officials accountable to popular demands for justice, equality, and freedom.” END_OF_DOCUMENT_TOKEN_TO_BE_REPLACED

Clinton was asked by another climate activist at a Pittsburgh rally on Thursday night if she would reject money from fracking lobbyists—to which Clinton laughed and said, “Read the articles.” (Photo: Gage Skidmore/flickr/cc)

Whatever Bernie Sanders thinks of Hillary Clinton’s presidential qualifications, the former secretary of state is “uniquely unsuited” to the task of stopping climate change, author and activist Naomi Klein writes in a new op-ed for The Nation . END_OF_DOCUMENT_TOKEN_TO_BE_REPLACED

Naomi Klein, the Canadian social justice activist and best-selling author, declared in a new interview that, when it comes to climate, she does not trust Hillary Clinton.

In an interview preview aired Tuesday, Klein argues that Clinton’s corporate ties make her a “vulnerable” candidate for the presidency and that Democratic rival Bernie Sanders is a “significantly better candidate.”

Naomi Klein is a journalist and author who has written for a number of publications about environmentalism, globalization, the wars in Iraq, and the impact of unrestrained neoliberal economics. She has also written several books on the anti-corporate movement (and in addition to print, has made documentary films on the subject with her husband, Avi Lewis). Her critiques of free market fundamentalism earned her the £50,000 (about $76,000) Warwick Prize for Writing and a place on the New York Times bestseller list.

In this interview, Klein tells the Bulletin’s Dan Drollette about her latest non-fiction book, This Changes Everything: Capitalism vs the Climate, published by Simon & Schuster in 2014. The book takes no prisoners, pointing at weak government efforts to address climate change; environmental groups that have compromised with industry on too many issues; what she considers to be pie-in-the-sky “techno-fixes” such as carbon sequestering; conservatives who consistently deny climate change is even happening; and corporations that Klein thinks are seeking to earn a profit by scuttling efforts to deal with the crisis. END_OF_DOCUMENT_TOKEN_TO_BE_REPLACED

Canadian activist and author of This Changes Everything: Capitalism versus Climate Naomi Klein spoke to a packed audience at the Festival of Dangerous Ideas, Sydney Opera House on September 5. This is an edited transcript of her speech. Klein and Avi Lewis’ film This Changes Everything is about to be released.

I want to thank you for your acknowledgement of country. Out of respect I’d also like to acknowledge the traditional owners of this land, past and present, here in Sydney and the elders of the over 500 Aboriginal nations across Australia.

When British colonisers first came to this land they treated it as if these nations did not exist, as if it were empty land, unsettled, terra nullius. These early settlers encountered people of course. It is in all of the colonial records. But the humanity of those people, and the complex culture they had built, was not recognised under law. Humanity nullified.

That highly profitable refusal to see the humanity of others, made possible by crude theories of superiority, is the foundational sin of your country, as it is of mine. In Canada, where I come from, we often signed treaties [with the indigenous peoples]. But we broke them with impunity so it is not really all that different. END_OF_DOCUMENT_TOKEN_TO_BE_REPLACED