The US imperialist ruling class is the world’s most dangerous predator. Immoral and opportunistic, it can prey on anyone, including “class allies”

While the class character of regimes under siege by Western powers is often explored in analyses of imperialist interventions and is frequently invoked to justify them, it neither explains why capitalist imperialist powers intervene nor stands as a justification for their actions.

The relevant consideration in explaining why interventions occur is not the political orientation of the government under siege, nor its relations with its citizens, but whether it accommodates the profit-making interests of the dominant class in the intervening countries. Does it welcome foreign investment, allow repatriation of profits, demand little in the way of corporate income tax, open its markets, and offer abundant supplies of cheap labor and raw materials? Or does it impose high tariffs on imports, subsidize domestic production, operate state-owned enterprises (displacing opportunities for foreign-private-owned ones), force investors to take on local partners, and insist that workers be protected from desperation wages and intolerable working conditions?

END_OF_DOCUMENT_TOKEN_TO_BE_REPLACED

Antivaxxers of all stripes are a threat to public health

In the United States, most of the Covid antivax agitation comes from rightwing sources. It is dangerous and reprehensible because it threatens legitimate public health efforts to bring a pandemic under control that has already killed at least 750,000 people in the U.S. and five million worldwide. The rightwing ideologues who carry out this campaign of disinformation are simply unconscionable scoundrels.

Unfortunately, they have “leftwing” ideological allies who devise rationales designed to appeal to progressive-minded people. A blog post entitled “The Snake-Oil Salesmen and the COVID-Zero Con: A Classic Bait-And-Switch for a Lifetime of Booster Shots (Immunity as a Service)” provides a prime example.

END_OF_DOCUMENT_TOKEN_TO_BE_REPLACED

The humiliations suffered by undocumented Central American migrants who try to cross Mexico to reach the United States, seeking to save themselves from the institutional violence of the narco-State, in the case of Guatemala, El Salvador and Honduras, have hurt a lot. The famous northern triangle that is so much charged here and there by politicians in the discourse of transnational corporations that in exchange for a crumb that they throw from the rocking chair where they rock; placid and jampones, they take the entrails of the land that they are drying, because it is not theirs, it is that of the peoples sullied for centuries.

END_OF_DOCUMENT_TOKEN_TO_BE_REPLACED

While much is made about the alleged lack of support for President Maduro (the millions of votes his party got will never be acknowledged by the U.S.), it’s less known that the opposition is deeply unpopular.

For the first time in four years, every major opposition party in Venezuela participated in elections. For the fifth time in four years, the left won in a landslide. Voters elected 23 governors, 335 mayors, 253 state legislators, and 2,471 municipal councilors. The governing United Socialist Party of Venezuela (PSUV) won at least 19 of 23 governorships (one race remains too close to call) and the Caracas mayoralty in the November 21 “mega-elections.” Of the 335 mayoral races, the vote count has been completed in 322 of them, with PSUV and its coalition taking 205, opposition coalitions 96, and other parties 21. Over 70,000 candidates ran for these 3,082 offices, and 90% of the vote was counted and verified within hours of polls closing. Turnout was 42.2%, eleven points higher than last year’s parliamentary elections.

Here’s why chavismo, the movement behind Venezuela’s Bolivarian Revolution, won:

END_OF_DOCUMENT_TOKEN_TO_BE_REPLACED

Since the emergence of anti-neoliberal governments in Latin America, the continent has become the epicenter of the great political struggles of the 21st century and, at the same time, a seesaw, in which governments are installed and defeated, return and experience great instability, some reassert themselves.

Since the victory of Hugo Chavez, anti-neoliberal governments have been continuously installed in Latin America: in Brazil, Argentina, Uruguay, Bolivia, Ecuador, between 2003 and 2006.

END_OF_DOCUMENT_TOKEN_TO_BE_REPLACED

A socialist forum on China and the Left, sponsored by the Qiao Collective, was held in New York City on September 18, 2021.  The Qiao Collective was formed in January 2020 by intellectuals and activists of the Chinese diaspora, with the intention of defending Chinese socialism against imperialist aggression.

In the Opening Keynote address on the “The U.S. Hybrid War,” Michelle of the Qiao Collective maintained that Chinese trade has long stimulated imperialist aggression, which has included the colonial concession zones, the taking of Hong Kong, the backing of Chinese nationalists, and the support of Formosa.  Imperialist aggression against China is historic.

She maintained that it is the nature of imperialism to suppress socialism, which she characterized as a process that includes the development of the productive forces in order to provide for the basic needs of the people.  However, in spite of this natural antagonism between imperialism and socialism, China has uplifted the standard of living of the people, which Michelle confirmed with respect to her relatives in China.  Such accomplishments are dismissed in the world, even by the left.

END_OF_DOCUMENT_TOKEN_TO_BE_REPLACED

Congratulations President Pedro Castillo Terrones! We salute him from Cuba and wish him success in his management, wrote on Twitter the First Secretary of the Central Committee of the Communist Party of Cuba and President of the Republic, Miguel Díaz-Canel

After a wait of more than 40 days since the completion of the second electoral round, the candidate of the Peru Libre party, the teacher Pedro Castillo Terrones, was officially proclaimed, on Monday night, as the new president of Peru.

Congratulations President Pedro Castillo Terrones! We salute him from Cuba and wish him success in his management, the First Secretary of the Central Committee of the Communist Party of Cuba and President of the Republic, Miguel Díaz-Canel, wrote on Twitter.

END_OF_DOCUMENT_TOKEN_TO_BE_REPLACED

Lost at Sea: Left Liberals have no Party 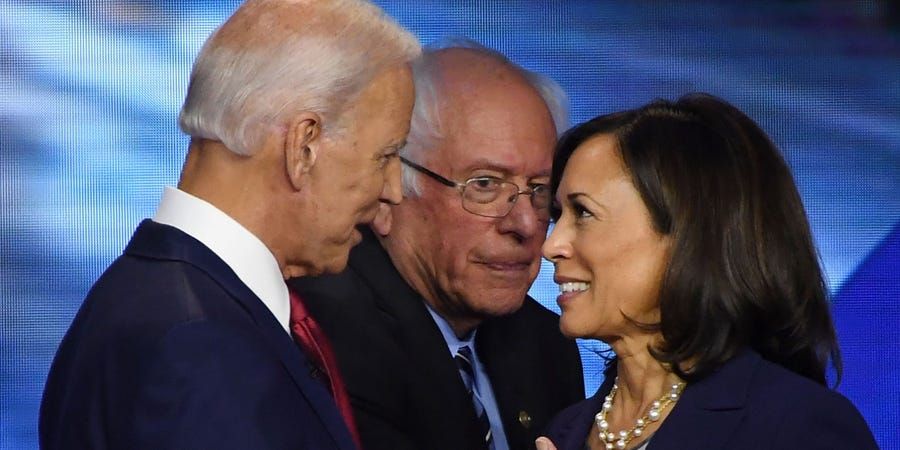 I wrote this article over four years ago in 2016 (first ran on 03 MAY 2016) for the purpose of challenging left liberals to face the fact that they have no party. In re-reading it today, everything I said in the original article remains true. In fact, the Democratic Party has leaned even further to the right over the last four years.
In the face of the protests against the police killing of George Floyd and many other black Americans, the Democratic Party has done nothing. Even worse, in the face of these uprisings the Democratic Party candidate for president has named a vice-president who might be labelled the Queen of Prosecutions. Kamala Harris would be one of the first to prosecute the very blacks who are part of the uprising.

The only thing I want to add to this article is to define the term “left liberal” more precisely. The old liberals of the Enlightenment were committed to a constitution under law. They were against monarchies, for tolerance of divergent views and for separation of church and state. Left liberals during the FDR era have the following characteristics:

END_OF_DOCUMENT_TOKEN_TO_BE_REPLACED

A statement signed by former Brazilian president Dilma Rousseff and Indian Kerala State’s finance minister Thomas Isaac, among others, highlights the inadequacy of the measures announced recently by the G20 and IMF to postpone debt repayment

Prominent left-wing politicians and journalists from across the world have issued a joint statement demanding the cancellation of all debts incurred by the developing countries. The signatories to the statement include former Brazilian president Dilma Rousseff, foreign minister of Venezuela Jorge Arreaza and the finance minister of the Indian State of Kerala, Thomas Isaac. They reminded global leaders that “debt suspension or postponement does not provide a foundation for the necessary development” but “merely puts off the reckoning. END_OF_DOCUMENT_TOKEN_TO_BE_REPLACED