Despite nationwide flight cancellations due to weather conditions and labor shortages, the 2022 Labor Notes Conference drew a huge and diverse crowd of more than 4,000 workers from across the globe.

They heard daring tales of organizing, learned strategies for getting a first contract, and joined a joyous Juneteenth celebration. Many workshops were packed, standing room only.

“We are in many ways living through a very hard time, and yet the outlook for working people is hopeful,” said Alexandra Bradbury, editor of Labor Notes, at the Friday night main session. “The terrain has shifted, and there’s a new spirit of resistance. We all feel it. There’s hope in the air.”

END_OF_DOCUMENT_TOKEN_TO_BE_REPLACED

From the Great Resignation to ‘Striketober’ and ‘Strikesgiving,’ 2021 has been a pivotal year for workers and the labor movement, but there’s still a lot of work to do in 2022. We talk to three union organizers about the task ahead.

2021 was an energizing year for a labor movement that has had its back against the wall for a long time. From record numbers of American workers voluntarily quitting their jobs to publicly supported strikes and unionization drives in different sectors of the economy, more and more working people are taking action and standing up for themselves. But this is just the beginning—there’s still a lot of work to do, and 2022 will provide a crucial test for the labor movement and its supporters. In this special panel episode of Working People, originally published in November as a bonus episode for patrons, TRNN Editor-in-Chief Maximillian Alvarez talks to three full-time union organizers—Puja Datta (American Federation of State, County and Municipal Employees), Margaret McLaughlin (United University Professions), and Diana Hussein (UNITE HERE)—about what Striketober and 2021 in general have meant for the labor movement. They also discuss the day-to-day work of being a union organizer and what people around the country can do to build working-class power.

END_OF_DOCUMENT_TOKEN_TO_BE_REPLACED

The results of New Zealand’s October 17 election reflect a real appetite for progressive change in the country. But activists don’t expect the victorious Labour Party to make that change without a serious push from below on issues ranging from raising the minimum wage to enacting climate legislation with strong enforcement mechanisms. Photo: 350.org, CC BY-NC-SA 2.0.

That’s the phrase union activists in New Zealand have been repeating since the Labour Party’s landslide victory in our national election on October 17.

Led by charismatic and media-savvy Prime Minister Jacinda Ardern, Labour took over 49 percent of the popular vote. The party will now have 64 of 120 seats in parliament. This is unheard of in New Zealand, where since 1996 we have had a mixed-member proportional (MMP) voting system that has always led to multi-party coalition governments. END_OF_DOCUMENT_TOKEN_TO_BE_REPLACED

Forging Unity Within the Working Class: An Interview with Michael D. Yates 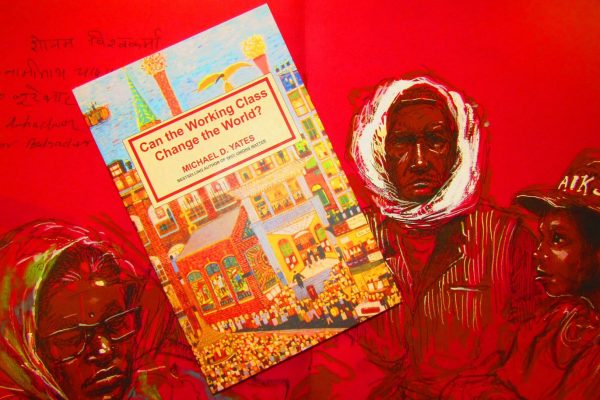 In its desperate race to survive its series of crises, capitalism keeps clinging onto its old tool of dividing the working class. But, since commencing its political fight, the working class has uplifted a different call: Workers of the world unite! More than one hundred years ago, the proletariat in Russia trampled over all the divisions among the working class created by capital and achieved a historic victory—the Great October Revolution. But, today, more than a century after the October Revolution, the working class remains divided. In this context, Michael D. Yates, author of Can the Working Class Change the World? (Monthly Review Press, 2018) among other works, longtime union activist, labor educator, and editorial director of Monthly Review Press and former associate editor of Monthly Review magazine, focuses on the question of working-class unity in the following August 2020 interview with Farooque Chowdhury, author and editor of a number of books on working-class history, capitalist crisis, the environment, and microcredit. Chowdhury writes from Dhaka, Bangladesh.

Farooque Chowdhury: Nowadays, far-reaching rage and protests are unfolding in many countries. Hundreds of thousands of people are marching, demanding justice, dignity, equity, safety, and security. These protests are questioning and challenging state machines, ultimately turning into political struggle with political slogans. However, in certain contexts, these struggles occur along color or caste lines instead of class lines despite the ruling class and its state machine being united as a single force to control every sphere of working-class life. From jobs, infrastructure, and incarceration to recreation, land, and home life, the ordinary people are unceasingly under attack. In this context, how do you understand today’s struggles in a number of countries operating along color or caste lines instead of class lines? END_OF_DOCUMENT_TOKEN_TO_BE_REPLACED

WHEN THE dust settles on Britain’s first December election in a century the left and labour movement cannot afford a moment’s rest.

The Morning Star’s print deadlines mean voting is still ongoing as we head for the presses — but however the chips fall we are in for a tremendous struggle. In four-and-a-half years the state of the left has been transformed.

Two completely contrasting visions for our future were on the ballot paper. Labour’s offer went further than two years ago, it stood on a more detailed and more radical platform and has a programme that can not only make an immediate difference to the most vulnerable but presages a more permanent democratisation of our society. END_OF_DOCUMENT_TOKEN_TO_BE_REPLACED

POLICE warnings that the fastest-growing terrorist threat in Britain comes from the far right shows that the left and the labour movement need to up our game on anti-fascist organising.

Britain does not currently face the menace of a major far-right electoral force in our politics.

END_OF_DOCUMENT_TOKEN_TO_BE_REPLACED

HOW many union members expected to live to see the day when a Labour leader would tell a union conference he is “proud” to have been a lifelong trade unionist and will die so?

Jeremy Corbyn’s address to the Communication Workers Union (CWU) conference in Bournemouth confirmed that the labour movement choice to back a socialist as Labour leader was the correct one. END_OF_DOCUMENT_TOKEN_TO_BE_REPLACED