For the second time in the five months since he was inaugurated, President Joe Biden on Sunday ordered a U.S. bombing raid on Syria, and for the first time, he also bombed Iraq. The rationale offered was the same as Biden’s first air attack in February: the U.S., in the words of Pentagon spokesman John Kirby, “conducted defensive precision airstrikes against facilities used by Iran-backed militia groups in the Iraq-Syria border region.” He added that “the United States acted pursuant to its right of self-defense.”

Embedded in this formulaic Pentagon statement is so much propaganda and so many euphemisms that, by itself, it reveals the fraudulent nature of what was done. To begin with, how can U.S. airstrikes carried out in Iraq and Syria be “defensive” in nature? How can they be an act of “self-defense”? Nobody suggests that the targets of the bombing campaign have the intent or the capability to strike the U.S. “homeland” itself. Neither Syria nor Iraq is a U.S. colony or American property, nor does the U.S. have any legal right to be fighting wars in either country, rendering the claim that its airstrikes were “defensive” and an “act of self-defense” to be inherently deceitful.

END_OF_DOCUMENT_TOKEN_TO_BE_REPLACED

An estimated $150 billion of stolen money has been smuggled out of Iraq in corrupt deals since the US-led invasion of Iraq in 2003, Iraqi President Barham Salih said Sunday.

“Of the close to a thousand billion dollars made from oil since 2003, an estimated $150 billion of stolen money has been smuggled out of Iraq,” Salih said in a televised speech. END_OF_DOCUMENT_TOKEN_TO_BE_REPLACED 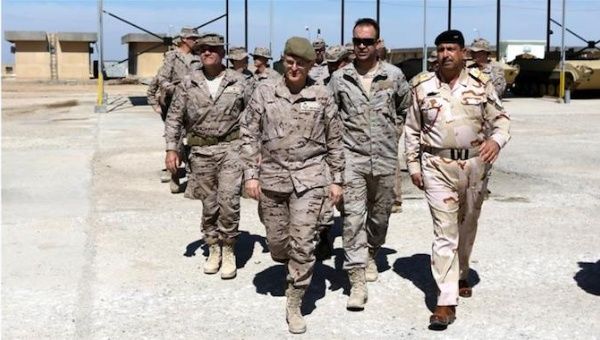 The Iraqi military warned the air strikes would have consequences while the foreign ministry said it summoned the U.S. and British ambassadors.

Iraq condemned overnight U.S. airstrikes on Friday, saying they killed six people and warning of dangerous consequences for a “violation of sovereignty” and targeted aggression against the nation’s regular armed forces.

END_OF_DOCUMENT_TOKEN_TO_BE_REPLACED

The United States government flexed its muscles to Iraq over Iraq’s threats to oust some 5,300 US troops from the country.

The U.S. State Department warned that if its troops were expelled, the U.S. could cut off access to a key Iraqi bank account held at the Federal Reserve Bank of New York that holds billions in oil revenues, Iraqi officials told The Wall Street Journal.

Shutting off the spigot to Iraq could squeeze the country’s access to cash, gumming up its financial system and wreaking havoc on its economy.

The warning to Iraq was the latest in the fallout from the US missile strike on Iraqi soil last week that killed a top Iranian general. END_OF_DOCUMENT_TOKEN_TO_BE_REPLACED

The stakes are too immense for the US. It has all to do with their move towards world hegemony by territory and by finance – meaning by the U.S. dollar.

Why doesn’t the U.S. respect the decision made by the Iraqi Parliament and move out of Iraqi territory? – The short answer is, because the U.S. doesn’t respect anybody’s – any country’s – decision or sovereignty, as long as it doesn’t meet their objectives.

Now, the U.S. is steadfast and will not leave the region. Already President Assad has requested that the U.S. leave Syrian territory. They didn’t. The stakes are too immense for the US. It has all to do with their move towards world hegemony by territory and by finance – meaning by the US dollar.

END_OF_DOCUMENT_TOKEN_TO_BE_REPLACED

MOURNERS paid their respects to Iraqi communist poet Ali Najim al-Lami as he was laid to rest yesterday, a day after his assassination in Baghdad.

The Iraqi Communist Party member was shot dead in the al-Shaab district as he made his way home from a protest in Tahrir Square.

The Unions of Iraqi Writers condemned “this cowardly act,” which took place as demonstrations against the Iraqi government continued, despite widespread repression.

END_OF_DOCUMENT_TOKEN_TO_BE_REPLACED 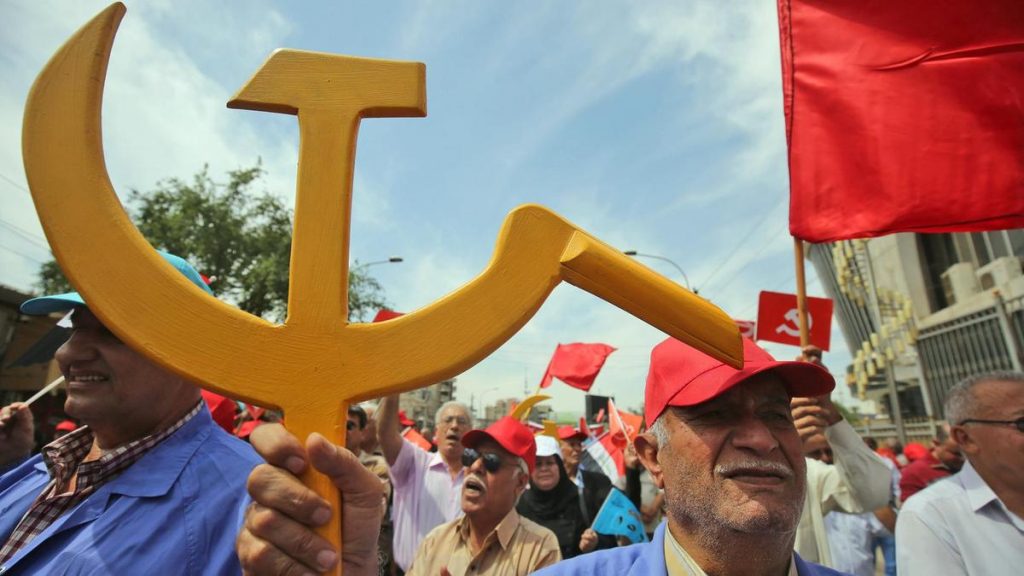 Iraqi Communist Party (ICP) calls for the resignation of the government, a total replacement of the current system by a new system, and for continuing the uprising with the same motivation and power until people’s demands are met.

As massive demonstrations over unemployment, rampant corruption, poor delivery of services, and sectarianism are gaining momentum, the ICP – the country’s oldest existing political party – issued a statement calling the current system a “terrible failure at all levels.” The ICP said the popular revolt has created “a new reality” with people taking to the streets and risking their lives not for “partial solutions and cosmetic reforms.” END_OF_DOCUMENT_TOKEN_TO_BE_REPLACED 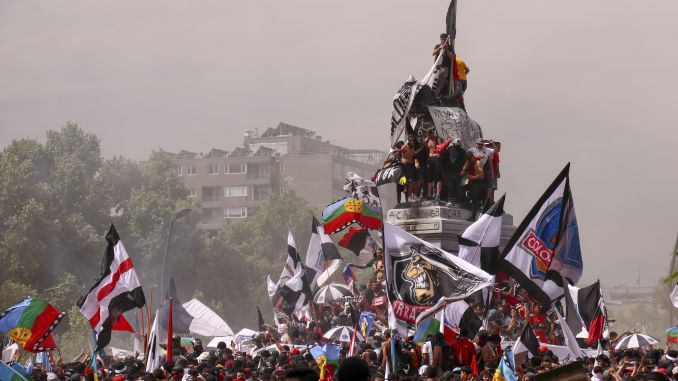 It is a very good question that Medea Benjamin and Nicolas J.S. Davies pose  in their recent Countercurrents article – “Why aren’t Americans rising up like the people of Chile and Lebanon?”  It is a good question and they give several very good answers to it; answers the people of America and the people of the world need to hear in order to truly understand American life.  In fact, I thought the article so informative and so worthy that I copied parts of it to hand out to the Russians who come to hear my biweekly lectures at the American Cultural Center in Moscow. (Which, since Russia threw out most of the American diplomatic representatives last year,  is no longer run by Americans but rather by the Russian Ministry of Culture.)  I had them read it aloud in class and when they were done, they were stunned silent by its message. END_OF_DOCUMENT_TOKEN_TO_BE_REPLACED

END_OF_DOCUMENT_TOKEN_TO_BE_REPLACED

The Higher Ministerial Committee formed to investigate civilian deaths during the initial protests revealed in its final report that 157 people perished, including eight members of the security forces.

The Iraqi High Commission For Human Rights said on Wednesday that 100 people have been killed and 5,500 others injured in the latest round of anti-government protests, which began Oct. 25.