Archaeologists have uncovered evidence that hunter-gatherers in North America were using tobacco around 12,300 years ago — 9,000 years earlier than was previously documented.

Tobacco use spread worldwide after contact between European explorers and Indigenous people in North America in the fifteenth century. But researchers debate precisely how and when tobacco plants (Nicotiana spp.) were first domesticated.

Now, Daron Duke and his colleagues at the Far Western Anthropological Research Group in Davis, California, have discovered the oldest direct evidence of tobacco use at a hunter-gatherer camp in Utah’s West Desert. They published the findings on 11 October in Nature Human Behaviour1.

END_OF_DOCUMENT_TOKEN_TO_BE_REPLACED

A decade ago, anthropologists shocked the world when they discovered a fossil pinkie bone from a then-unknown group of extinct humans in Siberia’s Denisova Cave. The group was named “Denisovans” in its honor. Now, an extensive analysis of DNA in the cave’s soils reveals it also hosted modern humans—who arrived early enough that they may have once lived there alongside Denisovans and Neanderthals.

The new study “gives [researchers] unprecedented insight into the past,” says Mikkel Winther Pedersen, a molecular paleoecologist at the University of Copenhagen who was not involved with the work. “It literally shows what [before] they have only been able hypothesize.”

END_OF_DOCUMENT_TOKEN_TO_BE_REPLACED

Scientists have successfully eliminated HIV from the DNA of infected mice for the first time, bringing them one-step closer to curing the virus in humans. A research report says this advancement of science.

The research report – “Sequential LASER ART and CRISPR Treatments Eliminate HIV-1 in a Subset of Infected Humanized Mice” – has been published in Nature Communications (volume 10, Article number: 2753 (2019)) on July 2, 2019. END_OF_DOCUMENT_TOKEN_TO_BE_REPLACED 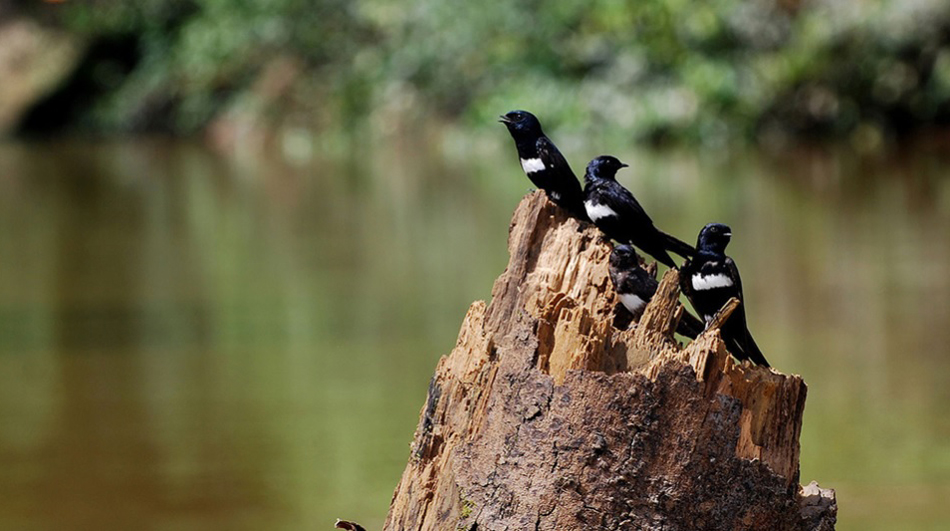 White-banded swallows in Yasuni National Park, one of the places that has largely escaped human pressures. | Geoff Gallice/Flickr (CC)

A study published in Science Friday presents what authors call a sobering “reality check” on global efforts to protect biodiversity—one third of all conservation areas set aside as wildlife sanctuaries or national parks are “highly degraded” by human activities. END_OF_DOCUMENT_TOKEN_TO_BE_REPLACED