Here’s how the United Nations should harness science and technology to improve nutrition and safeguard the environment.

The world’s food system is in disarray. One in ten people is undernourished. One in four is overweight. More than one-third of the world’s population cannot afford a healthy diet. Food supplies are disrupted by heatwaves, floods, droughts and wars. The number of people going hungry in 2020 was 15% higher than in 2019, owing to the COVID-19 pandemic and armed conflicts1.

Our planetary habitat suffers, too. The food sector emits about 30% of the world’s greenhouse gases. Expanding cropland, pastures and tree plantations drive two-thirds of the loss in forests (5.5 million hectares per year), mostly in the tropics2. Poor farming practices degrade soils, pollute and deplete water supplies and lower biodiversity.

END_OF_DOCUMENT_TOKEN_TO_BE_REPLACED

The 7,000-year-old skeleton of a teenage hunter-gatherer from Sulawesi in Indonesia could be the first remains found from a mysterious, ancient culture known as the Toaleans, researchers report this week in Nature1.

The largely complete fossil of a roughly 18-year-old Stone Age woman was found in 2015 buried in a fetal position in a limestone cave on Sulawesi. The island is part of a region known as Wallacea, which forms the central islands of the Indonesian archipelago.

DNA extracted from the skull suggests the woman shared ancestry with New Guineans and Aboriginal Australians, as well with an extinct species of ancient human.

END_OF_DOCUMENT_TOKEN_TO_BE_REPLACED

Fossils found in China and Israel dating from around 140,000 years ago are adding to the ranks of hominins that mixed and mingled with early modern humans.

The fossils from Israel hint that a previously unknown group of hominins, proposed to be the direct ancestors of Neanderthals, might have dominated life in the Levant and lived alongside Homo sapiens1,2. Meanwhile, researchers studying an extremely well-preserved ancient human skull found in China in the 1930s have controversially classified it as a new species — dubbed Dragon Man — which might be an even closer relative to modern humans than are Neanderthals3,4.

END_OF_DOCUMENT_TOKEN_TO_BE_REPLACED

On a clear day, the view from the ruins of Göbekli Tepe stretches across southern Turkey all the way to the Syrian border some 50 kilometres away. At 11,600 years old, this mountaintop archaeological site has been described as the world’s oldest temple — so ancient, in fact, that its T-shaped pillars and circular enclosures pre-date pottery in the Middle East.

The people who built these monumental structures were living just before a major transition in human history: the Neolithic revolution, when humans began farming and domesticating crops and animals. But there are no signs of domesticated grain at Göbekli Tepe, suggesting that its residents hadn’t yet made the leap to farming. The ample animal bones found in the ruins prove that the people living there were accomplished hunters, and there are signs of massive feasts. Archaeologists have suggested that mobile bands of hunter-gatherers from all across the region came together at times for huge barbecues, and that these meaty feasts led them to build the impressive stone structures.

END_OF_DOCUMENT_TOKEN_TO_BE_REPLACED

We trekked through the Bolivian Amazon, drenched in sweat. Draped head to toe in bug repellent gear, we stayed just ahead of the clouds of mosquitoes as we sidestepped roots, vines and giant ants. My local research assistant Dino Nate, my partner Kelly Rosinger and I were following Julio, one of my Tsimane’ friends and our guide on this day. Tsimane’ are a group of forager-horticulturalists who live in this hot, humid region. Just behind us, Julio’s three-year-old son floated happily through the jungle, unfazed by the heat and insects despite his lack of protective clothing, putting my perspiration-soaked efforts to shame.

END_OF_DOCUMENT_TOKEN_TO_BE_REPLACED

The Kalahari is a huge expanse of desert in southern Africa, stretching across Botswana and into the northernmost part of South Africa’s Northern Cape province.

It’s in the Northern Cape that we studied and described a new archaeological site, Ga-Mohana Hill, for research just published in Nature.

Our international team, made up of researchers from South Africa, Canada, the United Kingdom, Australia and Austria, has found evidence for complex symbolic behaviours 105,000 years ago. END_OF_DOCUMENT_TOKEN_TO_BE_REPLACED

It’s not just your storage unit that’s packed to the gills. According to a new study, the mass of all our stuff—buildings, roads, cars, and everything else we manufacture—now exceeds the weight of all living things on the planet. And the amount of new material added every week equals the total weight of Earth’s nearly 8 billion people.

“If you weren’t convinced before that humans are dominating the planet, then you should be convinced now,” says Timon McPhearson, an urban ecologist at the New School who was not involved with the research. “This is an eye-catching comparison,” adds Fridolin Krausmann, a social ecologist at the University of Natural Resources and Life Sciences, Vienna, who also was not involved in the work. END_OF_DOCUMENT_TOKEN_TO_BE_REPLACED 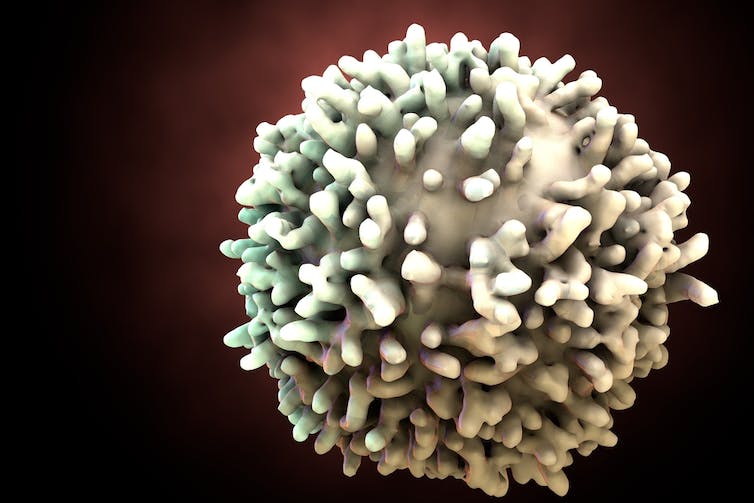 Illustration of an antibody-producing B cell. New research suggests our immune system can remember how to produce antibodies against SARS-CoV-2 at least eight months after infection, and probably even longer. Shutterstock

Early in the pandemic, many researchers feared people who contracted COVID could be reinfected very quickly. This was because several early studies showed antibodies seemed to wane after the first few months post-infection.

It was also partly because normal human coronaviruses, which are one cause of common colds and are cousins of SARS-CoV-2, do not generate long-lasting immunity, so we can get reinfected with them after 12 months.

But new preliminary research suggests key parts of the immune system can remember SARS-CoV-2 for at least eight or nine months, and possibly for years. END_OF_DOCUMENT_TOKEN_TO_BE_REPLACED

Humans are polluting the environment with antibiotic-resistant bacteria, and I’m finding them everywhere 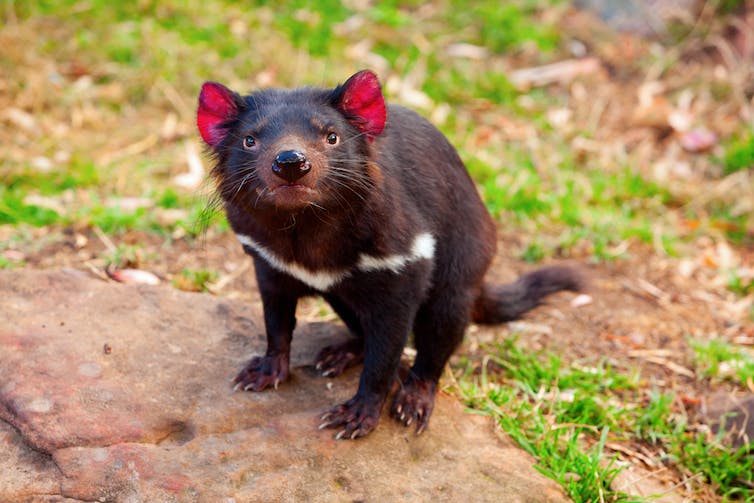 Many of us are aware of the enormous threat of antibiotic- (or “antimicrobial”) resistant bacteria on human health. But few realise just how pervasive these superbugs are — antimicrobial-resistant bacteria have jumped from humans and are running rampant across wildlife and the environment.

The answer to this question does not lie in his physical stature or athletic passion, not even in his ability to train his thinking and devour every chapter of the homeland’s history. There was something much more powerful, something that led him to devote himself entirely to humanity, that gave him a vocation he could not renounce, of doing everything he could to transform and create, as the most sacred duty of a man. What made Fidel a natural leader, with exemplary humility and disinterest, the architect of this enduring work, was the greatest gift Martí left him and his generation: human sensibility. END_OF_DOCUMENT_TOKEN_TO_BE_REPLACED