Cancer is emerging worldwide as a significant public health problem and trends indicate that low-income and middle-income countries (LMICs) are going to witness a substantial increase in cancer burden by 2040.1 Surgery plays a vital role in the management of solid tumours, but only 25% of the global population has access to safe, affordable, and timely surgery.2 This disparity is more pronounced in LMICs dealing with high cancer burden and limited resources. Timely access to quality multidisciplinary care is a critical factor determining outcomes. Surgical outcomes are reliant on the experience and skills of the surgeon, and the availability of ancillary support facilities. Cancer surgery outcomes have improved during the past three decades, primarily because of the advancements made in surgery, anaesthesia, surgical technology, perioperative, and critical care domains.3  4 Operative mortality in patients receiving complex cancer surgeries such as Whipple’s resection and oesophagectomy has reduced drastically.5 However, most of these studies originate from tertiary care cancer centres in high-income countries, and there is little literature available related to cancer surgical outcomes from LMICs.

END_OF_DOCUMENT_TOKEN_TO_BE_REPLACED

The third wave of the COVID-19 pandemic in India sparked by the new variant of concern omicron has stoked fears about an unprecedented rise in cases, followed by a rise in hospitalisations and an overburdened healthcare system — as was seen in the ghastly second wave of April 2021.

India’s metropolitan cities are the epicentre of the third wave of COVID-19 cases. With 2,135 infections of the new variant across the country as of January 5, 2022 — 653 in Maharashtra and 464 in Delhi alone — omicron is fast establishing its dominance.

With 11,665 new cases in the last 24 hours, dedicated COVID-19 hospitals in the national capital are preparing for an unprecedented rise in cases, even though evidence, for now, suggests that omicron infections remain mostly mild.

Down to Earth visited a few hospitals in the national capital to take a pulse of the situation.

END_OF_DOCUMENT_TOKEN_TO_BE_REPLACED

After a serious rise in Cuba of illnesses and deaths from COVID-19 during the summer, there are encouraging developments with a steady recovery and downward curve in illnesses and deaths. Similar to the worldwide “third wave” of COVID, the delta variant quickly became the dominant mutation in Cuba and swept through the island.

Now, people are breathing a sigh of relief this month of October. Workplaces, restaurants, beaches and public spaces are opening up and tourism is soon to be welcomed on November 15. Of course, health experts still urge continued caution to avoid a new outbreak.

Massive vaccination of the population means that by November 15, an astounding 92% of the whole population will be fully vaccinated thanks to Cuba’s development and production of its own vaccines: Abdala, Mambisa and Soberana Plus. In fact, Cuba’s vaccination rate is the fastest in the world, and the only country whose children as young as two years are being covered.

END_OF_DOCUMENT_TOKEN_TO_BE_REPLACED

Latin America is home to about 800 different Indigenous Peoples and Nationalities, the equivalent to 9·8% of its population. The average infant mortality rate in Indigenous children is 60% higher than that in non-Indigenous children.1 In 2018, Ecuador reported that 50·6% of its Indigenous population lived in poverty, compared with 20·9% of the non-Indigenous population.2 Between 2014 and 2017, maternal mortality was 69% higher in Indigenous than in Mestizo women.3 Chronic malnutrition affects one in four Ecuadorian children, and the rate doubles in Indigenous children.4
These figures evidence historical and structural inequalities. Despite discourses of modernisation and development, the old process of colonisation and subjugation of Indigenous Peoples continues. Violent appropriation of territory, forced displacement of peoples and communities, or depredation of their vital spaces for oil and mining are some facets of this domination.

END_OF_DOCUMENT_TOKEN_TO_BE_REPLACED

The absurd inclusion of Cuba in the U.S. State Department list of countries it considers to be sponsors of terrorism, a unilateral decision by former President Donald Trump, has generated condemnations from many countries, organizations and personalities around the world, including the U.S.

The Seattle City Council (Washington state) requested that President Joe Biden reverse the inclusion of Cuba on the spurious list. The resolution, signed by Seattle City Clerk Monica Martinez Simmons, also calls for initiating collaboration with the island in the area of health. END_OF_DOCUMENT_TOKEN_TO_BE_REPLACED 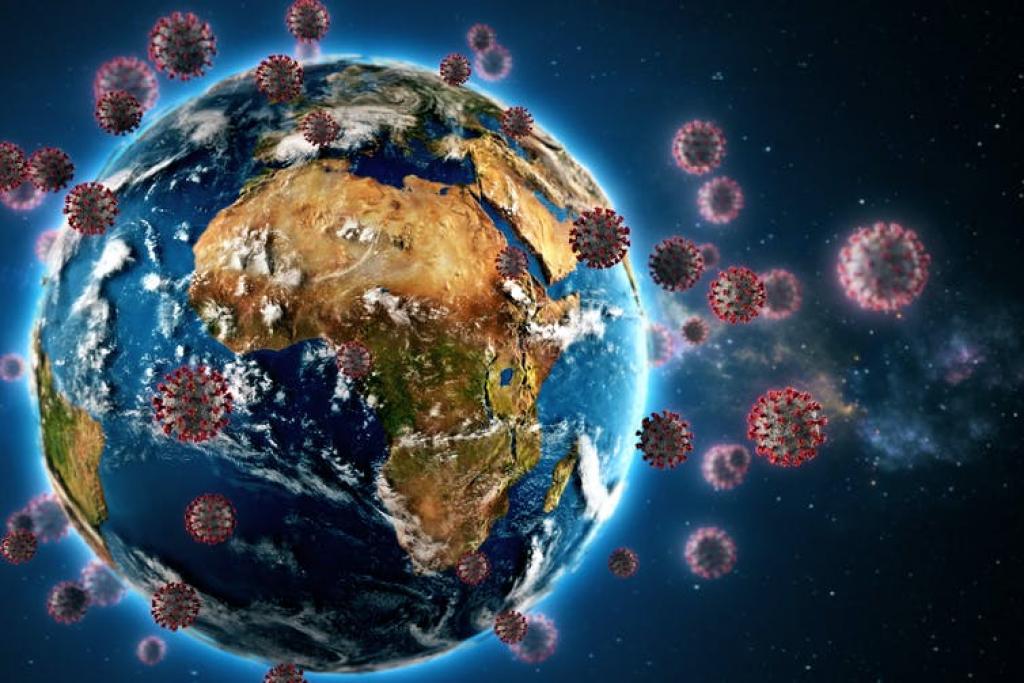 As the threat of the novel coronavirus disease (COVID-19) pandemic emerged earlier this year, many felt a sense of apprehension about what would happen when it reached Africa.

Concerns over the combination of overstretched and underfunded health systems and the existing load of infectious and non-infectious diseases often led to it being talked about in apocalyptic terms.

However, it has not turned out quite that way. On September 29, the world passed the one million reported deaths mark (the true figure will of course be higher). On the same day, the count for Africa was a cumulative total of 35,954. END_OF_DOCUMENT_TOKEN_TO_BE_REPLACED

END_OF_DOCUMENT_TOKEN_TO_BE_REPLACED

Regardless of whether we classify the new coronavirus as a pandemic, it is a serious issue. In less than two months, it has spread over several continents. Pandemic means sustained and continuous transmission of the disease, simultaneously in more than three different geographical regions. Pandemic does not refer to the lethality of a virus but to its transmissibility and geographical extension.

What we certainly have is a pandemic of fear. The entire planet’s media is gripped by coronavirus. It is right that there is deep concern and mass planning for worst-case scenarios. And, of course, the repercussions move from the global health sphere into business and politics. END_OF_DOCUMENT_TOKEN_TO_BE_REPLACED

The novel coronavirus (COVID-19) outbreak has exposed big faultlines in the Indian health system — more prominently in the public-private dichotomy. As the already overburdened public healthcare system comes together to battle out the crisis, advocates of private healthcare stand as mute spectators — or speak up to demand a bailout package.

At a time when patients are being turned away from hospitals or being asked to prove they are COVID-19 free, Federation of Indian Chambers of Commerce & Industry claimed the private healthcare sector needed liquidity infusion, indirect and direct tax benefits and fixed cost subsidies from the government.

Ironically enough, it said the pandemic caused an “adverse impact on the health of private healthcare”. END_OF_DOCUMENT_TOKEN_TO_BE_REPLACED