Google employees protesting the company’s Project Nimbus contract with Amazon Web Services and the Israel Defense Forces (IDF) have gone public with a week of protest actions set to culminate in a multi-city demonstration headlined No Tech for Apartheid.

A multiethnic, multireligious group of Googlers calling themselves Jewish Diaspora in Tech hopes to pressure the tech giant into dropping the mammoth $1.2 billion contract on moral grounds, arguing that by allowing Israel access to its most sophisticated machine learning and AI technology, Google is enabling heinous crimes against the occupied Palestinian population.

END_OF_DOCUMENT_TOKEN_TO_BE_REPLACED

Social media platforms are aggressively censoring all who challenge the dominant narrative on Ukraine, the ruling Democratic Party, the wars in the Middle East and the corporate state.

PRINCETON, NEW JERSEY (Scheerpost) — The ruling class, made up of the traditional elites that run the Republican Party and the Democratic Party, is employing draconian forms of censorship on its right-wing and left-wing critics in a desperate effort to cling to power. The traditional elites were discredited for pushing through a series of corporate assaults on workers, from deindustrialization to trade deals. They were unable to stem rising inflation, the looming economic crisis and the ecological emergency. They were incapable of carrying out significant social and political reform to ameliorate widespread suffering and refused to accept responsibility for two decades of military fiascos in the Middle East. And now they have launched a new and sophisticated McCarthyism. Character assassination. Algorithms. Shadowbanning. De-platforming.

END_OF_DOCUMENT_TOKEN_TO_BE_REPLACED

A French privacy watchdog accused the tech giants Google and Facebook of making it difficult for users to opt out of tracking their activity.

France’s online privacy regulator has ordered Google and Facebook to cough up some €210 million ($237 million) between them, fining the firms for their questionable use of data-tracking ‘cookies’ on their sites.

A report by The Hill (https://thehill.com/policy/technology/588551-google-facebook-hit-with-more-than-200m-in-fines-by-french-regulators) said:

An investigation found the sites “offer a button allowing the user to immediately accept cookies” but they do not provide an option to “easily refuse the deposit of these cookies,” the CNIL data privacy watchdog announced on Thursday.

END_OF_DOCUMENT_TOKEN_TO_BE_REPLACED

Social media corporation Facebook, now called Meta, reported that it eliminated an alleged network of trolling accounts aimed at national audiences in Nicaragua. However, activists and supporters of Daniel Ortega’s government allege that their accounts were closed without prior notice and clarified that they are not trolls.

This was stated by Sandinista activist Ligia Sevilla, who reported that she was censored by the social media platform due to content she posted in support of the government of Daniel Ortega, and against the interests of the right-wing opposition in the Central American country, but above all in favor and in defense of the rights won during the Revolution.

END_OF_DOCUMENT_TOKEN_TO_BE_REPLACED

Facebook spent nearly $20 million during the 2020 election cycle while Amazon spent just under $19 million. Following them were telecoms giant Comcast, a third place, with $14.4 million, which is ahead of a slew of weapons manufacturers like Lockheed Martin, Boeing, and Raytheon. END_OF_DOCUMENT_TOKEN_TO_BE_REPLACED

Editor’s Note: Late last week Facebook suddenly took down Socialist Workers Party (SWP) pages in the UK, where they have long been very active, and similar pages owned by the US Social Equality Party (SEP), publisher of wsws.org. Both organizations are Trotskyist, seen by the mainstream liberals (and rightwingers) as “far left”. Although, as Marxian organizations, both formations often share analyses of major developments, they do not operate jointly in their political actions. As an independent leftist platform, our own publication sometimes reprints materials from wsws.org, when we judge such analyses to be sound, but we do not in general share Trotskyist viewpoints about a number of important subjects, including the nature of the Soviet Union, Stalin, posture toward some international political actors (such as Iran, Syria, China, Russia, Cuba, etc.) and a variety of related strategic and tactical questions. END_OF_DOCUMENT_TOKEN_TO_BE_REPLACED 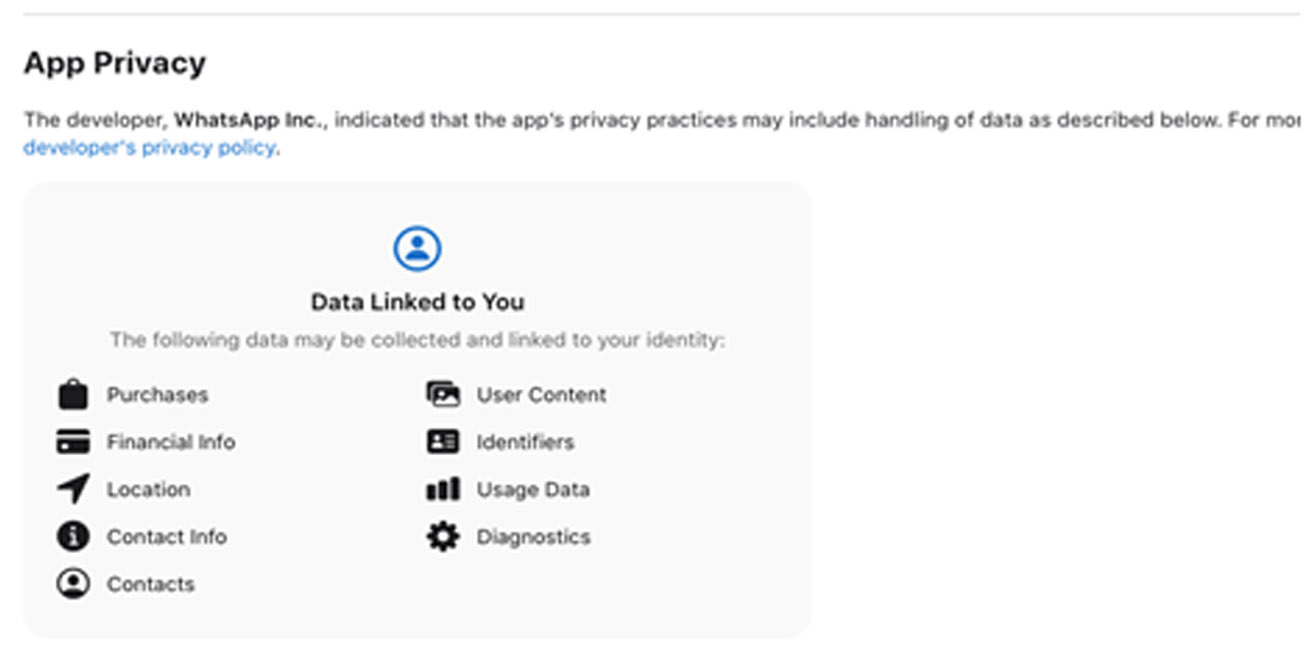 WHATSAPP, a company owned by Facebook since 2014, has issued a new privacy policy changing its data-sharing rules, which will come into effect by February 8, 2021. In this new policy, WhatsApp has declared that it will share data with Facebook, its parent company, about users’ chats, connections, location and device information, transactions and payments. It will also share data of our interactions with other businesses that use Facebook as a platform. The public outcry over the new privacy policy has prompted an exodus to much safer alternatives like Signal. The weekly downloads of Signal and Telegram, another popular messaging app, has increased by millions, coupled with a significant drop in WhatsApp’s new downloads. END_OF_DOCUMENT_TOKEN_TO_BE_REPLACED 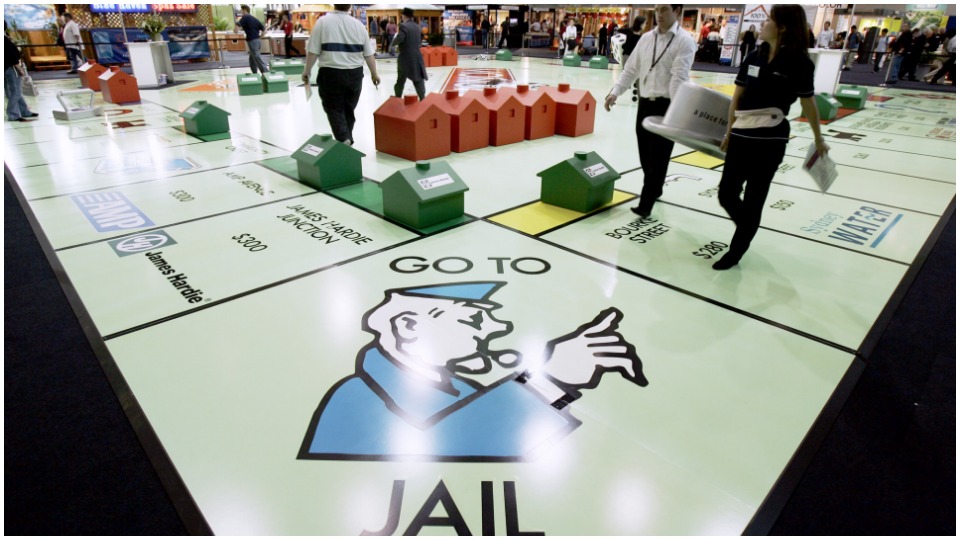 A new report from the House Judiciary Committee says that the four digital giants Amazon, Facebook, Apple, and Google have achieved ‘monopoly power’ in their industries and should be broken up. Here, people participate in a giant game of Monopoly at an event in 2013. | Rick Rycroft / AP

In the middle of the last century, Marxist economist Victor Perlo described the U.S. economy as an “empire of high finance.” If he were writing today, he’d probably update his assessment to say U.S. capitalism has also become an “empire of high technology.”

The U.S. House Judiciary subcommittee on antitrust essentially dances around that conclusion in a new 450-page report released Oct. 6 which declares that the digital giants Amazon, Facebook, Apple, and Alphabet (Google) have achieved “monopoly power” in a variety of sectors. The report recommends a range of reforms, including breaking up the tech conglomerates.

The indictment of Big Tech is the product of a 16-month-long investigation that surveyed over a million documents, conducted dozens of interviews, and held seven hearings. The report presents extensive evidence concerning the extent to which the companies “have exploited, entrenched, and expanded their power over digital markets in anticompetitive and abusive ways.” END_OF_DOCUMENT_TOKEN_TO_BE_REPLACED Facebook said Australian users will no longer be able to post news stories on its platforms in protest of proposed media bargaining legislation.

“Assuming this draft code becomes law, we will reluctantly stop allowing publishers and people in Australia from sharing local and international news on Facebook and Instagram,” Managing Director of Facebook Australia and New Zealand, Will Easton, said in a statement.

END_OF_DOCUMENT_TOKEN_TO_BE_REPLACED

The campus would span a 40-acre site and include public amenities like parks and sports field, retail space, restaurants, and affordable housing. END_OF_DOCUMENT_TOKEN_TO_BE_REPLACED