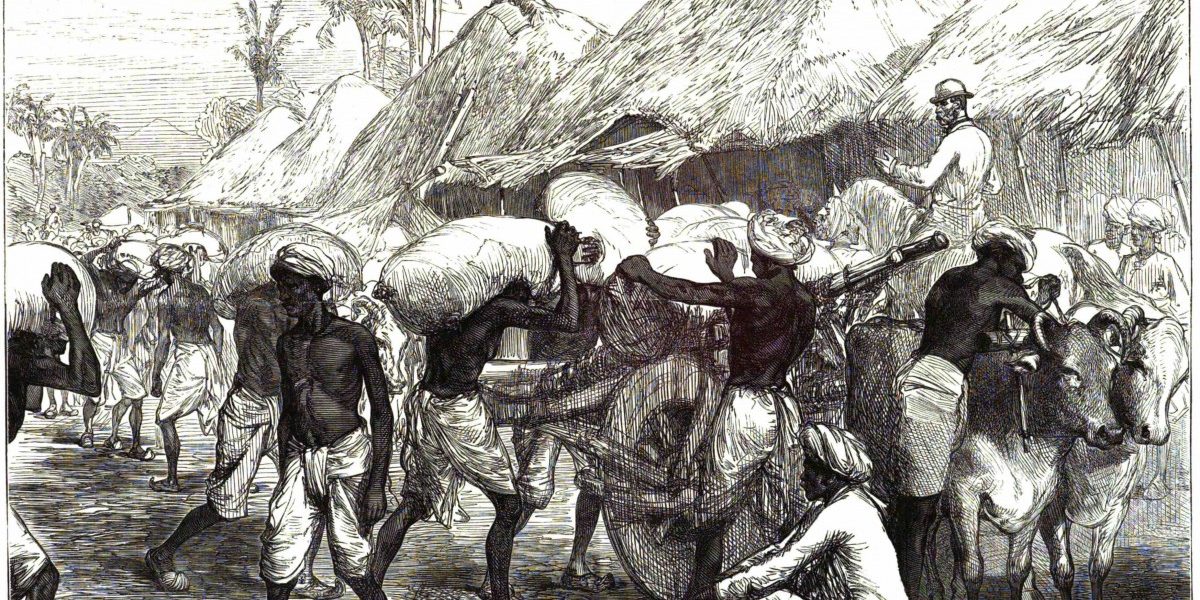 In recent years, our understanding of what the British did (or did not do) in this country has been shaped by ideologues rather than scholars. Born-again patriots produce the Jallianwala Bagh massacre and the Bengal famine as final and conclusive proof that colonialism damaged and deeply degraded India. Latter-day nostalgists answer by holding up the railways as Exhibit A, and the universities as Exhibit B, of how the ruler from afar elevated and educated India. Both sides assemble their arguments mostly from scraps of evidence available online; neither seeks to nuance or complicate their black or white picture with any sort of original research. END_OF_DOCUMENT_TOKEN_TO_BE_REPLACED

Alleged omissions by Marx
In an article tilted Marx and Naoroji—The clue to the puzzle of “drain of wealth” that appeared in The Telegraph on 20 December 2017, Professor Prabhat Patnaik has listed what in his opinion were major omissions by Marx in respect of colonialism [The said article of Prof Pravat Pattanaik may be seen in the “Links to News & Views”-section].

Patnaik has argued that during 1850s, when Karl Marx was working on his Das Kapital, he was also simultaneously writing columns on British Rule in India for New York Daily Tribune and for both he frequently visited the British Museum library and “despite the fact that he was researching on both themes at the same time, the impact of colonialism on the dynamics of capitalism is conspicuously absent in Capital”. END_OF_DOCUMENT_TOKEN_TO_BE_REPLACED [There is a style of indifference to which they are welcome;
But our wishes, we will continue to list.]

In 1950, Aimé Césaire, one of the clearest voices of the 20th century, looked back at the long history of colonialism that was coming to an end. He wanted to judge colonialism from the ashes of Nazism, an ideology that surprised the innocent in Europe but which had been fostered slowly in Europe’s colonial experience. After all, the instruments of Nazism – racial superiority as well as brutal, genocidal violence – had been cultivated in the colonial worlds of Africa, Asia and Latin America. Césaire, the effervescent poet and communist, had no problem with the encounter between cultures. The entanglements of Europe’s culture with that of Africa and Asia had forged the best of human history across the Mediterranean Sea. But colonialism was not cultural contact. It was brutality. END_OF_DOCUMENT_TOKEN_TO_BE_REPLACED

For the vast majority of media outlets Africa is a continent in chaos, a place of countless massacres, epidemics, and starvation caused by conflicts, that generate extremist groups which mercilessly loot, rape, and kidnap.

Also a place with enchanting landscapes, abundant mineral resources, and at the same time threatened by drought and desertification, for many in the West, Africa is the kingdom of tribal conflicts, smuggling, and inevitable poverty. END_OF_DOCUMENT_TOKEN_TO_BE_REPLACED

END_OF_DOCUMENT_TOKEN_TO_BE_REPLACED 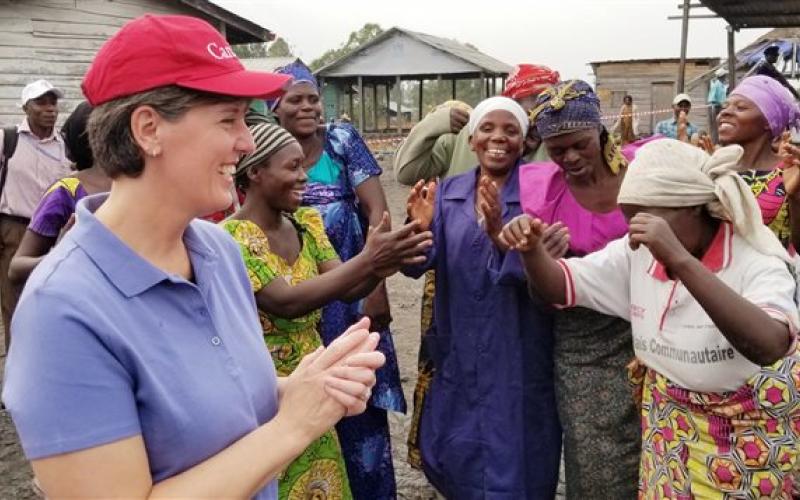 Imagine if the media only reported the good news that governments and corporations wanted you to see, hear and read about. Unfortunately, that is not far from the reality of reporting about Canada’s role internationally.

The dominant media almost exclusively covers stories that portray this country positively while ignoring or downplaying information that contradicts this narrative. The result? Canadians are ignorant and confused about their country’s role in the world.

In a recent example of the ‘benevolent Canada’ bias, the Globe and Mail reported uncritically about a trip International Development Minister Marie-Claude Bibeau made to the Congo. In a story last week headlined “Canada commits $97-million to Congo under feminist foreign-aid policy”, the Globe reported that “Canada has committed nearly $100-million to the Democratic Republic of the Congo to support women’s economic empowerment, protect street children and provide humanitarian assistance.”

END_OF_DOCUMENT_TOKEN_TO_BE_REPLACED

Despite the fact that private contractors have a long record of abuse and deadly criminality, Prince believes that they should have a stronger presence in Afghanistan. (Photo: Melissa Golden/Redux)

Displaying what one commentator called “sheer 19th century bloodlust and thirst for empire,” Erik Prince, founder of the private mercenary firm Blackwater, argued in The Wall Street Journal this week that the United States should deploy an “East India Company approach” in Afghanistan.

The country, he wrote, should be run by “an American viceroy who would lead all U.S. government and coalition efforts—including command, budget, policy, promotion, and contracting—and report directly to the president.”

END_OF_DOCUMENT_TOKEN_TO_BE_REPLACED

The recent seizure of phosphate from a Moroccan state company in South Africa and Panama is a blow to corporate Canada and a victory for national independence struggles. It should also embarrass the Canadian media.

This month courts in Port Elizabeth and Panama City okayed requests by the POLISARIO Front asking South Africa and Panama to seize two cargo ships with 100,000 tonnes of phosphate from Western Sahara, a sparsely populated territory in north-western Africa occupied by Morocco. Ruled by Spain until 1975, Moroccan troops moved in when the Spanish departed and a bloody 15-year war drove tens of thousands of Sahrawi into neighbouring Algeria, where they still live in camps. END_OF_DOCUMENT_TOKEN_TO_BE_REPLACED

‘They are slaves who fear to speak

For the fallen and the weak.’ G. Padmore

The events leading to the demise of the area formerly known as the Union of Soviet Socialist Republics (USSR), now known as The Russian Federation,  did not signify the end of Socialism, but did lead to the collapse of the Soviet block. Many say that the collapse of the Soviet Union brought to an end a certain interpretation of political philosophy and its application. This meeting in China at this moment in world history signifies that although the days of the Soviet block are over, China led by the Communist Party of China, implementing socialism with Chinese characteristics, holds high the banner of Socialism. What that teaches some is that Socialism in China is implemented learning from the experience of China, knowing that Socialism is adaptable to the realities of the place of application. The experience of China has seen its ups and downs. China continues to chart its way in an international environment not of its choosing.

END_OF_DOCUMENT_TOKEN_TO_BE_REPLACED

Old Colonialism is ‘gone’. No, it has just reappeared with vengeance, under the banner of corporate culture. It’s still the banner of a company. But it is a ‘multi-national’ company. It’s corporate colonialism now. The way British Colonialism is plundering Africa through their multi-nationals will soon make this ‘dark contiment’ even darker. In the forties and fifties it was somewhat easy to launch national liberation against white rule and exploitation. But the case is totally different today. Black rulers have made it difficult to raise the slogan of ‘national liberation’. It’s now the question of how to raise the same slogan against corporate power. Strangely, political forces on the left look totally directionless. Nor have they managed to formulate any concrete agenda to fight corporate menace so far. Living without corporates should be the only way out. No, all are trying to adjust with corporates and live with them. END_OF_DOCUMENT_TOKEN_TO_BE_REPLACED