As part of the commemoration of the 211 years of the Independence of Mexico, the annual military parade, held in Mexico City, had Cuban President Miguel Díaz-Canel as this year’s guest of honor. In a speech given before the parade, Andrés Manuel López Obrador (AMLO), President of Mexico, highlighted the injustice suffered by the Cuban people due to the ongoing US blockade, and urged US President Joe Biden to lift the blockade against Cuba.

“The government that I represent respectfully calls on the US government to lift the blockade imposed on Cuba, because no state has the right to subdue another nation, another country,” declared the president of Mexico. “It is necessary to remember what George Washington said: ‘Nations must not take advantage of the misfortune of other peoples.’ To put it frankly, it looks bad for the US government to use their blockade as an impediment to the well-being of the Cuban people so that they are forced by necessity to confront their own government.”

END_OF_DOCUMENT_TOKEN_TO_BE_REPLACED 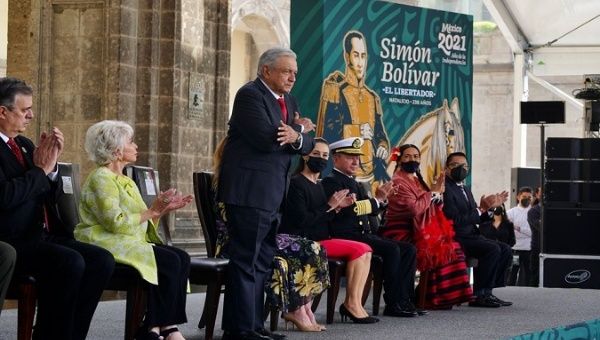