NEOLIBERAL Tories held a debate today on how they could “rebrand” themselves to become as popular as Labour under Jeremy Corbyn.

Helena Horton, a Telegraph journalist who chaired the Conservative Party conference fringe meeting hosted by the Adam Smith Institute, said the first time she heard the word “neoliberal” it was employed as an insult by “someone on the left.” END_OF_DOCUMENT_TOKEN_TO_BE_REPLACED

WORKERS must unite to kick out Boris Johnson and his “cabal of hard-right, free market fanatics,” union leaders said at the opening of TUC Congress today.

TUC president Mark Serwotka, who leads Civil Service union PCS, told delegates it was time to fight back against the “bleak prospect” of “Johnson and his zealous accomplices controlling a no-deal Britain post Brexit — flogging off anything that isn’t nailed down to the highest bidder.”

END_OF_DOCUMENT_TOKEN_TO_BE_REPLACED

Brexit-battle in the UK is raging. The UK Parliament’s vote to open debate on a motion blocking a no-deal Brexit leaves the UK in a state of chaos not seen in post-WW II period. The chaos has already touched the monarchy there.

The plan to suspend Parliament was heavily criticized by opposition parties and some Conservative MPs.

On Tuesday night in the House of Commons, MPs voted to take control of parliament in a bid to avoid a no-deal exit from the European Union. END_OF_DOCUMENT_TOKEN_TO_BE_REPLACED

BORIS JOHNSON can be brought down by “harnessing the power” of a united working class, the leader of Britain’s Civil Service union has said, as shadow chancellor John McDonnell warns that the people will not tolerate the suspension of Parliament.

PCS general secretary Mark Serwotka hit out today at the “cabal of hard-right, free market fanatics” plotting for an election win to “wreak havoc on this country.” END_OF_DOCUMENT_TOKEN_TO_BE_REPLACED

END_OF_DOCUMENT_TOKEN_TO_BE_REPLACED 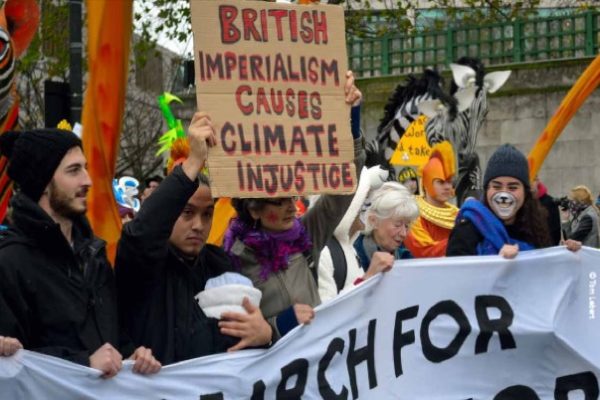 The extended heat wave afflicting India has surpassed 50⁰C (122 degrees Fahrenheit), even worse than the terrible scorcher that was assessed “the 5thdeadliest on record” and claimed thousands of lives in 2015.1 Matters could get even worse, the city of Chennai has almost run out of water, putting 10 million lives at risk.2 South-eastern Africa has been hit by an unprecedented series of devastating cyclones, affecting millions of people.3 The global North is beginning to feel the crisis too. Forest fires are increasing across North America and Australia. The late June heat wave across continental Europe pushed temperatures in France over 45⁰C, and triggered a wildfire in Catalonia, which authorities believe started when a pile of manure self-ignited.4 The **** really has hit the fan. END_OF_DOCUMENT_TOKEN_TO_BE_REPLACED

A study by social mobility campaign group the Sutton Trust warns that we have to go back to John Major’s team in the 1990s to find a more elite group running Britain. END_OF_DOCUMENT_TOKEN_TO_BE_REPLACED

LEADERS in the labour movement are urging the government to nationalise British Steel, as steelworkers ask: “if a bailout is good enough for bankers, why isn’t it good enough for us?”

FBU members stand with Miguel Roldan (centre), a Spanish firefighter facing 20 years in prison for rescuing refugees off the coast of Italy

“WE stand with you” was British firefighters’ defiant message to a Spanish firefighter facing prison time for saving drowning refugees.

Members of the Fire Brigades Union (FBU) meeting at the union’s conference gave four standing ovations today to Miguel Roldan, a firefighter based in Seville in southern Spain. END_OF_DOCUMENT_TOKEN_TO_BE_REPLACED