165 years ago, when the women workers in the New York textile mills, on March 8, 1857, went on strike and demonstrated for “ten-hour work, bright and sanitary workrooms, wages equal to those of male textile workers and tailors”, they certainly did not imagine that in 2022 all these demands would still be demanded.

165 years ago, they certainly did not imagine that in 2022, with such advances in science and technology, in the conditions of the so-called 4th Industrial Revolution, women’s work would lead to flexible work hours, with split schedule and irregular working hours, underemployment, employment even during maternity leave thanks to teleworking and the development of computing.

165 years ago, striking workers could not have imagined that underage girls and boys would still be victims of sexual harassment, with decision-makers and politicians “shuddering” in horror at the revelations of the “me too” movement, while often being themselves involved in such scandals.

END_OF_DOCUMENT_TOKEN_TO_BE_REPLACED

In Cuba, we are fortunate to be part of a social project in which women have been protagonists and beneficiaries of the transformations achieved

The challenge anyone can try on social media seems simple: Put your name in the Google search engine, or that of your sister, your mother or your daughter and, next to it, the word “found.” The result is in no way simple, but rather terrifying. It is enough to press a key to come across a list of horrors, the result of male violence.
The search leaves no room for doubt: being born female involves many dangers, greater or lesser ones depending on the region or country where you were born, and also many challenges to overcome in the pursuit of equality.

END_OF_DOCUMENT_TOKEN_TO_BE_REPLACED

This article originally appeared as chapter fifth chapter in Donna Goodman’s Women Fight Back: The Centuries-Long Struggle for Liberation, published through Liberation Media and available for purchase here. Liberation School has a study and discussion guide for the book here.

The early years of the 20th century saw political struggle in all areas of American life. The explosive growth of industrial monopoly capitalism of the late 19th century structured all the major changes of the era—urbanization, proletarianization, extreme inequality and instability, record immigration, and the dawn of U.S. imperialism stretching overseas. All of society looked out at a world that appeared to be in perpetual flux and crisis, rapidly transforming how people lived, worked, and interacted.

END_OF_DOCUMENT_TOKEN_TO_BE_REPLACED

On March 8, tens of thousands of women gathered at the borders of Indian capital New Delhi where the current farmers’ agitation is going on to celebrate International Women’s Day. They demanded rights and recognition as farmers, and continued the struggle against the three farm laws passed by the far-right Narendra Modi government. END_OF_DOCUMENT_TOKEN_TO_BE_REPLACED

The class trade union movement has always stood alongside the just demands of the women of the working class; it has been the one which turned the claims of women into claims of its own; the one which fought by implementing in its ranks the true equality between the male worker and the female worker. In fact, thousands of working women have offered the most valuable thing they possessed, their own lives, to the cause of the true emancipation of the whole society from the chains of capitalist exploitation; the emancipation of both working men and women. The WFTU is proud of its women martyrs, offered by its affiliates to the struggle for a more just society. END_OF_DOCUMENT_TOKEN_TO_BE_REPLACED

Women of the world want and deserve an equal future free from stigma, stereotypes and violence; a future that’s sustainable, peaceful, with equal rights and opportunities for all. To get us there, the world needs women at every table where decisions are being made. END_OF_DOCUMENT_TOKEN_TO_BE_REPLACED 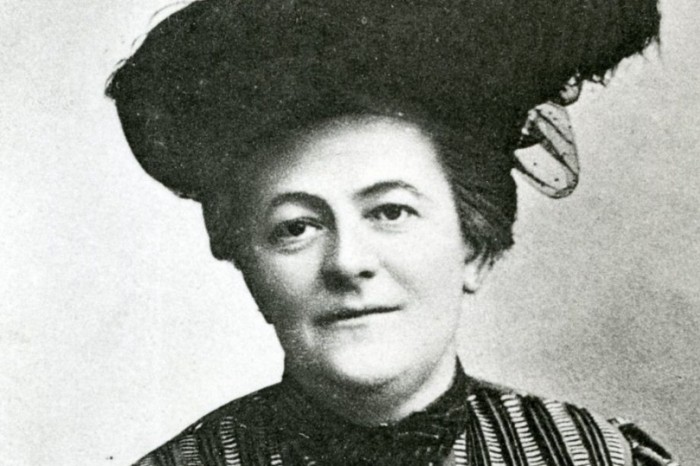 Clara Zetkin, one of the daughters of the working classes, is as bright as ever in the annals of working people’s struggles for rights – rights to life and dignity. Clara, an epitome of proletarian struggle, steadfastness and courage, always stood for the proletarian people, and never confused the women question with a bourgeois worldview.

Clara (July 5, 1857-June 20, 1933), one of the close comrades of Lenin and Rosa Luxemburg, organized the first international women’s conference against World War I. The Marxist politician was always staunch on the issues concerning women’s rights. Clara represented the Communist Party of Germany in the Weimer Republic Reichstag from 1920 to 1933. END_OF_DOCUMENT_TOKEN_TO_BE_REPLACED

“If we stop, the world stops.”

Women in Spain staged a nationwide walkout on Thursday to mark International Women’s Day, abandoning all paid and unpaid work and bringing mass transit and other systems to a grinding halt. (Photo: @TheLocalSpain/Twitter)

With International Women’s Day events and protests planned around the world, Spanish women took the bold step on Thursday of staging a nationwide “Feminist Strike” under the rallying call, “If we stop, the world stops.”

END_OF_DOCUMENT_TOKEN_TO_BE_REPLACED

During a visit to Laos in 1972, at the entrance of one of the caves where the people sheltered during the war: Melba (third from left to right) and Mirta (sitting on the right). Photo: Courtesy of Mirta Muñiz

She was from a family with a mambí heritage. She was one of those women who, in the 20th century, left her university title hanging next to her lawyer’s gown and devoted herself, body and soul, to the struggle against the Fulgencio Batista dictatorship.

Melba Hernández del Rey’s strong character was in line with her decision to become a guerrilla of the Cuban revolutionary movement led by Fidel Castro. END_OF_DOCUMENT_TOKEN_TO_BE_REPLACED