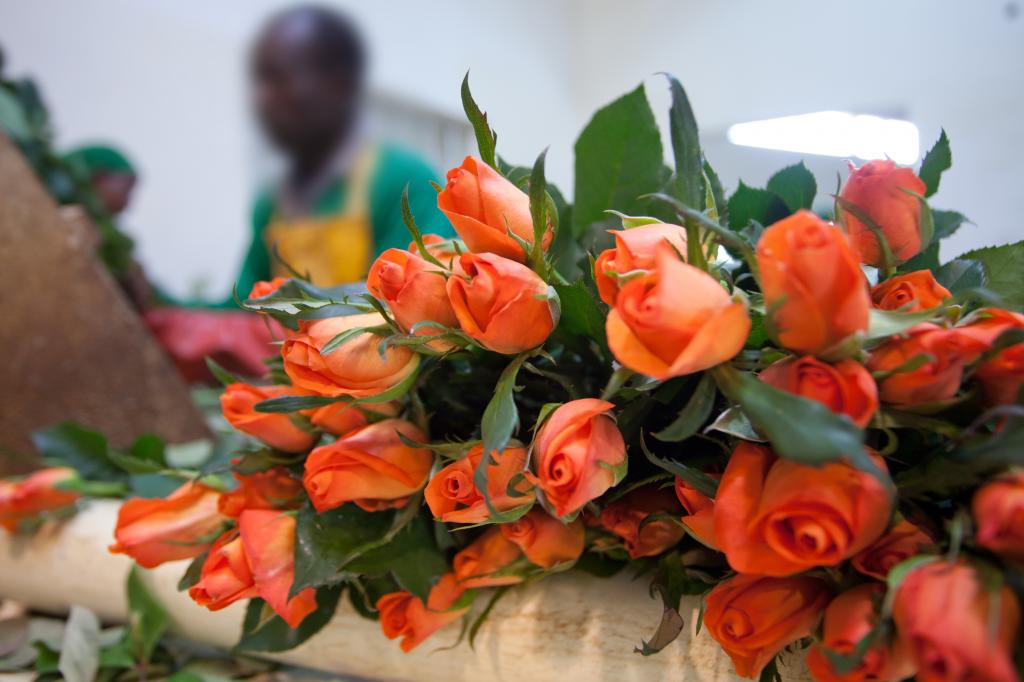 Trade routes have been significantly disrupted this year in efforts to contain COVID-19. The effects of this are already showing: Global growth is set to contract by 4.9 per cent and growth in sub-Saharan Africa will contract by 3.2 per cent.

This will get worse if continued restrictions further impede trade. The World Trade Organisation has warned that at worst, global trade could collapse by a third this year, and at best, it will contract by 13 per cent, similar to the recorded drop after the 2009 financial crisis. END_OF_DOCUMENT_TOKEN_TO_BE_REPLACED 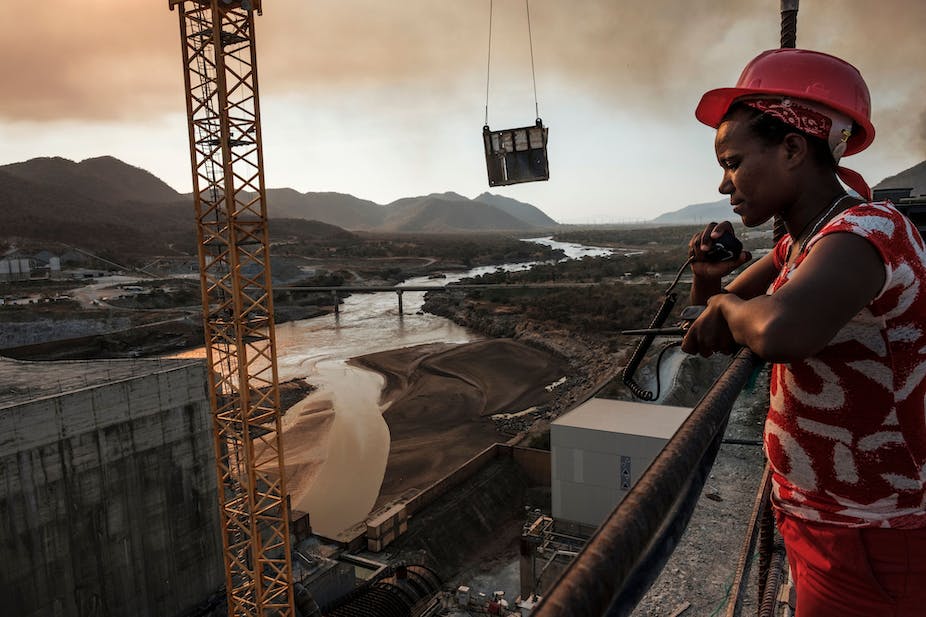 Workey Tadele, a radio operator, at the Grand Ethiopian Renaissance Dam near Guba in Ethiopia in December 2019. Eduardo Soteras/AFP via Getty Images

America’s Department of State recently suspended $130 million worth of aid to Ethiopia because of “a lack of progress” on negotiations pertaining to the construction of the Grand Ethiopian Renaissance Dam on the River Nile.

According to state department officials, the decision to cut aid came as a result of a direct “guidance” from President Donald Trump.

Estimates show that almost half of Ethiopia’s budget is linked to foreign aid. The country depends on economic assistance to support its infrastructure projects, health care and education expansion efforts, and security sector reforms. END_OF_DOCUMENT_TOKEN_TO_BE_REPLACED

1.The present report, submitted pursuant to Security Council resolution 2524 (2020), is the first 90-day report on the implementation of the mandate related to the United Nations Integrated Transition Assistance Mission in the Sudan (UNITAMS). The report covers political, security, socioeconomic, human rights and humanitarian developments in the Sudan from 3 June to 8 September 2020 and contains an update on the planning process for the establishment of the Mission. The suggested structure and geographical deployment of the Mission and the 90-day report on the African Union-United Nations Hybrid Operation in Darfur (UNAMID) are included as annexes to the present report. END_OF_DOCUMENT_TOKEN_TO_BE_REPLACED

That paragraph opens the new Climate Justice Charter, adopted on August 28 by an mass online assembly of activists in South Africa. They describe the document as “a signpost; a trumpet call, to move all of us in the direction of system change now and for a Climate Justice Deal that ends the suffering of the most vulnerable and oppressed.” END_OF_DOCUMENT_TOKEN_TO_BE_REPLACED

Climate change projections have yielded predictions about African regions more vulnerable to future malaria outbreaks: The growing climate crisis could affect the distribution and intensity of disease transmission in Africa over the next century, according to a recent study.

Malaria is a climate-sensitive vector-borne disease responsible for an estimated 435,000 deaths from 219 million malaria cases worldwide in 2017. At least 92 per cent of these deaths were reported in Africa.

A detailed mapping of malaria transmission is vital for the distribution of health resources and targeting of control measures. END_OF_DOCUMENT_TOKEN_TO_BE_REPLACED

Governments across sub-Saharan Africa have responded rapidly to prevent a food-security crisis being triggered by the COVID-19 pandemic. Togo transferred cash to families directly to buy food. Mali provided free livestock feed to farmers, and waived electricity and water bills for the poorest households from May to June.

These crucial emergency measures do not address the bigger threat — long-term disruption to food supply chains. As the United Nations secretary-general, António Guterres, and the Food and Agriculture Organization (FAO) warned in a briefing on 9 June, the world faces an impending food crisis on a scale that has not been seen for 50 years. UN agencies reported on 13 July that the COVID-19 pandemic could add between 83 million and 132 million people to the more than 690 million worldwide who are undernourished. A survey in 10 countries in sub-Saharan Africa found that 81% of all respondents are concerned about not having enough food (go.nature.com/3erk8yg). END_OF_DOCUMENT_TOKEN_TO_BE_REPLACED

Nearly 44.8 million people in 13 countries of the southern African region suffer from food-insecurity, a report released by the Southern African Development Community (SADC) has said.

Food-insecurity increased by almost 10 per cent in the region in 2020 compared to the previous year. The main factors responsible included the novel coronavirus disease (COVID-19), climate change, conflict and economic challenges.

Acute malnutrition across the region could increase by 25 per cent or more over the remainder of 2020 and into 2021 due to COVID-19, the report added. END_OF_DOCUMENT_TOKEN_TO_BE_REPLACED

Yellow Fever Burden to Shift to Central and East Africa by 2050: Study

The burden and geography of yellow fever — an acute, viral haemorrhagic disease transmitted by infected mosquitoes — is projected to shift to Central and East Africa from West Africa by 2050, according to a new study.

The number of deaths will likely increase by 25 per cent, with most of them occurring in Central and East Africa, said the July 28, 2020 modelling study by scientists at Imperial College, London and the World Health Organization (WHO). They are projected to further accelerate in the two regions after 2050.

West African countries currently have the largest yellow fever disease burden on the continent. The new findings, however, indicate a shift in this burden to regions outside West Africa. END_OF_DOCUMENT_TOKEN_TO_BE_REPLACED

Restoring Mangroves in West Africa a Challenge, but UNEP Shows the Way

The mangrove ecosystem in the Western Indian Ocean (WIO) comprising 10 African nations is rapidly getting depleted; some areas have reportedly lost as much as 88 per cent of the cover, according to the United Nations Environment Programme (UNEP).

Conserving and restoring mangroves is essential and a nature-based solution is required to address adverse environmental, societal and climatic challenges in the region, according to the new UNEP guidelines on mangrove ecosystem restoration for the WIO region.

West Africa accounts for 31 per cent of the mangrove cover in the continent. END_OF_DOCUMENT_TOKEN_TO_BE_REPLACED

From the coronavirus pandemic’s first months, the World Health Organization warned that Africa’s health systems would struggle to cope if the virus began to spread on the continent. That prediction is starting to be realized, as Nature has reported from Guinea, Liberia and Sierra Leone. But more than half of the continent’s 780,000 reported cases are in South Africa.

Initially, a hard five-week lockdown from 27 March helped to keep numbers low, but that became economically ruinous as 3 million South Africans lost their jobs. The official death toll stands at 6,000, but as with other countries, this is likely to be an undercount, according to the South African Medical Research Council.