While union leaders became key figures of the movement, there were many others who worked tirelessly behind the scenes.

Jalandhar: The repeal of the three controversial farm laws scripted a new chapter in the history of India’s farmer movements. While farmers’ union leaders, under the banner of Samyukt Kisan Morcha (SKM) became the face of the movement, there were many others who worked tirelessly behind the scenes to make the struggle a success.

The Wire traced the faces behind the year-long farmers’ agitation, which is set to complete its first anniversary on November 26, for which big rallies and celebrations are planned at Singhu and Tikri.

Harinder Happy, who voluntarily joined Darshan Pal, the president of Krantikari Kisan Union, and dedicated himself to the cause of farmers and landless labourers, became a face synonymous with the farmers’ protest and the Samyukyt Kisan Morcha (SKM).

Working behind the scenes, Harinder used to write press notes of the SKM in English, Hindi and Punjabi, post them on Kisan Ekta Morcha’s Twitter page and SKM WhatsApp groups. He initially even maintained data on farmers who died at the protest. Harinder continued writing press notes till July this year, after which a new team was constituted for this task.

He remained the media coordinator of SKM, sending out invitations for protest calls across the country and writing the minutes of SKM meetings. 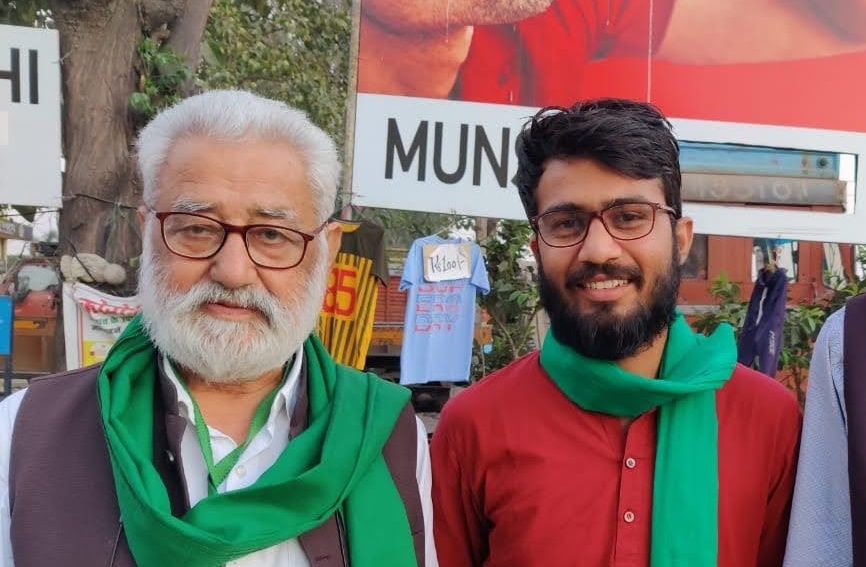 Hailing from Sri Ganganagar district, Rajasthan, Harinder, who belongs to the Dalit community, has been associated with All India Kisan Sabha, which paved the way for his entry into the farmers’ protest. His parents, who are landless farm labourers, were his guiding force for joining the farmers’ agitation.

Harinder said that when the farmers’ protest was confined to Punjab and Haryana, he would participate in the local level protests outside district administration in Sriganganagar.

“But parallel to this, I started taking part in protests in Punjab too. Later, when the union leaders gave the call for ‘Delhi Chalo‘ on November 25, I was among the first 20-30 trolleys, which finally landed at Singhu. Since then, farmers’ protests have become my life. I also used to accompany Darshan Pal during farmers’ talks with the government at Vigyan Bhawan, Delhi,” he said.

On January 29, Harinder was in a meeting with the SKM when a crowd had attacked union leaders on the stage. “I vividly remember how one of the SKM leaders called up Union home minister Amit Shah to help stop state repression, and the answer from the other end was that ‘this is people’s anger for what farmers did at Red Fort’, so bear the consequences. However, when another leader called up defence minister Rajnath Singh for assistance, he promised to speak to Shah and the violence stopped within 15 minutes,” he added.

Also read: Why Was the Red Fort Left Unguarded When Delhi Was on ‘High Alert’?

Harinder has a BA (Honours) in geography from Kirorimal College, Delhi, and MA in rural development and governance from Tata Institute of Social Sciences (TISS), Hyderabad, and was planning to pursue PhD in agrarian sociology, when the farmers’ protest had just begun.

“After a year in the farmers’ protest, I just want to work to solve the agrarian crisis in the country,” he added.

Anuroop is an MPhil student of Delhi University (DU) pursuing Comparative Indian Literature and Literary Studies. She maintained the record of all the 671 farmers who died at the protest sites in a blog, ‘Human Cost of Farmers Protest’.

She said that a few months before the farmers’ protest, she happened to check an old file of her late grandfather, in which he had maintained the newspaper cuttings of the 1984 anti-Sikh riots, which later inspired her to keep a record of farmers’ deaths. 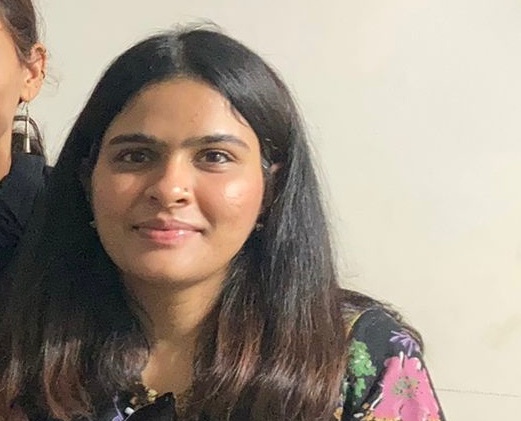 “A Hollywood film – The Trial of the Chicago 7 – on the Vietnam War also inspired me to work for the farmers who died fighting for their rights and whom the government was not even willing to acknowledge. The film was about a man who kept records of missing men and it proved to be a game changer. From scanning newspapers, primarily those in Punjabi, like Punjabi Tribune, Ajit and Jagbani, to gathering their addresses, photographs and family details, I took it as a moral responsibility to keep the record of farmers’ deaths and help them in getting compensation,” she said.

The farmer unions also helped her with information on farmers’ death and suicide cases at the protest sites. “My phone gallery is full of photographs of farmers who died in the protest. Later, after noticing our work, an organisation, Atam Pargas, managed by the former scientists, academicians and agriculturists from Punjab Agricultural University, Ludhiana, also assisted us in providing financial help to the families of farmers who lost their lives,” she added.

On the repeal of the farm laws by the Union government, she said, “I am elated that I would not have to look for farmers who are dying. Now, I can easily read newspapers for other news.”

Also read: The Leaders Who Shaped, Guided and Sustained the Farmers’ Movement

Tony Sandhu is a national level football player from Rurka Kalan village in Jalandhar. He joined the farmers’ protest from day one.

When the protest had started in Punjab in July 2020, Tony along with other kabbadi, football, wrestling and powerlifting players had also joined the farmers in the rail roko and highway jam protests at various places.

When farmer union leaders gave the call for ‘Delhi Chalo’, they were under the impression that they would go up to Shambhu border in Patiala, and come back, he said. “At Singhu border, we made a stage on a trolley. Then we had to send our local players from Haryana to arrange for the sound system. That’s how we managed the stage for the first three months,” he said. Later, a proper stage was set up, which was managed by Sandhu’s organisation which also brought famous Punjabi singers and actors to Singhu, increasing the strength of the protests. “From mobilising youth to maintaining security at Singhu and working as a support arm of SKM leaders, we worked tirelessly,” he added.

Sandhu said that all the stakeholders of the kabaddi tournament, including national level players from Punjab and Haryana, and NRIs, contributed immensely to the farmers’ movement. “We are indebted to the Punjabi singers, especially Babbu Maan and Jazzy B, who remained committed to the farmers’ protest and joined the protest whenever we requested them to come. Even our gram panchayats were helpful,” he said.

He said, “We have decided to make a memorial for the farmers who lost their lives during the agitation in our village Rurka Kalan.”

An engineer by education and a farmer by profession, Ramandeep used to work in Norway till 2010. Following his interest in farming, he started writing articles, some of which have appeared in The Wire too. He is a resident of Dhelwan village in Bathinda.

In January 2020, the Commission for Agricultural Costs and Prices (CACP) report for rabi crops said that the government should open procurement centres in large number to give remunerative prices to farmers and promote minimum support price (MSP) in rural villages and remote areas. That’s when Ramandeep got in touch with senior farmer union leaders, Balbir Singh Rajewal and Gurnaam Singh Charuni, and started holding meetings for farmers’ rights.

He said, “It was a red flag for us and triggered the fight for MSP on crops. Within days, Rajewal called a meeting of SAD, Congress and AAP leaders at Krishi Bhawan, Chandigarh, where everybody declared their unconditional support to the cause. Six months later, when the Union government promulgated the farm laws as ordinances in June 2020, Rajewal asked me to reach Haryana and mobilise farmers, where I got in touch with Gurnaam Singh Charuni, and then our fight against the three farm laws began from Singhu and Tikri borders.”

From providing logistics to holding meetings in the villages of Punjab, Haryana and Uttar Pradesh, to sharing important articles and government reports on agriculture on Twitter, Ramandeep remained the pillar of strength in sustaining the farmers’ protest. “Neither am I associated with any farmers’ union nor was I a member of the SKM. All I knew was that we have to repeal the farm laws. I will continue to work for farmers and make farming a profession of hope,” he said. 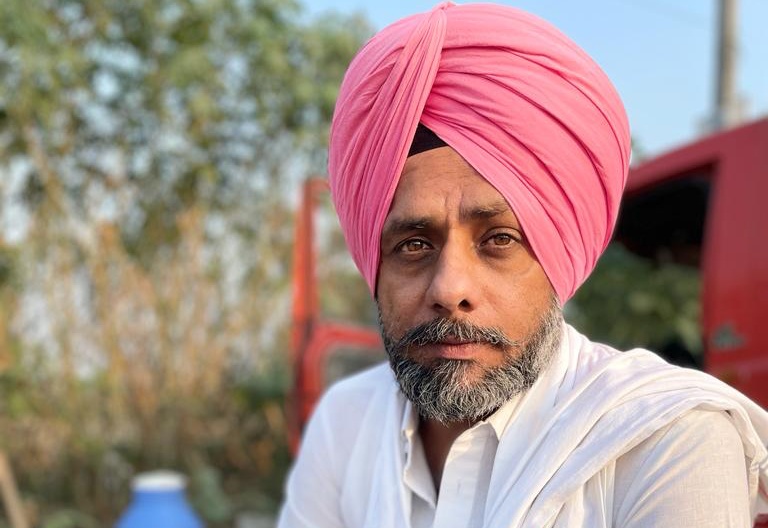 A passionate freelance photographer from Jalandhar, Jaskaran was so much inspired by the farmers’ protest that he left for Singhu border in December last year, without even informing his parents.

He said that his first experience at Singhu border gave him a reason to stay at the farmers’ protest till the laws were repealed. “It was extremely cold. At night, I found a mattress to sleep in a tent. All I had was my jacket to save me from the bone-chilling cold. I slept and when I woke up at around 3 am, someone had covered me with a shawl. Then when I woke up at 6 am, I had a blanket on me. That was the moment, when I made up my mind to stay at the farmers’ protest and click the best photographs,” he said.

Around this time, Trolley Times was launched and they had organised an event for artists, where all the Punjabi singers were invited. They had asked me to cover it, which gave me the much-needed platform to work. 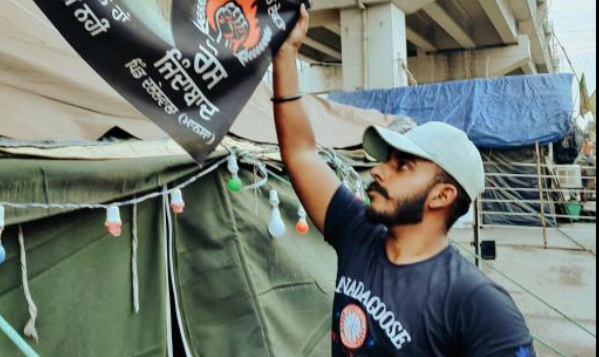 After staying at Singhu for over a month, Jaskaran moved to Tikri in January, where he got associated with BKU (Ekta Ugrahan) and volunteered to click photographs for the union. “From the iconic photo of a Sikh youth Jassi Baba, who was attacked after the January 26 violence and became the face of resistance, to a woman saving a youth at the tractor march violence, the coverage from Red Fort and general photos of farmers from the protest, I captured the farmers’ movement from every angle. It has been an experience of a lifetime,” he said.

Interestingly, Jaskaran is a mechanical engineer but it was his love for street photography that gave him the break of a lifetime. “Initially, my parents were not happy to let me go but noticing the appreciation I got for my work, they too started supporting me,” he added.

Also read: Why Is Delhi’s Middle Class Absent From the Farmers’ Protest at the City’s Borders?

A young farmer and a political science teacher at a private school in Legragaga in Sangrur district, Punjab, Randeep was associated with TET Pass Unemployed B.Ed Teachers Union Punjab.

He handled the public relations of the SKM and was responsible for translations, drafts, gathering photographs from all farmers’ protest sites and providing all such content to the media. He also handled the internal affairs of the SKM along with Harinder Happy and Baljit Singh, who started the Kisan Ekta Morcha, the IT cell of farmers to counter hate and fake news. 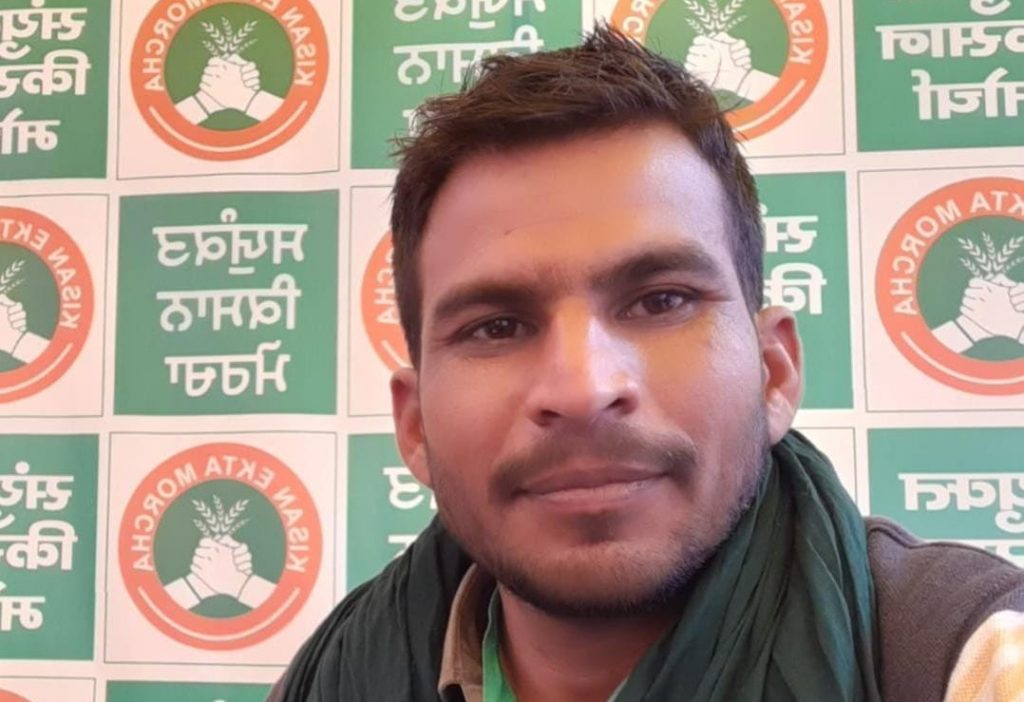 On asking why he joined the farmers’ movement, Randeep said that back home in Punjab, when their union used to protest, farmers would support them. “So, when the farmers’ protests started in Punjab, it was natural for me to join them. Later, I reached Delhi and started working with the SKM as a volunteer,” he said.