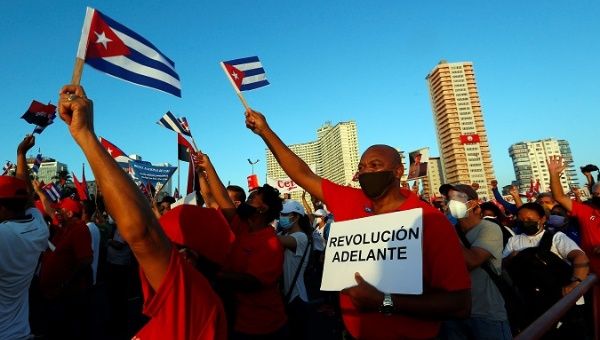 Offering a press conference, he assured that Cuban courts operate independently from the rest of the State’s powers to guarantee impartiality and due process to all defendants.

“The recent attacks on the impartiality of our courts is just a pice of the discredit campaign against Cuba, which is being portrayed by mainstream media as a dictatorship instead of the State of Law,” Ferro said.

On her part, Cuba`s Union of Law Firms Lilian Hernandez stated that her organization has represented all defendants regardless of their political affiliation.

As of Saturday, 19 trials involving 59 people have been carried out. Defendants are charged with alleged instigation of violence, public disorder, and damage against public property in the contest of the July 11 riots.

“Demonstrating or thinking differently is not a violation of the law, but inciting to riot, attacking, injuring, and disobeying the provisions aimed at preserving order and peace is sanctioned by the law,” Remigio added.

In Cuba, trials are oral, public, and any family member can attend in observance of COVID-19 health protocols.