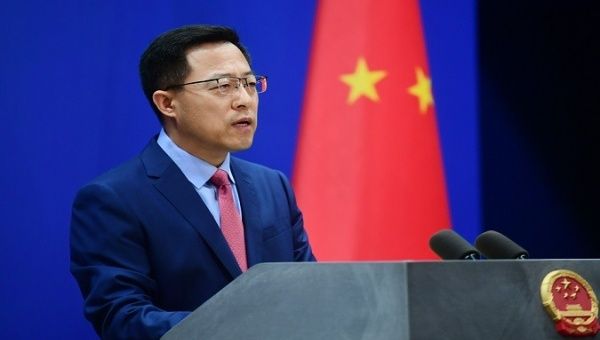 “The U.S. should foremost examine its human rights issues instead of meddling in other countries’ internal affairs,” the Chinese Foreign Affairs Ministry stated.

“The U.S. should foremost examine its human rights issues instead of meddling in other countries’ internal affairs,” Zhao stated and reiterated China’s support for the Cuban government and people amid the U.S. blockade.

In response to this arbitrary act, besides accusing the U.S. of being behind these protests, the Cuban government pointed out that the recent sanctions against FAR and MININT officers are slanderous and unfounded.

“The United States should apply the Magnitsky Act to itself for the expressions of police brutality that the loss of 1,021 lives in its territory in 2020,” said Foreign Affairs Minister Bruno Rodriguez.

On Tuesday, hundreds of Canadian citizens rallied outside the U.S. consulate in Toronto to demand an end to the blockade affecting Cuba since 1962.

“Only the Cuban people can decide the future of their country”, said the New York’s Young Communist League, which also organized a rally to express its solidarity with the Cuban people on July 16.