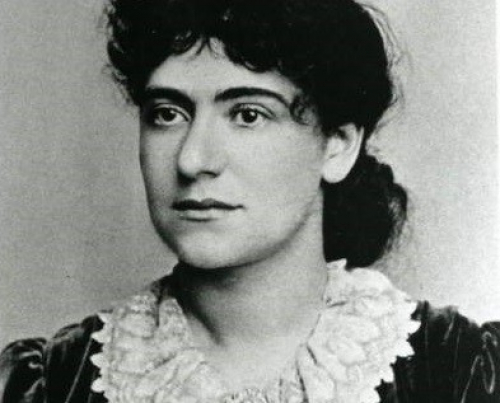 … we have come here in the cause of Labour,
in its own defence, to demand its own rights…
– Eleanor Marx, speech on the first May Day
held in Hyde Park, London, 1890

Wherever in the world
a ship or plane goes down,
rescuers respond.

Consider a greater going-down
with greater loss of life
than any ship or plane,
or entire fleets of them.

Consider continents in distress,
nations and peoples, host upon host,
victims of social murder,
war, pestilence, and others’ greed,
victims of the wasting of the world’s good,
and dominance of class by class.

What then?
What source of aid.

May Day:
two words, each of one syllable,
encode the brief answer to that great question
that history has posed.

May Day:
more than a day in a calendar,
more than a signalling of a solidarity
that spans the world,
more than a hope made manifest,
more than a promise of better things;
it is an idea that moves the tectonic plates
of ancient thought, and fires
the actions of peoples everywhere.

We must speak for the cause daily,
and make the men, and especially the women
that we meet, come into the ranks
to help us.

Beyond distress and mutual aid,
she looked ahead to defence and rights,
and, further yet, to a reconfiguring
of Culture’s laws and the principles
by which they’re made.

So she spoke,
and lived her short life,
holding Socialism as our goal
stubbornly in sight.

David Betteridge is the author of a collection of poems celebrating Glasgow and its radical traditions, ‘Granny Albyn’s Complaint’, published by Smokestack Books in 2008. He is also the editor of a compilation of poems, songs, prose memoirs, photographs and cartoons celebrating the 1971-2 UCS work-in on Clydeside. This book, called ‘A Rose Loupt Oot’, was published by Smokestack Books in 2011.