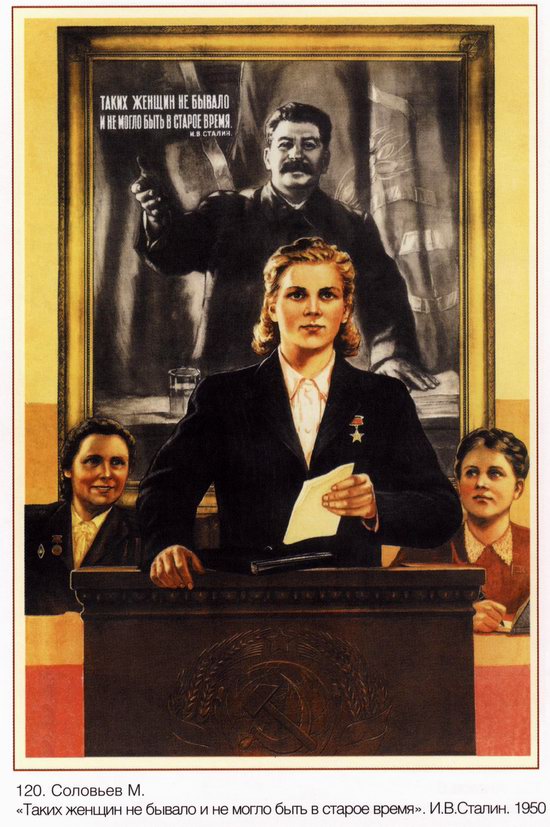 Some may think that there is nothing out of the ordinary in this, since the Party has always carried out political education among the masses, including women, or it may be thought that the political education of women can have no real importance since we shall soon have united worker and peasant cadres. Such opinions are fundamentally incorrect.

The political education of working women is of primary importance today when power has passed into the hands of the workers and peasants. Let me demonstrate the reason.

Our country has a population of nearly 140 million and no less than half are women, mainly women workers and peasants, backward, downtrodden and with little political consciousness.

If our country has begun the construction of the new Soviet life in earnest, then surely it is clear that the women of this country, constituting half its population, would act as a drag on any advance if they remained backward, downtrodden and politically undeveloped in the future also?

The peasant woman stands shoulder to shoulder with the peasant. She advances, together with him, the common cause of the development of our agriculture, its successes and its flourishing.

She can make an enormous contribution in this cause if she frees herself of backwardness and ignorance. And the contrary is also the case: she could act as a brake on the whole cause if she remains a slave to ignorance in the future also.

Finally, women workers and peasants are mothers who bring up our youth–the future of our country. They can cripple the spirit of a child or give us youth with a healthy spirit, capable of taking our country forward. All this depends on whether the woman and mother has sympathy for the Soviet system or whether she trails in the wake of the priest, the kulak or the bourgeois.

Five years ago at that congress, the current task of the Party was to draw hundreds of thousands of working women into the common task of building a new Soviet life. In the forefront of this task there stood women workers from the industrial areas, since they were the most lively and conscious elements among working women. It may be said that a good deal has been done in this respect in the past five years, although much still remains to be done.

Today, the Party’s current task is to draw into the common cause of organising our Soviet life millions of peasant women.

Five years of work have already produced a whole number of leading personnel who have emerged from among the peasantry.