The Most Influential People in New Energy

A major shift is going on in the global energy sector. The transition away from traditional fossil fuels to renewable energy is in full swing as the fight against climate change continues to gain serious momentum.

According to the energy watchdog, 200 gigawatts of renewable power have been added in the current year, with renewables expected to account for 95% of the net increase in global power capacity through 2025.

The agency has projected that installed wind and solar capacity will surpass natural gas and coal in 2023 and 2024, respectively.

Following are, as an Oilprice.com report said, some of the most powerful and influential people driving the new energy sector.  END_OF_DOCUMENT_TOKEN_TO_BE_REPLACED

Gemma Arterton at the Quantum of Solace premiere in 2008

But in a new interview with the Sun, the British star says she’s gotten flak for being a Bond girl — a role she admits she has her own reservations about.

“At the beginning of my career, I was poor as a church mouse and I was happy just to be able to work and earn a living,” Arterton, who has also starred in Their Finest and Prince of Persia: Sands of Time, told the British newspaper.

“I still get criticism for accepting Quantum Of Solace, but I was 21, I had a student loan, and you, know, it was a Bond film,” the actress, now 34, added. END_OF_DOCUMENT_TOKEN_TO_BE_REPLACED

Capital turns everything commodity. This is for profit. “Cheer” is no exception.

Cheerleaders have been part of NFL games in the U.S. for nearly 70 of the league’s 100 years. Beginning with the Baltimore Marching Colts in 1954, scores of women have suited up to cheer for players, entertain fans during games and represent franchises at events throughout the community. END_OF_DOCUMENT_TOKEN_TO_BE_REPLACED

A Matter of Survival of the Peasantry

The kisans gathered around the Delhi border have unerringly put their fingers on the real issue confronting them, namely their very survival as peasants. Till now there was an arrangement in the country which, though crumbling under the impact of neo-liberalism, still kept the peasantry alive. The three laws brought in by the Modi government are meant to remove this life-line altogether. These three laws thus carry the neo-liberal agenda in this sphere to its limit. This is also why there can be no meeting ground between the protesting kisans and the government, within the ambit of these laws; they simply have to be repealed. END_OF_DOCUMENT_TOKEN_TO_BE_REPLACED

The UK finally leaves the European Union on 31 December, after 48 years of membership.  The initial decision to leave, made in the special referendum back in June 2016, has taken over four tortuous years to implement.  So what does the deal mean for British capital and labour?

For British manufacturers, the tariff-free regime of the EU’s internal market has been maintained.  But the British government will have to renegotiate new bilateral treaties with governments across the world, whereas previously they were included within EU deals.  People will no longer be able to work freely in both economies by right, all goods will require significant additional paperwork to cross borders and some will be checked extensively to verify they comply with local regulatory standards.  Frictionless trade is over; indeed, that’s even between Northern Ireland and mainland Britain with a new customs border across the Irish Sea. END_OF_DOCUMENT_TOKEN_TO_BE_REPLACED

I Observed Venezuela’s Elections Firsthand: Here’s What the US Media Got Wrong In early December, I traveled to Venezuela to serve as an election observer during the country’s national assembly election. I was part of a group of eight people from Canada and the United States organized by CodePink. There were about two hundred international observers in total, including the Latin American Council of Electoral Experts. I have served as an official election observer in Honduras and was an unofficial observer during Venezuela’s 2015 national assembly election. END_OF_DOCUMENT_TOKEN_TO_BE_REPLACED 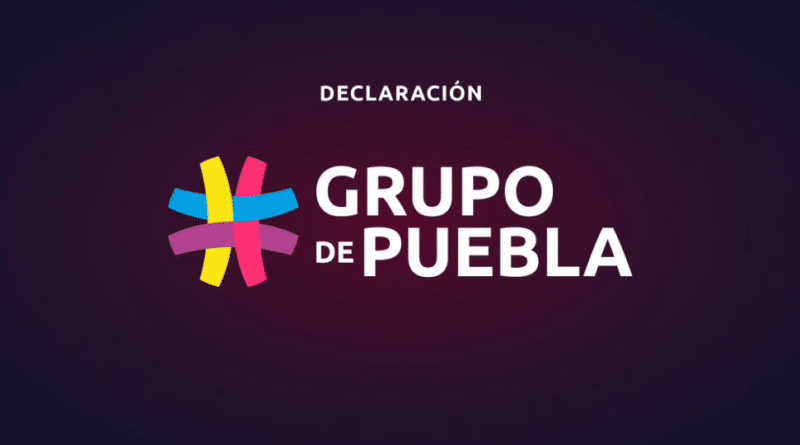 This Tuesday, December 29, the Puebla Group, formed by former progressive head of states and political leaders from Latin America, issued  a declaration in support of the right of the Venezuelan people to have access to COVID-19 vaccines, heavily affected by illegal sanctions from the United States and the European Union.

The Venezuelan minister for health, Carlos Alvarado, expressed recently that Venezuela was experiencing problems paying its COVAX UN dues needed to access vaccines and initiate mass vaccination, as a consequence of criminal US sanctions. END_OF_DOCUMENT_TOKEN_TO_BE_REPLACED

PUPPET OF IMPERIALISM IS A THIEF

Opposition politician Juan Guaido would have stolen US$40 million of Venezuela’s foreign assets that were aimed at humanitarian aid, according to a report published by The Washington Post.

END_OF_DOCUMENT_TOKEN_TO_BE_REPLACED

WORKERS OF TECH GIANTS ARE FIGHTING BACK

Google Employees and Other Alphabet Units Form a Union

The new labor group focuses not only on wages and benefits like most unions, but also aims to play a role in the tech giant’s ethical decisions and protection against arbitrary firings for activism.

Employees of U.S. tech company Google and other units of its parent company Alphabet announced Monday the creation of a union, intensifying a period of activism targeting the Silicon Valley giants.

According to a statement, the Alphabet Workers Union, affiliated with the Communications Workers of America, aims to represent well-paid workers in the tech sector and temporary employees and contractors.