Cuba Will Vaccinate Its Entire Population against COVID-19 In 2021

The BioCubaFarma enterprise group is adjusting capacity to make possible the administration of Soberana 02 to more than 150,000 persons, while a new clinical trial with children has been launched, as more steps are taken along the path to vaccinating the entire population. Photo: BioCubaFarma

Cuba’s national public health system is waging a hard battle against the new coronavirus, sparing no effort and overcoming physical and intellectual fatigue.

The Party and government’s strong political will has made this possible, along with the impressive work of our scientists who have again reiterated that Cuba will be among the first countries in the world to vaccinate its entire population in 2021, despite the tightening of the U.S. blockade of the island over the past 12 months, stated Dr. Eduardo Martínez Díaz, president of the BioCubaFarma state pharmaceutical enterprise group, on his Twitter account. END_OF_DOCUMENT_TOKEN_TO_BE_REPLACED

The USA is an Oligarchy

The true political nature of the American colonial rebellion against the British crown, often self-flateringly called a revolution, is still a matter of debate for many serious scholars. The “Founding Fathers” were all members of a rising mercantislistic elite that saw the British king as a capricious ruler limiting their freedom to make unlimited money.

Oligarchy “is a form of power structure in which power rests with a small number of people. These people may be distinguished by nobility, wealth, family ties, education or corporate, religious or political, military control. Such states are often controlled by families who typically pass their influence from one generation to the next, but inheritance is not a necessary condition for the application of this term.

Throughout history, oligarchies have often been tyrannical, relying on public obedience or oppression to exist. Aristotle pioneered the use of the term as a synonym for rule by the rich, for which another term commonly used today is “plutocracy.” 1

The US may always have been an oligarchy, and I would argue that this is the case. Certainly Madison himself articulated this in The Federalist Papers X. 2 END_OF_DOCUMENT_TOKEN_TO_BE_REPLACED

Editor’s Note: Late last week Facebook suddenly took down Socialist Workers Party (SWP) pages in the UK, where they have long been very active, and similar pages owned by the US Social Equality Party (SEP), publisher of wsws.org. Both organizations are Trotskyist, seen by the mainstream liberals (and rightwingers) as “far left”. Although, as Marxian organizations, both formations often share analyses of major developments, they do not operate jointly in their political actions. As an independent leftist platform, our own publication sometimes reprints materials from wsws.org, when we judge such analyses to be sound, but we do not in general share Trotskyist viewpoints about a number of important subjects, including the nature of the Soviet Union, Stalin, posture toward some international political actors (such as Iran, Syria, China, Russia, Cuba, etc.) and a variety of related strategic and tactical questions. END_OF_DOCUMENT_TOKEN_TO_BE_REPLACED 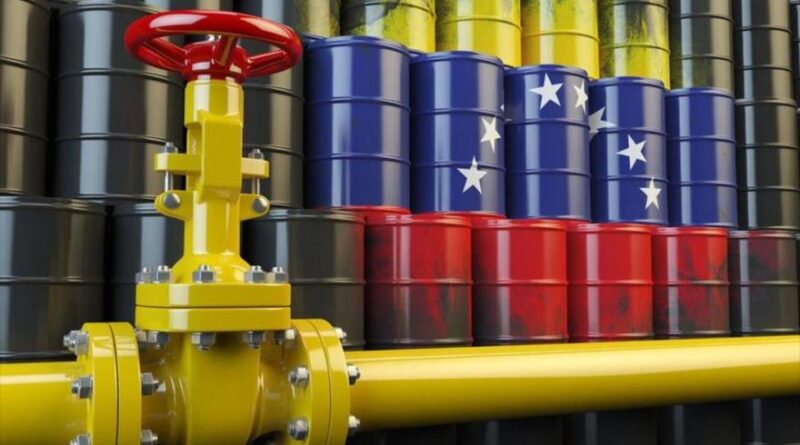 Despite US sanctions on Venezuela’s oil sector, a report reveals how millions of barrels of Venezuelan crude have arrived in China.

In a report, the Bloomberg agency has indicated that it has access to invoices and emails that show how far some traders go to disguise the origin of Venezuelan crude, in order to avoid US sanctions and take it to Asia, where it is in demand by refineries in China.

According to the US outlet specializing in market and finance, actions to avoid detection of ships at sea and illegal and unilateral US blockade include ship-to-ship transfers, shell companies, and silenced satellite signals. END_OF_DOCUMENT_TOKEN_TO_BE_REPLACED The MEP questioned whether it is intended to give Guaidó oxygen. Photo File

The Spanish MEP, Manuel Pineda, intervened in a session of that instance and harshly criticized the fact that the issue of the Bolivarian Republic of Venezuela should be discussed again in that European body.

END_OF_DOCUMENT_TOKEN_TO_BE_REPLACED 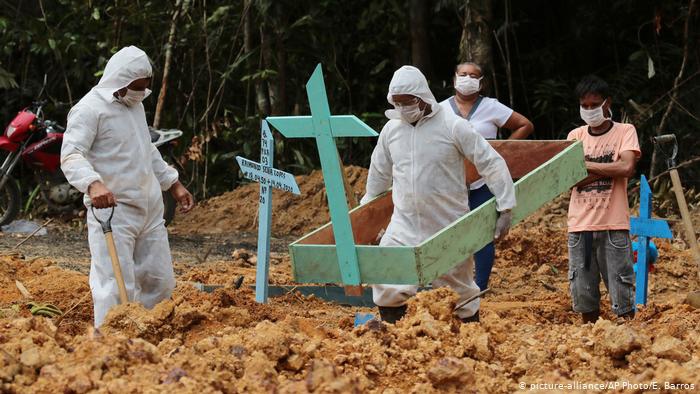 Cemetery workers in protective suits carry the coffin of a person who died of Covid-19 at Nossa Senhora Aparecida Cemetery in Manaus, Brazil. (E Barros / AP)

Mérida, January 18, 2021 (venezuelanalysis.com) – Venezuela’s self-declared “Interim President” Juan Guaido has allegedly refused to use funds under his control to purchase additional Covid-19 vaccines for the country.

According to documents seen by Reuters, Guaido’s team turned down overtures from the Venezuelan Central Bank (BCV) to free up US $120 million worth of frozen assets in the UK. The BCV reportedly proposed bypassing the US blockade and purchasing UK-produced vaccines through the Gavi financing program, which looks to boost poorer countries’ vaccination programmes via the World Health Organization’s (WHO) COVAX system. END_OF_DOCUMENT_TOKEN_TO_BE_REPLACED

‘The health of the people should be the supreme law’

While it isn’t clear how many people have lost their lives to COVID-19 in the US (is it under 400,000 still? Over 500,000 yet?) it is more clear than ever that we are experiencing a continent-wide public health catastrophe.

Perhaps this is unsurprising. After all, the US has a health care system designed not for the public good but for the private good, for profit. A fundamental conflict of interests, the generation of profits, by law, prevails over the provision of care, and has resulted in fewer hospital beds over the years, lack of basic equipment, chronic understaffing, and other deprivations of care. END_OF_DOCUMENT_TOKEN_TO_BE_REPLACED

POLITICAL ECONOMY OF THE PANDEMIC

During the year of the COVID, output, investment and employment in nearly all the economies of the world plummeted, as lockdowns, social isolation and collapsing international trade contracted output and spending.  And yet the opposite was the case for the stock and bond markets of the major economies.  The US stock market indexes (along with others) ended 2020 at all-time highs.  After the initial shock of the COVID pandemic and the ensuing lockdowns, when the US stock market indexes plunged by 40%, markets then made a dramatic recovery, eventually surpassing pre-pandemic levels.

END_OF_DOCUMENT_TOKEN_TO_BE_REPLACED

Protests against poverty and unemployment have been going for more than a week now in Tunisia. Over 1,000 protesters have been arrested so far, most of them between the ages of 15 to 25. END_OF_DOCUMENT_TOKEN_TO_BE_REPLACED 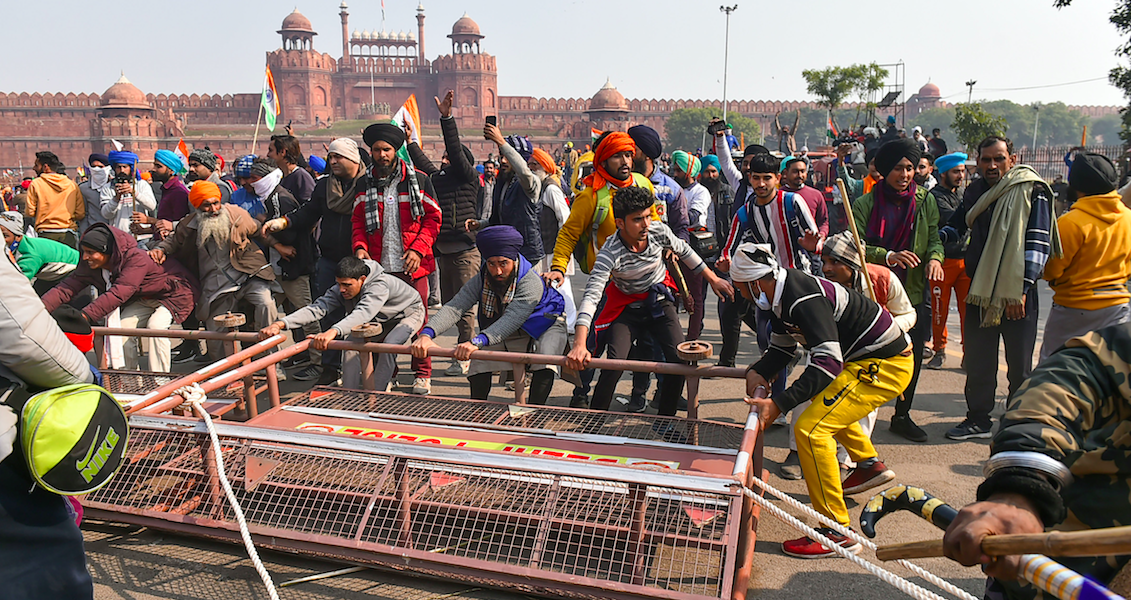 It would have been so much more proper for farmers to keep to neatly defined, peripheral routes for their tractor parade. After all, these routes on the outskirts of Delhi symbolised their place in the governmental imaginary. At the heart of this imaginary remains the political executive, shored up by military might, an indulgent judiciary, a pliant bureaucracy, fawning corporatised media, and ever-ascendant big business. Representatives of these pliant groups were no doubt invited to the official parade, replete with displays of military might and tableaus of the peaceful and prosperous federal units of India. END_OF_DOCUMENT_TOKEN_TO_BE_REPLACED