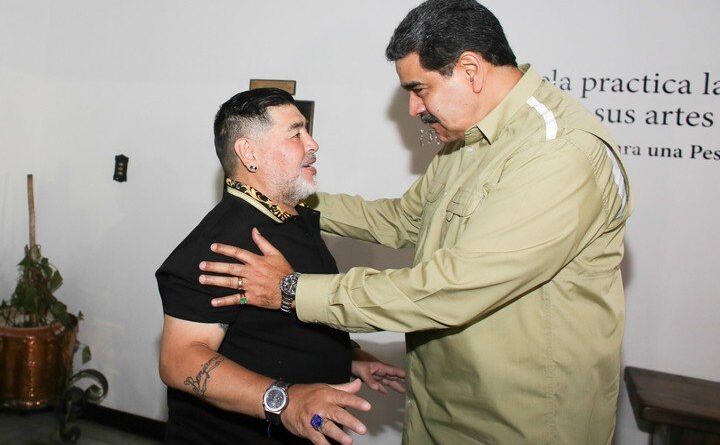 Wednesday, November 25— This afternoon, Venezuelan President Nicolás Maduro lamented the death of Diego Armando Maradona, a great friend and ally of the Bolivarian Revolution, and recalled some of the last conversations they held.

“We have received a great blow to our feelings, a great one has left… The eternal Diego… We spoke days after his birthday and he felt very sad about the pandemic. ‘This pandemic cannot go on anymore,’ he told me,” said Maduro, recalling one of the most recent conversations he had with the Argentine star, and how confinement had affected him.

The head of state highlighted Maradona’s standing as a person committed to the causes of the peoples of the South and described him as a “rebellious spirit against injustice.” President Nicola Maduro also revealed that Maradona “helped in secret operations to bring food to Venezuela, now I can say it.”

The Argentine footballer died this Wednesday, while recovering from a surgical intervention at his residence due to a cardio-respiratory arrest. His sudden death has saddened and stunned public opinion around the world.