What Do the Upcoming US Elections Mean for the Working Class of the US? 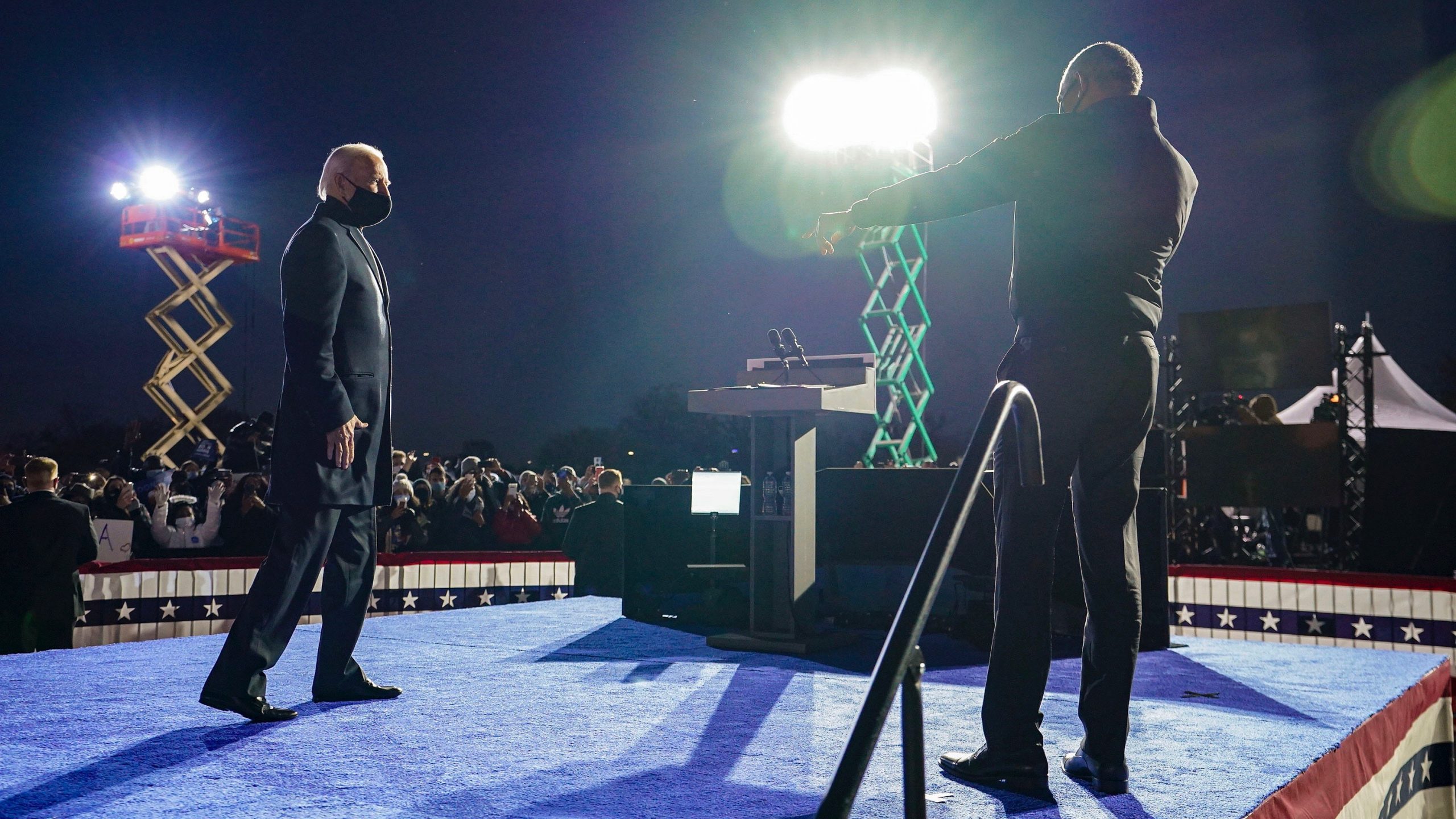 With one day before the U.S presidential elections, tensions are growing and all sectors are waiting anxiously not only for election day, Tuesday, November 3, but wondering anxiously on what will take place on the days and months to come.

Different analysts have come to the conclusion that these elections are the elections with the greatest significance and socio-political implications since the US Civil War.

In addition to the economic crisis that has been under development and exploded in 2007/2008, and its implication for working class and elite sectors in the U.S, there are at least five factors impacting the current elections, and making them unprecedented. END_OF_DOCUMENT_TOKEN_TO_BE_REPLACED

No, You Don’t Have To Vote for Trump or Biden. Here Are a Few Third-Party Candidates and How They’ve Been Censored With just hours to go before polls open and with 92 million Americans already having cast their vote, this year’s election will decide who will assume the office of the most powerful person in the world: Joe Biden or Donald Trump. Yet individuals’ votes do not have to come down to that. The United States is an outlier among Western nations in the dominance of its two-party system, something barely plausible in many democracies. Unbeknownst to many, however, there are a number of other candidates on the presidential ballot offering a distinctly different future for America than the established duopoly. END_OF_DOCUMENT_TOKEN_TO_BE_REPLACED When the United States decides to bring democracy to other nations, most of the world understands it as a euphemism for foreign intervention on behalf of any number of corporate and geopolitical interests. The level of involvement could range from a few USAID-linked NGOs providing ‘consultancy’ services to receptive governmental agencies all the way to remote-controlled drones and bombs dropping on innocent civilians in the name of freedom. END_OF_DOCUMENT_TOKEN_TO_BE_REPLACED

STRUGGLE FOR PEACE IN COLOMBIA

Amid Increased Violence, Colombians Mobilize in Defence of Life and Peace 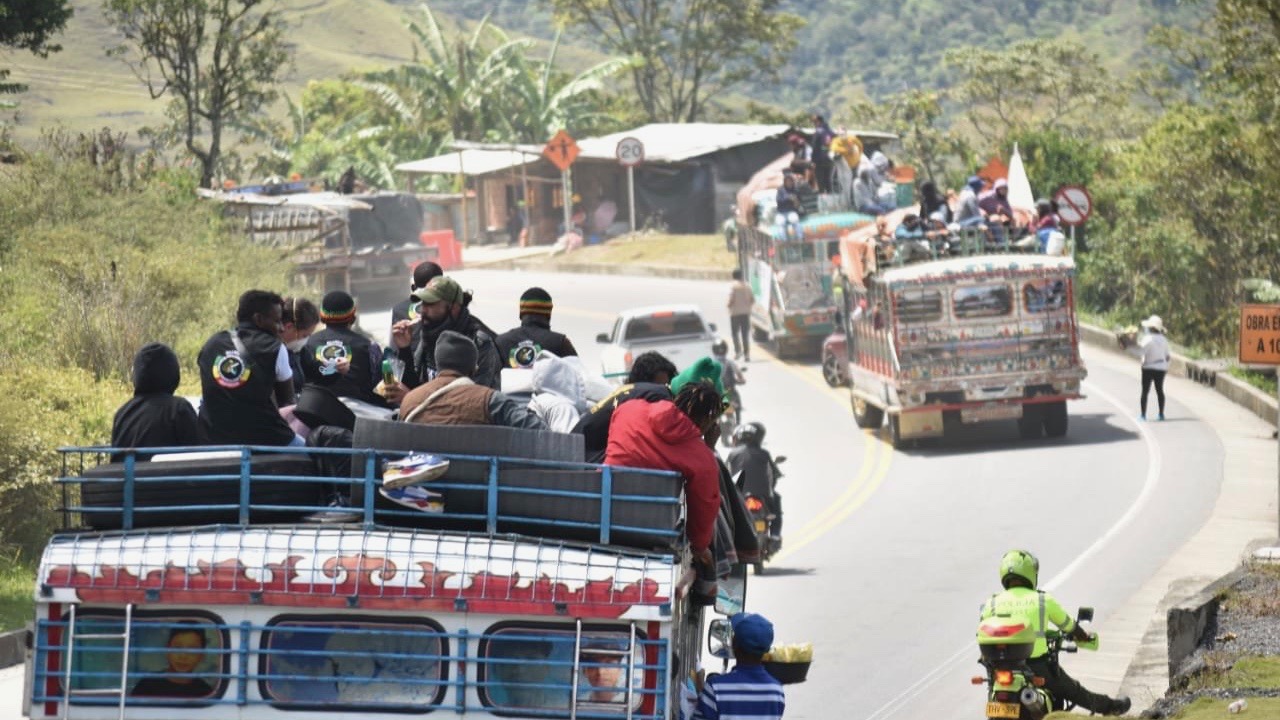 The Humanitarian Caravan for Life and Defense of Territory in the Cañón del Micay, carried out by social movements from the Cauca department, reached the El Plateado village on November 1. Photo: Colombia Informa

Mobilizations to demand an end to escalating violence in Colombia against social movements and political activists have intensified in recent days. Social movements have converged in the Cauca department as part of a Humanitarian Caravan, while ex-combatants of the Revolutionary Armed Forces of Colombia (FARC), today part of the Common Alternative Revolutionary Force party, have been marching in the Pilgrimage for Life and Peace. Organizations are demanding that the government take measures to stop the increase in violence and protect the life and integrity of citizens. END_OF_DOCUMENT_TOKEN_TO_BE_REPLACED

A shell explodes on November 13, 2014 in the Syrian city of Kobane Photo: Jordi Bernabeu Farrús/Creative Commons

KURDS and their supporters celebrated World Kobane Day today, marking the sixth anniversary of the resistance that led to the defeat of Isis in the northern Syrian city, turning the tide against the jihadists.

Demonstrations were held in major towns and cities across Europe to protest against Turkey’s continued occupation of parts of the north Syrian enclave known as Rojava, which it has flooded with jihadists, committing war crimes and other atrocities. END_OF_DOCUMENT_TOKEN_TO_BE_REPLACED

Military Alliance with US not in National Interest

THE 2+2 meeting of the Indian and US defence and foreign ministers held in Delhi on October 27 has resulted in the signing of the Basic Exchange and Cooperation Agreement (BECA) on geo-spatial cooperation.

With this agreement, all the so-called foundational agreements for a military alliance with the United States have been completed. This also comes in the wake of the joint naval exercise, “Malabar exercise”, between the four partners of the Quad which has been announced to be held in November.

These steps are being justified citing the recent tensions with China on the LAC in Ladakh.  But these agreements have been in the pipeline much before this current standoff.  The Logistics Exchange Memorandum of Agreement, the Communications Security Agreement and the upgrading of the quadrilateral forum have all taken place in the past few years. END_OF_DOCUMENT_TOKEN_TO_BE_REPLACED

The Dispossessed: Karl Marx’s Debates on Wood Theft and the Right of the Poor

Daniel Bensaïd examines Marx’s early writings to establish a new framework for addressing the rights of the poor, the idea of the commons, and private property as a social institution. In addition to Bensaïd’s prescient work of political philosophy, The Dispossessed includes new translations of Marx’s original “theft of wood” articles and an introduction by Robert Nichols lucidly contextualizing the essays.

END_OF_DOCUMENT_TOKEN_TO_BE_REPLACED 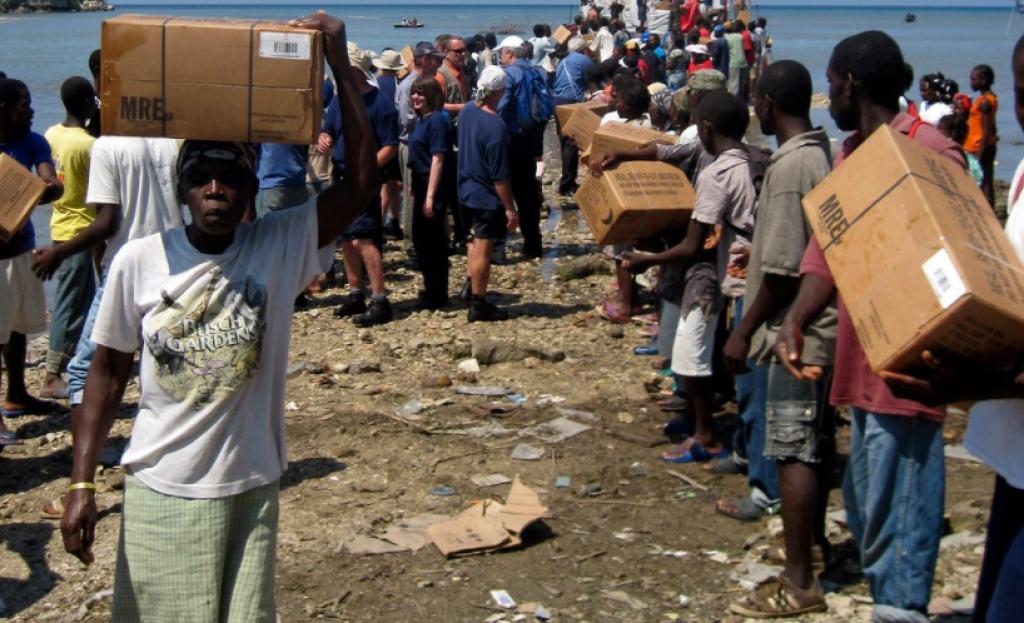 Fifty years after rich countries agreed to give 0.7 per cent of their gross national income (GNI) in aid, they have failed to deliver $5.7 trillion to the globe’s poorest, according to a study by nonprofit group, Oxfam.

This figure is nine times larger than sub-Saharan Africa’s stock of external debt at the end of 2019 of $625 billion, Fifty Years of Broken Promises, said. It was on October 24, 1970 that developed countries had made the commitment on aid.

Poor countries lost out around $114 billion a year since rich countries reneged on their ‘solemn promise’ to deliver the aid, Oxfam said. END_OF_DOCUMENT_TOKEN_TO_BE_REPLACED

We have been following more than 2,000 Queenslanders from their adolescence into adulthood. The aim of the Our Lives study is to investigate how young people think about their future and how they master their trajectories in a world of rapid change and uncertainty.

In 2006, our research team began tracking more than 7,000 students who began high school in Queensland at the age of 13. Since then, the study has become the largest and longest of school leavers in Australia post the global financial crisis. The cohort turns 27 this year. END_OF_DOCUMENT_TOKEN_TO_BE_REPLACED

3.2 Billion Images and 720,000 Hours of Video are Shared Online Daily. Can You Sort Real from Fake?

Twitter over the weekend “tagged” as manipulated a video showing US Democratic presidential candidate Joe Biden supposedly forgetting which state he’s in while addressing a crowd.