CHINESE ECONOMY AND THE WORLD

Reports on China’s economy: It will be 10% bigger while all major economies will be smaller

“‘China’s economy in 2021 is going to be 10% bigger than it was in 2019, and every other major economy is going to be smaller,’ said Nicholas Lardy, an economist with the Peterson Institute for International Economics. END_OF_DOCUMENT_TOKEN_TO_BE_REPLACED

The British defence secretary has stressed the importance of stepping up the UK’s protective capabilities amidst constantly evolving rivalries, adding that China is intent on building the world’s largest naval fleet.

Addressing the Atlantic Future Forum onboard the HMS Queen Elizabeth on Wednesday, Defence Secretary Ben Wallace spoke of the constant competition the UK was facing in the “grey zone between war and peace,” while specifically singling out China as an ever-evolving rival.

The secretary said: “China is growing the largest maritime surface and subsurface fleet in the world.” END_OF_DOCUMENT_TOKEN_TO_BE_REPLACED

Economics Brief: The Rise in Income Inequality in the United States

A thousand people in San Francisco spelled out a message on a beach in 2011. The U.S. is unusual not only for having such extreme inequality of incomes, but also for doing less than other countries to redistribute those incomes more equitably through taxes and transfers. Photo: Darya Mead

Part 1: The Name of the Game Is Class Struggle

It’s no secret that, over the last 40 years, income inequality has soared in the United States.

In the late 1970s, the top 10 percent of the U.S. population, ranked by income, received about one-third of total U.S. income. They now receive about half of total income.

The three Agriculture bills rushed through parliament by the Modi government seek to bring peasant producers into direct contact with corporate buyers without any intervention by the state. The government suggests that intervention in the form of the Minimum Support Price-regime will continue. But this is disingenuous: if the MSP-regime was to continue, why was it not incorporated into the legislation? Besides, the MSP-regime requires supervision by government agents like those installed in mandis; if the mandis lose primacy, as the legislation visualizes, then the MSP-regime becomes infructuous.

One consequence of this change has been much discussed, namely that it leaves the peasantry at the mercy of powerful private monopsonists, and that too in commodities subject to wild price fluctuations. In years of excess demand the high prices will not be passed on to producers; but in years of excess supply, the price falls will be passed on, driving peasants into debt and destitution. The protection against the latter provided by the MSP-regime is now being withdrawn. END_OF_DOCUMENT_TOKEN_TO_BE_REPLACED Bolivia’s Movement to Socialism (MAS) party is celebrating what appears to be a crushing, landslide victory in Sunday’s elections. Although official vote counting is far from over, exit polls show an overwhelming triumph for the socialists, and a repudiation of the right-wing military government of Jeanine Añez, who has ruled since the coup last November. At the same time, the corporate press appears less than pleased about the return to democracy for the Andean country. END_OF_DOCUMENT_TOKEN_TO_BE_REPLACED

VICTORY OF THE BOLIVARIAN PEOPLE

The MAS got a distance of over 26 points against the right-wing Citizen Community Party (CC), presided by Carlos Mesa.

The Bolivian Supreme Electoral Tribunal (TSE) on Friday reached 100 percent of the electoral count, which ratified the victory of Luis Arce’s Movement Towards Socialism (MAS) with over 55 percent of the votes in favor.

END_OF_DOCUMENT_TOKEN_TO_BE_REPLACED

In its latest World Economic Outlook report, the IMF again tackled the issue of climate change, global warming and what to do about it.  As it did last year, the IMF recognised that climate change was a burning issue for humanity and the planet.  But this time it claimed that there were policy options that could stop any further heating to a tipping point beyond which there was no turning back.

Global emissions fell by 8.8 per cent in the first half of this year amid restrictions on movement and economic activity owing to the coronavirus pandemic, according to a new report.

But it’s coming back up. END_OF_DOCUMENT_TOKEN_TO_BE_REPLACED

The Communist Party of China: Putting the People First

Among other items “proclaimed as the highest aspiration of the common people,” the preamble to the Universal Declaration of Human Rights states that “… human beings shall enjoy freedom … from want.”

The UDHR preamble goes on to state that “fundamental human rights, in the dignity and worth of the human person … have [been] determined to promote social progress and better standards of life in larger freedom.” END_OF_DOCUMENT_TOKEN_TO_BE_REPLACED 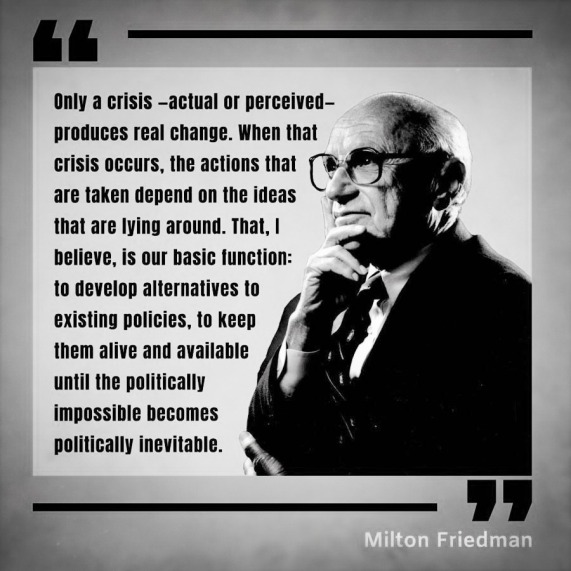 The history of economic thought shows that both mainstream economics and the Marxian critique of mainstream economics first appeared—and then grew or declined in influence, were debated and questioned, gave rise to new concepts and methods, and so on—as capitalism first came into existence and then changed over time. Thus, for example, after the crash of 2007-08, mainstream economics was widely questioned: because its theories and policies, in part, created the conditions that led to the crash; because it failed to include even the possibility of such a crash in its models; and because, once the crash occurred, it had little to offer in the way of effect remedies. END_OF_DOCUMENT_TOKEN_TO_BE_REPLACED

The False Promise of Herd Immunity for COVID-19

In May, the Brazilian city of Manaus was devastated by a large outbreak of COVID-19. Hospitals were overwhelmed and the city was digging new grave sites in the surrounding forest. But by August, something had shifted. Despite relaxing social-distancing requirements in early June, the city of 2 million people had reduced its number of excess deaths from around 120 per day to nearly zero.

In September, two groups of researchers posted preprints suggesting that Manaus’s late-summer slowdown in COVID-19 cases had happened, at least in part, because a large proportion of the community’s population had already been exposed to the virus and was now immune. Immunologist Ester Sabino at the University of São Paulo, Brazil, and her colleagues tested more than 6,000 samples from blood banks in Manaus for antibodies to SARS-CoV-2. END_OF_DOCUMENT_TOKEN_TO_BE_REPLACED