UN REPORT ON VENEZUELA AND IMPERIALISM

Latest UN Report on Venezuela is not Remotely Honest (Part 1)

UPDATE: I revised the second paragraph to be more fair to Bachelet whose position on US sanction has improved (most recently on September 25) – albeit from a terrible starting point).

On September 15, UN investigators published a 411 page report  about the human rights situation in Venezuela. They were not granted access to Venezuela but conducted hundreds of interviews with opponents of the Maduro government. Venezuela’s Foreign Minister Arreaza assailed the report for being done “remotely”. It was done separately from the office of Michele Bachelet, the UN’s High Commissioner for Human Rights, as Mision Verdad explained in a critique of the report.

END_OF_DOCUMENT_TOKEN_TO_BE_REPLACED

In a recent video conference, Venezuela’s President Nicolas Maduro stated that the US government has “given the CIA the green light to carry out covert terrorist operations against oil, electrical, military, electoral and public service targets [in Venezuela].” One such covert terrorist action included the plot to attack an oil refinery, by a former CIA operative who Venezuelan authorities arrested together with another individual.

Venezuela is approaching the constitutionally mandated election for a new National Assembly (NA). The NA that was elected in 2015 has been in contempt for serious irregularities, including swearing in members who had committed fraud, and will be replaced through the December 6 election. Many parties will participate in the election, including the governing party (United Socialist Party of Venezuela – PSUV), the Communist Party of Venezuela (PCV) and a group of opposition parties. END_OF_DOCUMENT_TOKEN_TO_BE_REPLACED

A Month and a Half Ago the US Stole Ships from Liberia with 3 Million Barrels of Gasoline: President Maduro 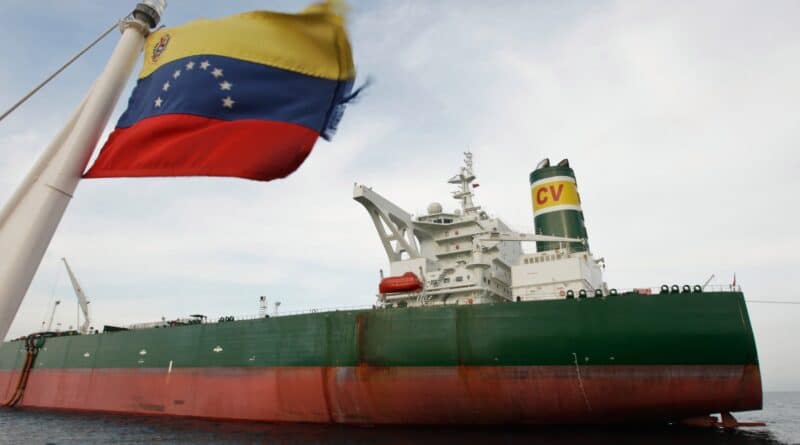 Venezuelan President Nicolás Maduro, during the delivery of the Anti-Blockade Law to the National Constituent Assembly (ANC), expressed that the economic, financial and commercial blockade imposed by the United States against Venezuela is part of a doctrine of the North American nation, to generate a regime change in Venezuela to benefit its own interests.

The President said that “researchers calculate that the income not received by Venezuela due to the fall in oil production between 2015-2019, is above 65 billion dollars.” END_OF_DOCUMENT_TOKEN_TO_BE_REPLACED

The 1.8 million-strong member COSATU will also be joined by other trade unions confederations such as SAFTU and FEDUSA. Photo: Times Live

South Africa is bracing for one of the decade’s most significant general strikes on Wednesday, October 7. Unions are protesting rampant corruption and looting of COVID-19 funds, and the government’s failure to honor a 2018 wage agreement in the public sector.

Unions from across sectors are mobilizing for the strike, called for by the 1.8 million-strong Congress of South African Trade Unions (COSATU). It is the largest trade union confederation in the country.

COSATU has traditionally been an ally of the ruling African National Congress (ANC), which, it now believes, has openly betrayed the country’s working class. This shift in COSATU’s position raises questions about the future of this alliance. It may also open up possibilities for greater unity in the trade union movement, which has faced divisions over the question of the ANC. END_OF_DOCUMENT_TOKEN_TO_BE_REPLACED 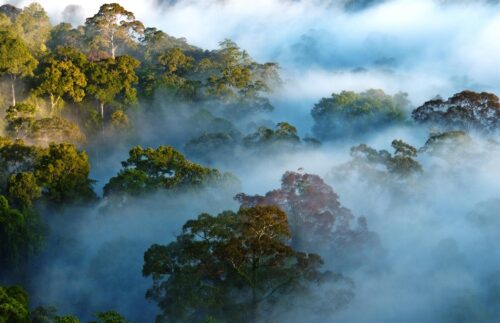 As of September 29th, Brazil’s Bolsonaro government has fired the civilian-run National Institute for Space Research (INPE), which has monitored the Amazon rainforest for the past three decades. INPE is being replaced (drumroll please) by the Brazilian military as the new watchdog over the world famous rainforest. Voila, worldwide concerns about deforestation are… ah… indeterminate, vague, unspecified.

All along, the spectacularly bountiful rainforest has increasingly come under heavy attack and definitively at risk of turning into a degraded savannah. A warning put forward by world-renowned Amazonian scientist Carlos Nobre, as two powerfully destructive assaults are simultaneously underway: (1) global warming is pounding the rainforest repeatedly every 5 years, ever since 1998, with severe droughts lumberingly reinforced by (2) massive deforestation (cutting down and burning trees) for commercial logging, farming, and mineral exploitation. END_OF_DOCUMENT_TOKEN_TO_BE_REPLACED

Nagorno-Karabakh and the Fate of New Alliances in Transcaucasia

Newsclick’s Prabir Purkayastha talks about the recent conflict between Armenia and Azerbaijan in the Nagorno-Karabakh region which has led to hundreds of deaths. He explains the factors that led to the start of the fighting, as well as the calculations of various players in the region, including Turkey, Russia and Iran. He also talks about the role played by the US and Israel. END_OF_DOCUMENT_TOKEN_TO_BE_REPLACED

Cotton is the only genetically modified (GM) crop that has been officially approved in India and has been cultivated (illegally then legally) in the country for more than 20 years. Although GM mustard has been approved for commercial cultivation by India’s apex regulatory body for GM crops (the Genetic Engineering Appraisal Committee, GEAC), a public interest litigation led by Aruna Rodrigues is before the Supreme Court challenging that decision and commercialisation of the crop is on hold.

The push to drive GM food crops into India has been happening for many years. Back in February 2010, the government placed an indefinite moratorium on the release of Bt brinjal after numerous independent scientific experts from India and abroad had pointed out safety concerns. END_OF_DOCUMENT_TOKEN_TO_BE_REPLACED

ISOLATION IN THE COVID-19 PANDEMIC

Collective Action Is How We Shake Ourselves Free of Pandemic Isolation

Teachers in Andover, Massachusetts, marched on September 22 for a safe return to school memorandum of agreement. Photo: Andover Education Association

The pandemic has made me see more clearly why it works when workers get together to solve problems collectively.

With no public health system to access and a disorganized, inept, and neglectful response from the government, individuals have been cast out alone to deal with the pandemic. Decisions about working—and risking one’s health and safety—have become individual.

Workers at home are isolated and workers at worksites are afraid. END_OF_DOCUMENT_TOKEN_TO_BE_REPLACED

COVID-19 AND DISPLACEMENT OF PEOPLE

Displaced persons at a camp in Goma in the Democratic Republic of the Congo. Photo: Wikimedia Commons

Around 14.6 million people were displaced globally in the first half of 2020 due to a host of factors. They now have the spectre of the novel coronavirus disease (COVID-19) hanging over them, a new report has said.

The displaced people were recorded across 127 countries and territories between January and June 2020, according to the report by the Internal Displacement Monitoring Centre (IDMC) based in Geneva.

A range of factors had converged to aggravate the situation of internally displaced people worldwide, the report said. END_OF_DOCUMENT_TOKEN_TO_BE_REPLACED