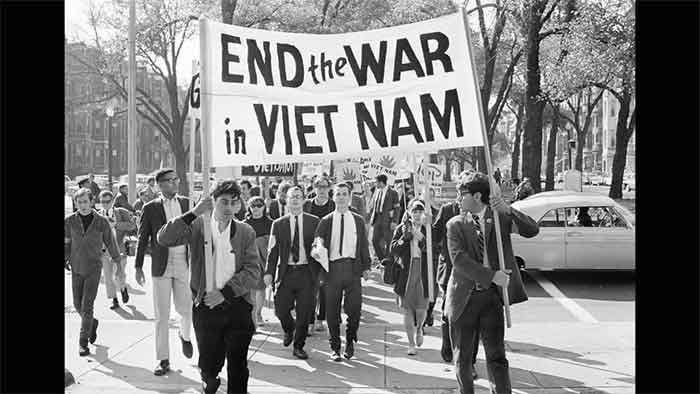 When you’re 20, full of piss and vinegar, you can open up to so much. That was the year, 1970, when dreams seemed so real. This writer had just returned from a brief summer in Virginia Beach, Virginia. This was but the second time I ever was away from my parents’ apartment, and for that matter, Brooklyn, NY, lauded as the ‘ 2nd largest city in N. Y. State’. God, how I did love my hometown. The block we lived on was like a village, replete with close to 100 families. Just one block, imagine that! Two years earlier I had secured a job as camp counselor at Camp Wayne, in , where else, Wayne County Pennsylvania. Having never been to or worked in a sleep away camp, this was foreign to me. I was the Brooklyn kid who was used to the hot summer concrete desert for his whole life up to that point. I only lasted one month at Camp Wayne, having pissed off the guy who ran the lakefront, a German who must have been a Hitler Youth 30 years earlier ( No joke). As relieved as I was to return home from having to eat ‘ Camp Food’ and sleep under the covers to dodge the mosquitoes, my return to Brooklyn from Virginia Beach was the opposite. My cousin and I had a summer that out surpassed anything since… and that covers 50 years.

A few months earlier, in May, Nixon illegally bombed the shit out of Cambodia. Four kids at Kent State University were shot dead by National Guard Kids, and throughout the nation college students went on strike. We followed suit at Brooklyn College, and I was front and center to it all. Unlike what had occurred earlier at Columbia University in Manhattan, where the cops beat the shit out of protestors who took over buildings, we ‘ lucked out’. The cops were ready to force us off the campus when someone at CUNY headquarters agreed to many of our demands, and compromise worked. There were those within our group who wanted to go ‘ Toe to toe’ with the cops , but for what purpose? Amerika then, as with Amerika now, was not ripe for the rebellion many were calling for. It is difficult for folks who live in a country that had never been invaded or occupied before, to suddenly rev up the passion needed for such action. This is the conundrum we who want change have to continually face.

After being back home for a month or so I went to Brooklyn College’s first year football team’s summer camp. The school had secured one week’s room and board at a Catskill Mountain hotel called Hotel Echo. This was a place one or maybe two notches below the exclusive ones like the Concord, Browns and Kutchers. For we players it was a nice respite from the steamy August bake fest in the city. Sitting in teammate Lee Greenberg’s Camaro sharing a joint while listening to Grand Funk Railroad’s ‘ Closer to home’ was the only fun I had during this ‘ Two a day ‘ week of practices. That and the traumatic experience of having star defensive end Clarence Davis gift me with a deviated septum. Volunteering to participate in a one on one blocking drill versus Clarence, his elbow went through my facemask as I failed in my effort, and down I went!  The only other highlight of the week was when I conversed with this older guest of the hotel. The guy, and remember this was 1970, shared with me his insight of ‘ Put your money in cable television kid. It’ll be the biggest thing to hit the entertainment industry. Can’t miss!’ Was he ever correct! The interesting thing about our new football team was that we were almost exactly 50 % white and black. For some reason, maybe because I was always a bit more radical politically than many of my white teammates, I seemed to get along well with the black guys on our team. Perhaps because they saw me during registration holding hands with a black female student ( which many other black students let the two of us know their distaste), who knows? The bottom line was that myself, like many of my black teammates, came from a blue collar background with a natural disdain for the establishment.

An interesting and, to me, poignant occurrence happened a week after we all returned from  the Hotel Echo. A few of my closer black friends on the team invited me to a party that was near where I lived. It seemed that a small segment of Sheepshead Bay, Brooklyn, had a totally black population. Around 100 years earlier there was a thoroughbred racetrack in Sheepshead Bay called Gravesend Park… right near where this neighborhood was. Almost all of the jockeys and racetrack help were black back then. So, it was natural for them and their families to live nearby. After the track closed in 1910 many of the families stayed there, I am sure to the chagrin of the white population. You see, as things change, nothing really changes. Segregation in NYC was just the same as in the Deep South, and it remains, to a great extent, the same today. Anyhow, my pals gave me the address and told me to meet them at this house around 8 PM. Being an early bird, I borrowed my old man’s car and arrived at a few minutes before 8 PM. There was a group of male and female black kids on the stoop. I walked over and asked if they knew my friends. A girl, about 18 or so, said ” What you doing here white boy? We don’t want you here!” One of the young men jumped in with ” Hey, you ain’t welcome here. Why don’t you go home white boy!” They then all went down the alley to the rear entrance of the house. I was dumbfounded. I was hurt more than angry. As I turned to retreat to my car a van pulled up. I could just smell that pungent smoke coming from the cracks in this old van. The rear door opened and my pals spilled out. We all exchanged pleasantries, but they could see I looked troubled. ” What’s the matter Foogio ( few people ever said my name correctly), what’s up Bro?” said my teammate Keith, the fullback who looked like a fullback. I told the guys what just transpired, and said I was going home. ” No way you are Foogio. You come with us brothers and we’ll sort this out. Come on!” I followed the five of them to the rear entrance and down the steps to the basement, where the party was. As we descended the stairs and the kids at the party noticed us, the music stopped. Keith stood there, surveying the group. ” Ok, who are the niggers that disrespected my man Foogio, hah?” Silence. ” Who is the bitch that called my man ‘ White boy’ and told him he wasn’t welcome at your shit ass party, hah?” Silence. Keith looked around and said ” You know what, you ain’t got no good looking bitches here anyway. Come on guys, let’s roll. These niggers ain’t worth shit!” Outside the house, as my friends were piling back into the van, one of them asked me to follow them to their ‘ hood’ to another party. I thanked them but just wanted to go home. I was still feeling pretty shitty.  Many times over the years, just like now as I write this, I cry. Friendship is so very sacred.

One week after that party incident Labor Day arrived. There was still four months to go in 1970 and I sure experienced so much.

Philip A Farruggio is a contributing editor for The Greanville Post. He is also frequently posted on Global Research, Nation of Change, Countercurrents.org, and Off Guardian sites. He is the son and grandson of Brooklyn NYC longshoremen and a graduate of Brooklyn College, class of 1974. Since the 2000 election debacle Philip has written over 400 columns on the Military Industrial Empire and other facets of life in an upside down America. He is also host of the ‘ It’s the Empire… Stupid ‘ radio show, co produced by Chuck Gregory. Philip can be reached at paf1222@bellsouth.net