U.S. Oligarchic Dozen Now Own $1 Trillion in Total Wealth, More Than the GDP of Belgium and Austria Combined

New research by the Washington D.C.-based Institute for Policy Studies (IPS) showed that since the beginning of the coronavirus pandemic, the 12 top U.S. billionaires have seen their combined wealth soar by 40 percent, or $283 billion, to more than $1 trillion.

It is the first time in U.S. history that the collective net worth of the top 12 American billionaires has topped the trillion-dollar mark.

In Philadelphia, at least one person has died violently every day this year, mostly from guns.

As of Aug. 14, Philadelphia has seen at least 262 homicides this year, 30% more than this time last year.

Philadelphia is just one of dozens of major U.S. cities plagued by a horrifying increase in gun violence this year, from New York and Milwaukee to Los Angeles and Denver.

The violence — from nine people shot at a family picnic in Denver in August to three fatal shootings in the same month in Indianapolis — comes amid a backdrop of nightly protests against police brutality, the ongoing COVID-19 pandemic and the subsequent economic devastation caused by widespread unemployment. END_OF_DOCUMENT_TOKEN_TO_BE_REPLACED

Delivery persons working for Swiggy — one of India’s largest online food ordering and delivery platforms — have been on strike in multiple cities of the country over the past week. The scale of this labor action is expanding, as an increasing number of these workers down tools in a protest against the squeeze on their earnings.

While the delivery costs charged to the customers have increased, delivery persons complain that their basic pay per delivery has been decreased to less than half — reduced from Rs. 35 (USD 0.47) per order to Rs.15 (USD .20). Incentives and other charges paid to riders, which vary from city to city, have also been sharply reduced. END_OF_DOCUMENT_TOKEN_TO_BE_REPLACED 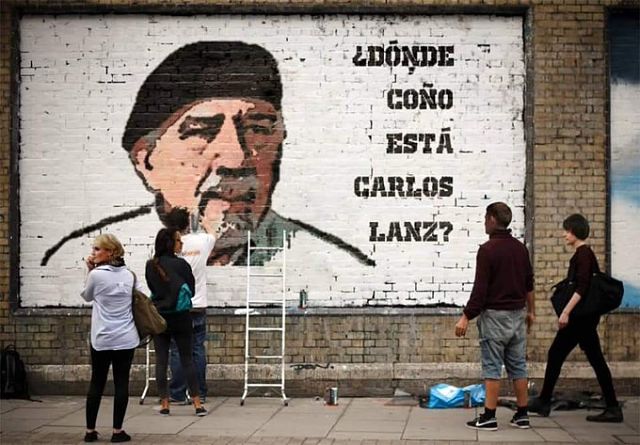 The mural reads, “Where the Hell is Carlos Lanz.” (@AngelDanielCCS / Twitter)

Lanz disappeared from his home in Maracay, Aragua State on August 8, prompting a grassroots campaign demanding authorities open an inquiry. In response, Saab unveiled a “multidisciplinary commission,” including the Bolivarian Intelligence Service (SEBIN) as well as anti-extortion and kidnapping police units to “discover the truth.”

END_OF_DOCUMENT_TOKEN_TO_BE_REPLACED

The Venezuelan ambassador to the United Nations, Samuel Moncada, reiterated his denunciation of the United States’ orchestrating an invasion in Venezuela to destroy the military and political forces of the Bolivarian Revolution.

On his Twitter account, the Ambassador indicated that the White House’s war propaganda against Venezuela seeks to assassinate the President of the Republic, Nicolás Maduro and turn the country into a colony. END_OF_DOCUMENT_TOKEN_TO_BE_REPLACED

Dear colleagues, brothers and sisters of the world working class,

The World Federation of Trade Unions salutes its members, friends and simple workers around the world who have been struggling day by day for their survival, for the defense of their labor rights, for having a human life in the midst of unprecedented pandemic conditions.

The workers of the capitalist countries, since the outbreak of the pandemic, not only have been counting their dead, but also have seen in the most blatant way the inhumanity of the bourgeois governments, which without any hesitations did not take effective measures for the protection of the people, so that the big capital, the bosses, would gain even more. The countless dead in the USA, Brazil, Italy and Colombia, as well as in other countries, are witnesses to the crimes of their governments against their own peoples. END_OF_DOCUMENT_TOKEN_TO_BE_REPLACED 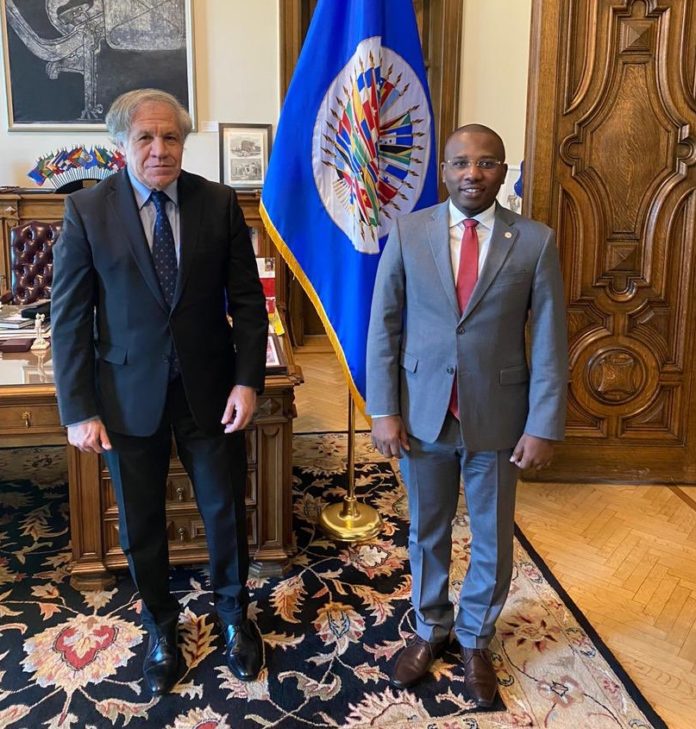 What could be more ironic and ludicrous than Haiti’s President Jovenel Moïse accusing Venezuela’s President Nicolas Maduro of being “illegitimate and dictatorial” while demanding that he immediately “hold free, fair, and transparent general elections”?

But that is exactly the position of the Lima Group, a collection of 15 Latin American states and Canada, which Haiti joined in January 2020.

From Tue., Aug. 4 to Sun., Aug. 9, Haiti’s new foreign minister, Dr. Claude Joseph (who took his post under new de facto prime minister Joseph Jouthe on Mar. 5) visited Washington with his tin cup, looking for money for the cash-strapped government. He met with Lima Group ambassadors at Washington’s Westin Hotel on M St. for about an hour on the morning of Thu., Aug. 6.

END_OF_DOCUMENT_TOKEN_TO_BE_REPLACED

COVID-19: This Pandemic Brings Out the Worst in Our CEOs

As horrible as the Covid-19 crisis is, it has brought out the best in the American people — the selflessness of front-line nurses and doctors — for example, as well as the generous community spirit of local food businesses.

But it has also amplified one of the worst flaws in our society, namely the “me-first” greed of corporate chieftains.

Last year, we were told that a new, more democratic corporate ethic was emerging. The CEOs of 181 big-name giants signed a public pledge to run their corporations not solely to maximize shareholder profits, but also to benefit workers, communities, and other economic “stakeholders.”

END_OF_DOCUMENT_TOKEN_TO_BE_REPLACED

A new training center created in Lithuania (Pabradė) with the assistance of the U.S. military to help with organizing protests in Belarus.

It is planned to finance the training of contractors using the fund created to help protesters in Belarus.

A new fundraising campaign has been announced by Lithuania’s Minister of Foreign Affairs Linas Linkevičius on Twitter.

The funds will be used to help injured protesters, to purchase the necessary equipment, uniforms and gear for combat training. END_OF_DOCUMENT_TOKEN_TO_BE_REPLACED

The UN recognises 58 small island developing states, with 29 in the Caribbean.
1

The World Bank classifies most of the Caribbean islands as middle-income or high-income countries, and the UN Human Development Index is generally categorised as high across the region (2018 values range between 0·7 and 0·8).

Despite these positive development indicators, the Caribbean small island developing states share a common set of environmental, economic, and social vulnerabilities because of their absolute size and geographical remoteness.

The resources available to individual small island developing states limits their capacity to prepare for, and respond to, acute environmental and health emergencies. The Global Health Security Index—measuring the national capacity to prevent, detect, and respond to public health emergencies—is below 40·0 across the Caribbean (average of 32, range 24–38) against a global average of 40·2 and an average among high-income nations of 51·9.