Skip to content
Search
Close
If wealth inequality is to be prevented from becoming worse than the horrendous level it has already attained, then the only way this can be done is by larger government spending that is financed by a tax on the rich, either a profit tax or a wealth tax. 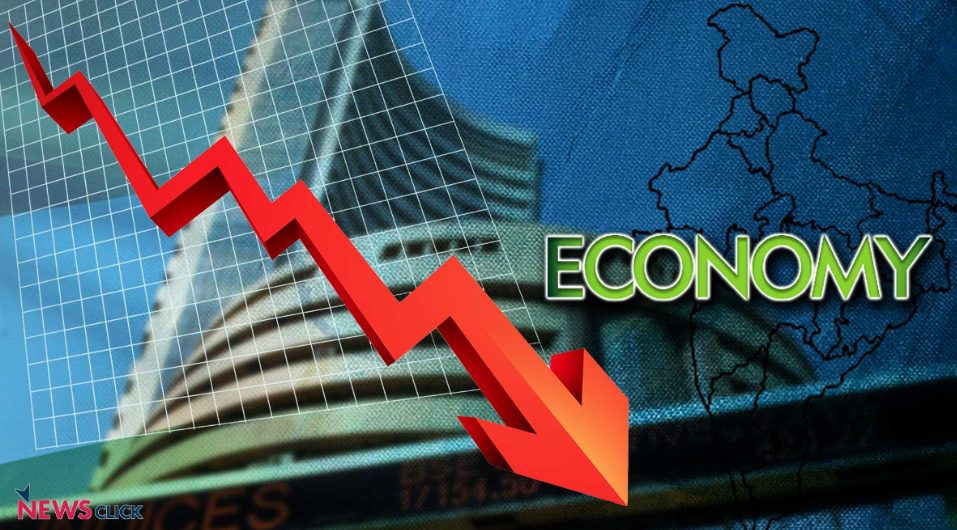 I have written about this in the past, but since bad economics comes thick and fast from the representatives of finance capital, especially the Bretton Woods institutions located in Washington DC, there is no harm in repeating myself.

The issue relates to a fiscal deficit and has acquired urgency at present because revenues of governments everywhere in the world, including India, have declined owing to the pandemic-induced lockdown, while the need for government spending on relief and healthcare has escalated steeply, necessitating large fiscal deficits.

Two grossly erroneous propositions are advanced in this context by the representatives of finance: one, that a fiscal deficit beyond a certain limit (usually 3% of GDP) must always be avoided as it either tends to be inflationary (if it is monetised, i.e. if the additional government borrowing it causes comes from the Central Bank), or crowds out private investment (if the additional government borrowing comes from the private sector). Throughout this discussion, I shall ignore for simplicity the case of borrowing from abroad.

The second erroneous proposition is that if, instead of borrowing, the government finances its expenditure by selling some assets of its own, like public sector equity or government land, then there will be no ill-effects like those of a fiscal deficit. In fact, the sale proceeds from these assets are shown as government income, on a par with its tax revenue, and hence the enlarged fiscal deficit disappears. Let us examine these two propositions seriatim to see why they are wrong.

In an economy where there is unutilised capacity and unemployment, i.e. an economy which is demand-constrained, a fiscal deficit, even if financed by government borrowing from the Central Bank cannot possibly be inflationary. Inflation occurs if supply cannot increase while demand increases, at base prices; but in an economy, which is demand-constrained, an increase in demand will cause an increase in output and hence supply, and not in prices. Hence there is no question of its being inflationary in a situation like the present one, where both unutilised capacity and unemployment exist.

ALSO READ: IN THE HIGH NOON OF THE LIBERAL VIEW OF NATURE

Since a fiscal deficit puts wealth into the hands of the capitalists without their doing anything to earn it, it gratuitously increases wealth inequality in the economy; and that is what is wrong with it, compared for instance to tax-financed government spending.

But then why does the IMF think otherwise? The reason is entirely ideological. While there cannot possibly be any difference between two situations, one where the government finances its spending by putting claims upon itself in the form of government bonds in capitalists’ hands, and the other where the government spends by putting its equities in capitalists’ hands, the reason why the IMF counts the first as fiscal deficit and frowns upon it, while allowing the second, is because it wants the public sector to be privatized. It is this ideological preference that makes the IMF pretend that sale of public sector equity should not be counted for fiscal deficit.

This has an unfortunate consequence. Whether the government spends by selling bonds or by selling land also makes no difference to the fact that it increases wealth inequality. A fiscal deficit increases capitalists’ wealth by putting government bonds (or money) in their hands over and above the wealth they had before the government decided to spend more by resorting to a fiscal deficit. Putting land or public sector equity into capitalists’ hands makes not an iota of difference to this fact; it only changes the form of their wealth, not the fact of capitalists getting additional wealth and hence there being an increase in wealth inequality in society.

While an increase in government spending in India in the current circumstances is a must, given that the Indian economy is demand-constrained, advocating that this spending should be financed through a sale of government land displays a lack of awareness, both of the fact that selling land is no different from a fiscal deficit, and that it also entails an increase in wealth inequality.

If the economy is to be stimulated and if wealth inequality is to be prevented from becoming worse than the horrendous level it has already attained, then the only way this can be done is by larger government spending that is financed by a tax on the rich, either a profit tax or a wealth tax.