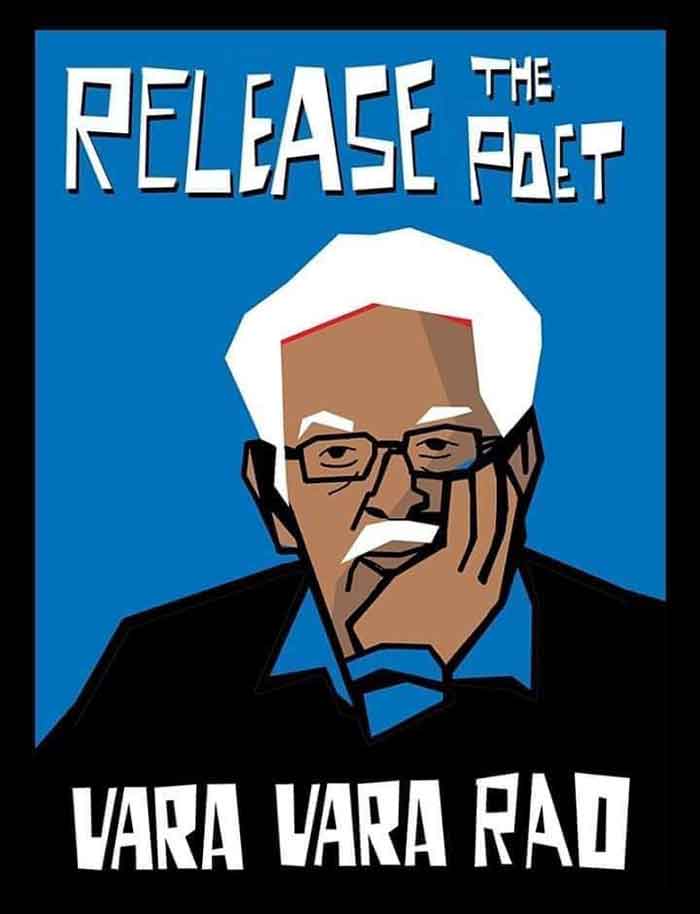 Ever since the Bollywood star tested positive for COVID 19, the social media is flooded with messages for his speedy recovery.

Amitabh Bachchan and three generations of his family, including son Abhishek and daughter-in-law Aishwarya Rai, and their eight-year-old daughter, were tested positive. This has obviously alarmed their fan following, as husband and wife too, like the family patriarch, have acted in the film industry.

The development has been widely reported in the international media, including CBC and Global, and Bachchan’s admirers are publicly praying for his well-being.

Though all this is understandable, considering the stature of Bachchan clan, there is a complete silence and lack of outrage over the inhuman treatment being meted out to people’s poet Varavara Rao.

81-year-old Rao is not only a revolutionary Telugu poet, but a well-respected political activist. In spite of old age and poor health, he continues to be detained in Mumbai jail.

Arrested in August 2018, he was and thrown into prison on trumped up charges after being branded as a Maoist ideologue and accused of being involved in a plot to assassinate right wing Hindu nationalist Prime Minister Narendra Modi. These allegations have been strongly refuted by his relatives and supporters, who believe that all this is being done to stifle voices of dissent.

Rao is among several known scholars and human rights defenders who are being detained for merely standing up for the poor and marginalized, especially Adivasis (Indigenous peoples), who continue to face displacement from their traditional territories by the extraction industry looking for access to mineral-rich lands with the backing of the state.

Maoist insurgents, fighting a class war, have been active in tribal areas, where Adivasis often take up arms due to the high-handedness of the police and security forces. Many Adivasis see them as protectors in their fight for survival from barbarity of the state.

Rao’s health condition has worsened over the last several days, even as the threat of COVID 19 continues to grow in overcrowded Indian jails. Despite many petitions and protests seeking the release of political prisoners under these extraordinary circumstances, the authorities have refused to release him on humanitarian and compassionate grounds. There is a feeling among his supporters that the Indian state wants to finish him legally and send a message to the opposition.

Those who are really concerned about the health of Bachchan and his privileged family must not overlook the struggle of Rao, who is being persecuted for his advocacy of the underdog.

Unlike Bachchan, who has largely remained indifferent to the ongoing repression of religious minorities in India, individuals like Rao haven been putting their lives at risk for the rights of ordinary people. It’s time to stand up for real and not fake celluloid heroes.

Gurpreet Singh is a journalist