Venezuelan Minister of the Interior, Nestor Reverol, made public this Sunday morning the dismantling of a terrorist assault by sea, originating in Colombia, and aiming to desembark on the coasts of the state of La Guaira. Reverol highlighted that the objective of this incursion was to commit terrorist acts in the country, the assassination of Bolivarian revolutionary leaders and thereby leading to a new coup attempt in the mist of the successful Venezuelan battle against Covid-19. END_OF_DOCUMENT_TOKEN_TO_BE_REPLACED 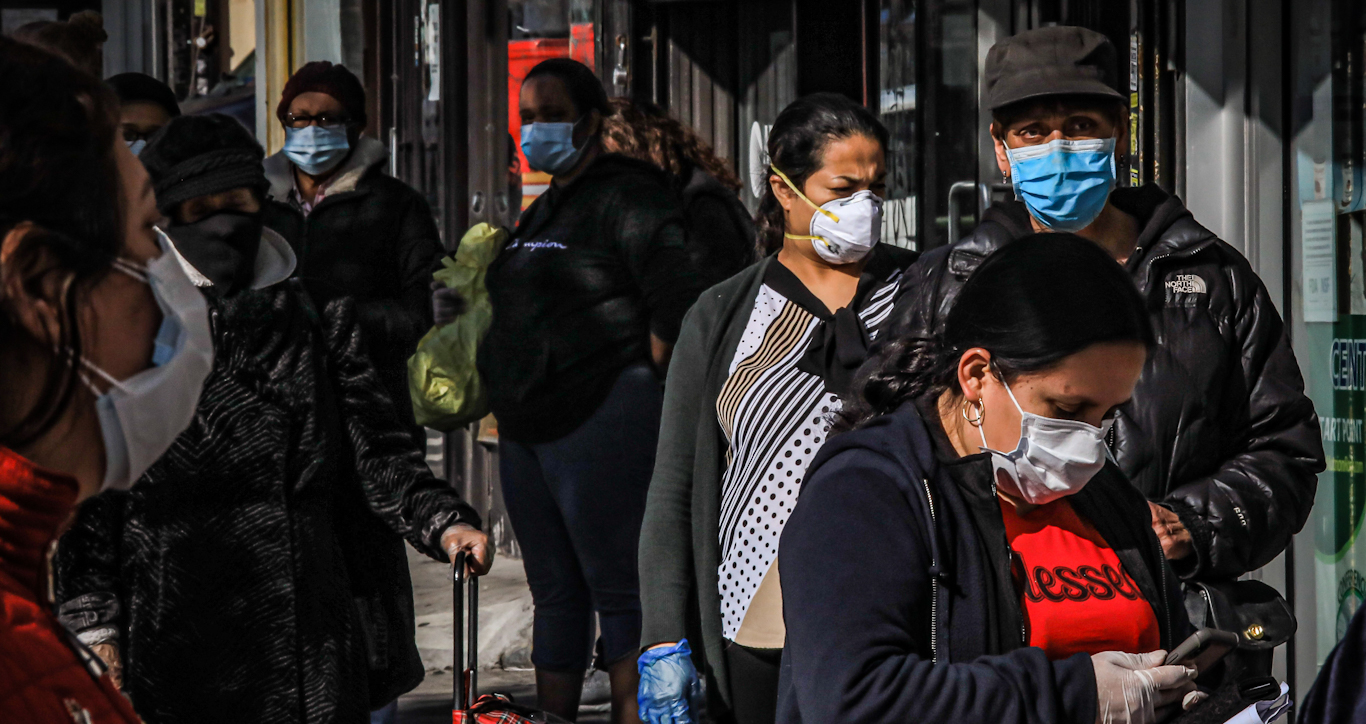 They talk about it as if they’re doing a garbage, low budget remake of “Charlie and the Chocolate Factory,” but instead of a golden ticket, it’s a $1,200 check. And instead of a magical trip through a fantasy land of candy and orange-faced crooners, it’s a paltry pittance from an orange-faced fascist who held up the delivery in order to ensure brand advertising on each and every check. For all of us stuck in the real world, outside the movie magic, the illusion of these golden tickets saving Americans from their all too real and all too poor existences is just that – an illusion. END_OF_DOCUMENT_TOKEN_TO_BE_REPLACED 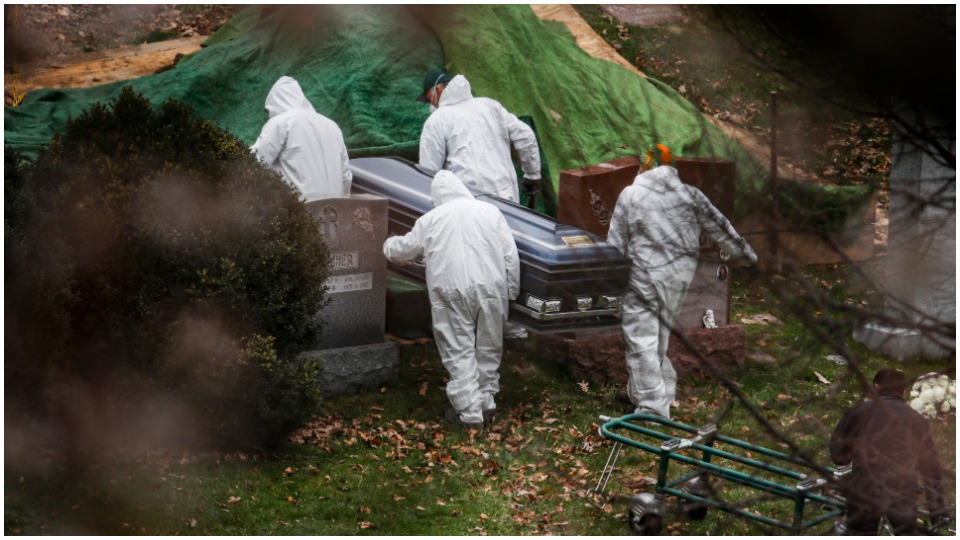 Workers wear personal protective equipment while carrying a casket due to coronavirus concerns during a funeral in Brooklyn borough of New York, March 30, 2020. A newly leaked CDC document suggests the case and death totals could soar by June. | John Minchillo / AP

The Trump administration, despite urging a re-opening of the economy, is sitting on its own projections that the daily death toll from COVID-19 will nearly double in the next four weeks. The report is in the form of an internal CDC document procured by a number of newspapers, including the New York Times and the Washington Post.

The leaked CDC document forecasts that new coronavirus cases will surge to 200,000 per day by June 1, with a daily death toll rising along with it to 3,000. The number of new cases at this time is about 25,000 per day while the daily death count is now around 1,750 per day.

END_OF_DOCUMENT_TOKEN_TO_BE_REPLACED The number of official global coronavirus mortalities surpassed a quarter of a million people today, including over 69,000 in the U.S. (although this is very likely an undercount). Polls show that the American people are extremely worried about contracting the virus. However, the government has a much bigger concern: that if they find a COVID-19 vaccine, China will copy it and distribute it for free. END_OF_DOCUMENT_TOKEN_TO_BE_REPLACED

WASHINGTON—Call it pandemic profits: A new report by the Institute for Policy Studies, the latest in its biannual series, shows the ultra-rich got ultra-richer in the months since the coronavirus pandemic hit the U.S. And the richest of them all, Jeff Bezos, profited big time from the ensuing crash.

Not that Bezos needed it. His net worth, as of May 7, is larger than the entire output, in cash, goods, and services—gross domestic product—from everyone in the entire state of Arkansas, combined.

END_OF_DOCUMENT_TOKEN_TO_BE_REPLACED As COVID-19 rips through the United States, a record 26.5 million Americans have filed for jobless benefits since mid-March alone; numbers not seen since the height of the Great Depression. Tens of millions have been laid off, furloughed, or seen business dry up in a matter of weeks. “Prepare yourself,” said a worried Kevin Hasset, senior economic advisor to President Donald Trump, claiming that the economy “will be as bad as anything we’ve ever seen,” and predicting we will soon see unemployment levels of 20 percent and a 40 percent collapse in GDP. END_OF_DOCUMENT_TOKEN_TO_BE_REPLACED

The following interview with Karl Marx, published in the New York Sun on Sept. 6, 1880, was written by John Swinton, printer, journalist, and editor, when he visited Europe. It first appeared in our pages as part of the May 5, 1940 edition of the Sunday Worker. Swinton’s enthusiastic appreciation of Marx gives a vivid picture of Marx with his family and expresses the admiration of an American journalist who could not help but feel the genius of the working class leader. A few of Swinton’s ideas were somewhat inaccurate, as, for example, his reference to the “stormy Bakunin” and to “the brilliant Lassalle” as “pupils of Marx.” Bakunin was an inveterate enemy of Marx, and Lassalle never represented Marxism, but, on the contrary, distorted it. Nevertheless, readers may find interesting what was written by an American journalist about Marx in 1880, just three years before his death.

One of the most remarkable men of the day, who has played an inscrutable but puissant part in the revolutionary politics of the past forty years, is Karl Marx. A man without desire for show or fame, caring nothing for the fanfaronade of life or the pretense of power, without haste and without rest, a man of strong, broad, elevated mind, full of far-reaching projects, logical methods, and practical aims, he has stood and yet stands behind more of the earthquakes which have convulsed nations and destroyed thrones, and do now menace and appall crowned heads and established frauds, than any other man in Europe, not excepting Joseph Mazzini himself.

END_OF_DOCUMENT_TOKEN_TO_BE_REPLACED

Karl Marx, born May 5, 1818, has been buried so many times that his resuscitation threatens to become an everyday occurrence

Karl Marx, born May 5, 1818, has been buried so many times that his resuscitation threatens to become an everyday occurrence. There are several ways to return, one is as a memory of something that has stood the test of time, and in this sense, he is seen as the master mason who laid the first stone for a project that continues. In fact, that is part of the merit of Marx’s work. This is how very influential – and not at all communist – Jacques Attali once described him, “He was the first to grasp the world as a whole, which is at once political, scientific and philosophical. From that point of view, he is, as the communist historian Eric Hosbawm said, “the recognized founding father of modern thinking about society.” END_OF_DOCUMENT_TOKEN_TO_BE_REPLACED 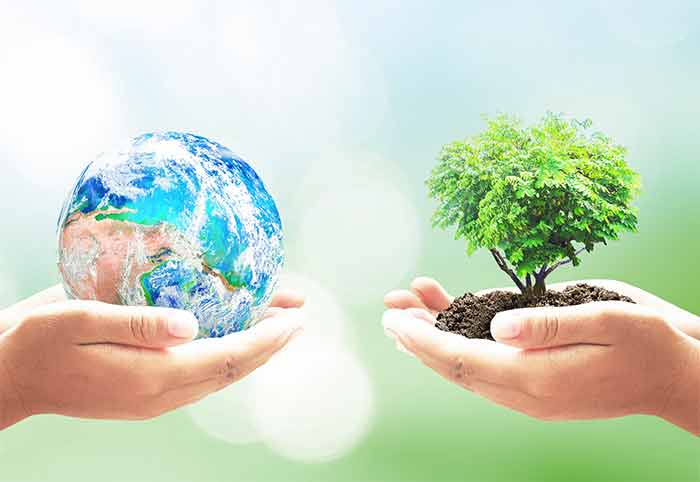 This year Nature has given us a clear message. It sent us COVID 19 and halted capitalism for 4 months, made us stop burning fossil fuels and use just the bare essentials. And it has rewarded us with clean air, cleaned up our rivers and lakes, improved our human relations and restored wild life. There are dolphin in the Ganges in Kolkata and leopards are frolicking in our cities. Many birds have come back in our cities. Ozone hole has been repaired. Workers travelling back to their villages found unusual warmth from people every where. They also performed Herculean tasks – a man travelled 1100 Kilometres in seven days on a three old bicycle with his wife riding pillion. With such bountiful Nature can we not envision restoring a paradise on earth in 3 years? END_OF_DOCUMENT_TOKEN_TO_BE_REPLACED

Economies are in a state of seizure. This type and scale of viral outbreak is first-of-its-kind in our lifetime. A pandemic can be controlled by closing borders — but nature has no boundaries. We must remember that on our planet, everything is connected to everything else.

Virus is a symptom — a reminder that we have to be prepared for even bigger lockdowns in future. It is a wake-up call from nature for the choices we are making. END_OF_DOCUMENT_TOKEN_TO_BE_REPLACED