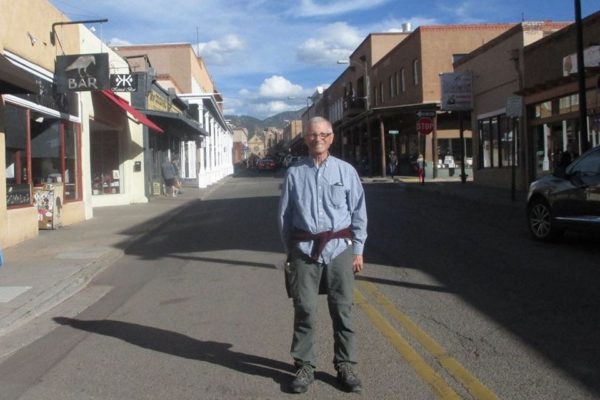 I am worried, shocked, sad, angry. At 74 and with a pre-existing condition, Covid-19 certainly could mean death. I am more afraid than I have ever been in my life. And while I have been chronicling society’s ill for years, the current moment astounds me; it is well beyond my prior imagining. Every day brings news more awful than the day before. I find it hard to cope, to do anything but hypnotically read one sad story after another. A sometimes-incoherent rage follows. Not only at the obvious targets but at so many whom I thought would have more sense, less ego, more insight. It is hard to be hopeful now. I am not. END_OF_DOCUMENT_TOKEN_TO_BE_REPLACED 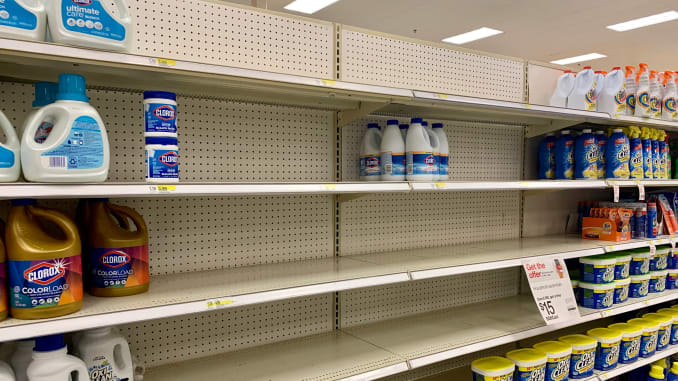 The coronavirus pandemic sweeping the world will turn global economic growth “sharply negative” in 2020, triggering the worst fallout since the 1930s Great Depression, with only a partial recovery seen in 2021, the International Monetary Fund (IMF) Managing Director Kristalina Georgieva said.

Georgieva painted a far bleaker picture of the social and economic impact of the new coronavirus than even a few weeks ago, noting governments had already undertaken fiscal stimulus measures of $8 trillion, but more would likely be needed.

There is “tremendous uncertainty around the outlook” and the duration of the pandemic, Georgieva said. END_OF_DOCUMENT_TOKEN_TO_BE_REPLACED

Increased panic buying of food due to coronavirus lockdowns has led to price spikes for the world’s two staple grains – rice and wheat. Reuters data showed, rice prices are now the highest since late April 2013.

The price of rice has hit seven-year highs, while wheat futures have risen by around 15 percent since the second half of March. END_OF_DOCUMENT_TOKEN_TO_BE_REPLACED

END_OF_DOCUMENT_TOKEN_TO_BE_REPLACED 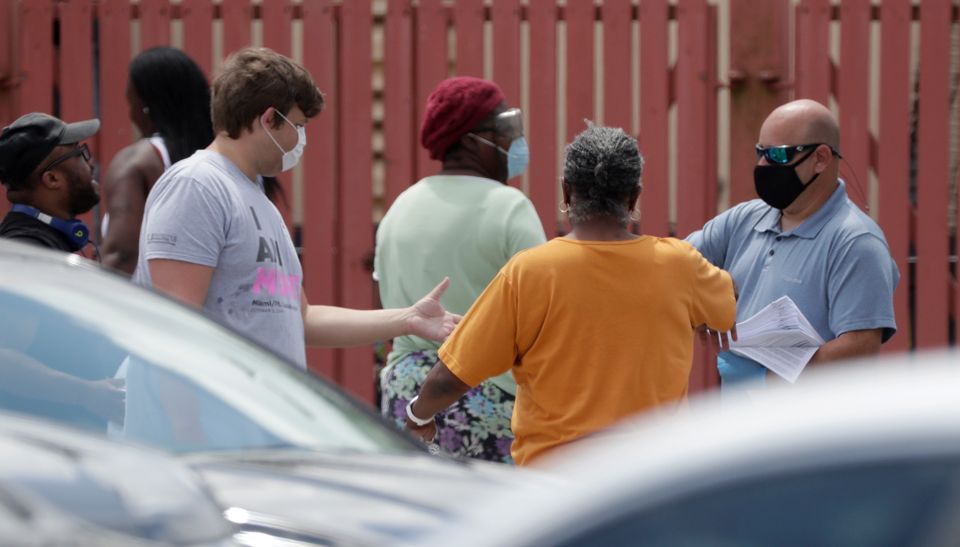 A worker, right, hands out paper unemployment applications, Tuesday, April 7, 2020, at Babcock Park in Hialeah, Fla. The Florida Department of Economic Opportunity said it is working to expand online capacity with additional servers after its system crashed, even as it began accepting paper applications to accommodate more claims while getting staffing help from other state agencies. | Wilfredo Lee / AP

WASHINGTON—Total unemployment claims since the start of the COVID-19 epidemic have now topped 16.8 million. For the week ending April 4, an additional 6.6 million new claims were filed. New information in March exceeded 15 million, total, the federal government’s Bureau of Economic Analysis said on April 9.

The only reason the number did not set a new record is because the BEA recalculated the prior week’s total upward to 6.87 million.

“16.8 million apply for unemployment benefits in three weeks! The labor market has been upended,” said Elise Gould, the policy director of the labor-backed Economic Policy Institute on Twitter.

END_OF_DOCUMENT_TOKEN_TO_BE_REPLACED

U.S. officials granted Google permission to turn on a high-speed internet link to Taiwan but not to the Chinese territory of Hong Kong, citing national-security concerns in a ruling that underscores fraying ties between Washington and Beijing. END_OF_DOCUMENT_TOKEN_TO_BE_REPLACED

Tedros Adhanom Ghebreyesus, World Health Organization leader, condemned the suggestion of testing an anti-COVID vaccine on  the African population. These statements, qualified as racism, were made by two doctors who were live on French television.

The main argument for the hypothetical vaccine testing is Africa does not have the defense and preventive resources as other regions. Jean-Paul Mira and Camille Locht, who are the Intense Care Chief and Director of the National Medical Research Institute in France.

END_OF_DOCUMENT_TOKEN_TO_BE_REPLACED

In this episode of the International Round-Up, Newsclick’s Prabir Purkayastha talks about Bernie Sanders’ withdrawal from the Democratic race, and the efforts by the party establishment to target him. He also talks about the accusations against the WHO and the need for global solidarity. END_OF_DOCUMENT_TOKEN_TO_BE_REPLACED 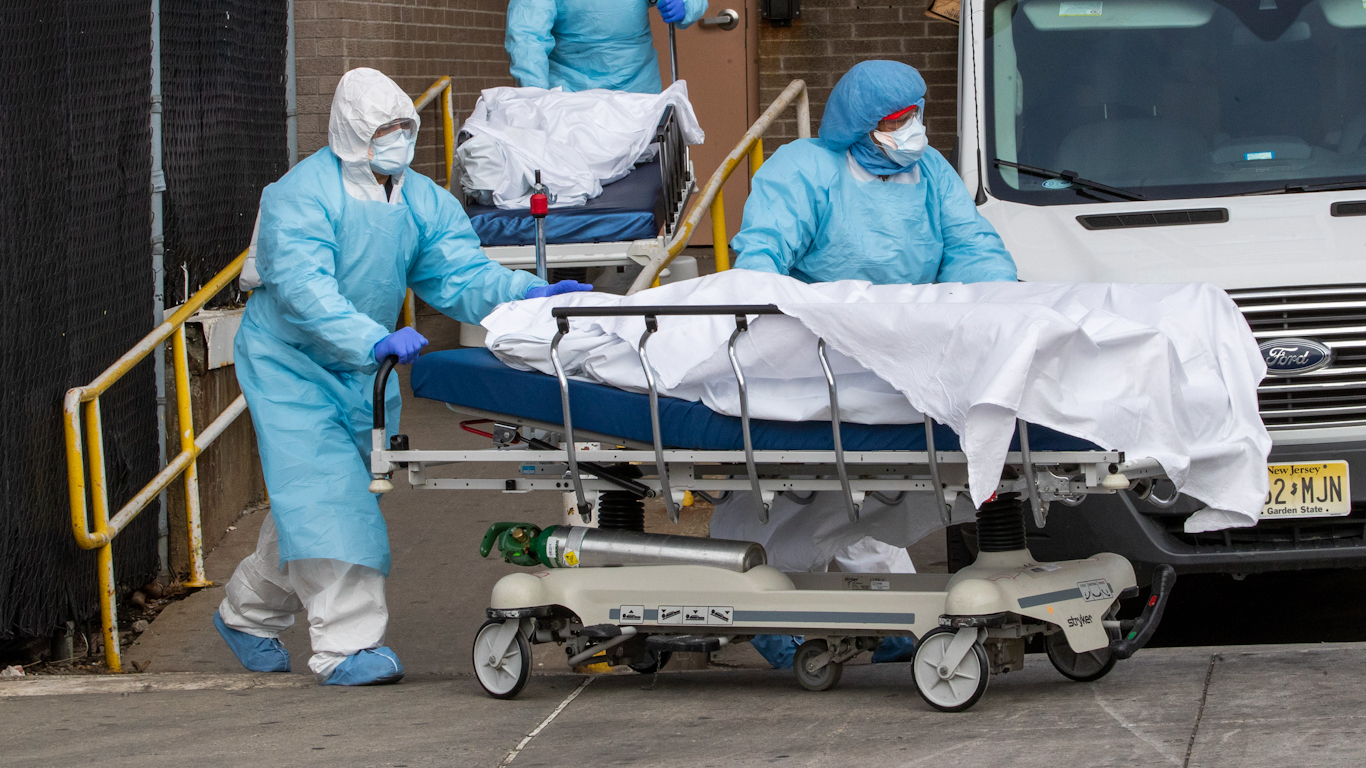 Who is going to pay for it? Those were the last words a patient dying of COVID-19 asked Derrick Smith, a certified registered nurse anethetist in New York City. The man appeared more concerned about the potential cost he and his family might incur than the loss of his own life. Smith shared his experience in a now viral Facebook post about what he described as the worst experience of his professional career. END_OF_DOCUMENT_TOKEN_TO_BE_REPLACED

There was a time when many American white politicians and settlers loved empire. They embraced empire. They knew they were building an empire and took pride in it. William Henry Drayton, for instance, stated in 1776, as the idea of an independent United States was forming, “the Almighty setteth up; and he casteth down: He breaks the Sceptre, and transfers the Dominion: He has made Choice of the present Generation to erect the American Empire.”1 Yet by 2003, as bombs began to drop on Iraq, Defense Secretary Donald Rumsfeld famously claimed “We don’t seek empires. We’re not imperialistic. We never have been.”2 Of course, Rumsfeld was highly criticized, as it seemed clear that no other words than ‘imperialism’ and ‘empire’ were appropriate to make sense of American intervention abroad as the ‘war on terror’ began.3 But this suggests that by this time the memory of empire had faded. This is also seen in, for example, a recent book titled How to Hide an Empire which argues that the US appears to be, in fact, an empire, although it is often not perceived to be one.4 While the US began as an empire and continues to be an empire, from this perspective, the self‐image of the United States which was cultivated through an anti‐imperial political revolution against the British and through the categorization of western land as ‘territory’ rather than ‘empire’ hid the darker history of imperialism constitutive of the US. But this analysis misses the fact that for the first half of its existence or so, up through at least the mid‐to‐late 1800s, many Americans did in fact embrace ‘empire’ with self‐assurance: they knew what they were doing and felt no need to hide it.5 END_OF_DOCUMENT_TOKEN_TO_BE_REPLACED