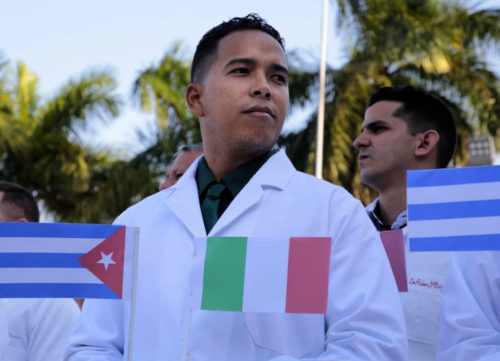 Today the latest medical brigade from Cuba’s Henry Reeves contingent arrived in South Africa to join the front lines with those saving lives in the battle against the Covid-19 pandemic. After a 14 day quarantine the 216 member group, made up of family physicians, epidemiologists, bio statisticians, health technology engineers, and biotechnology experts, will be deployed to all 9 provinces in that country. END_OF_DOCUMENT_TOKEN_TO_BE_REPLACED 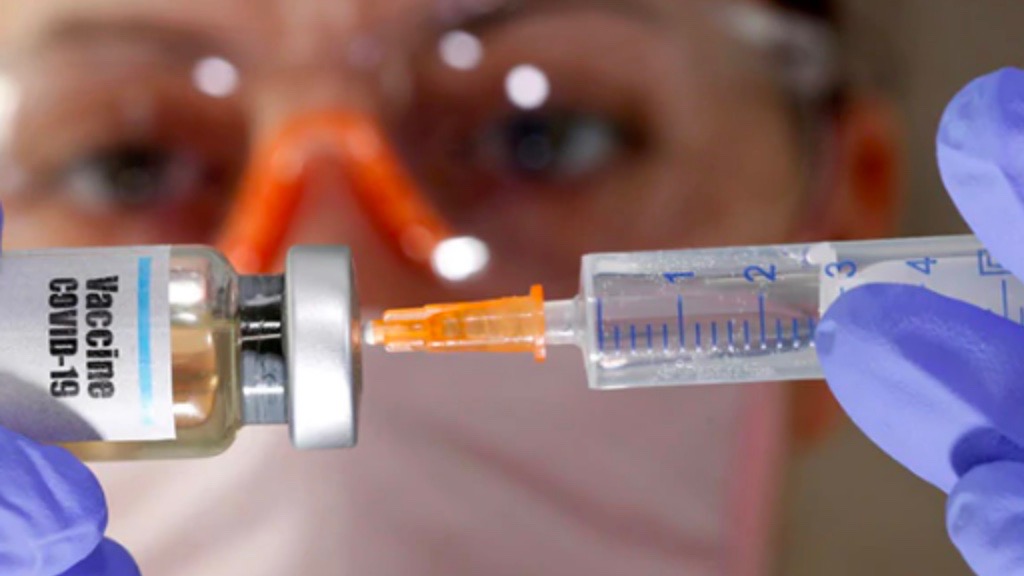 While the rush for a vaccine against COVID-19 is on, new candidate vaccines are continuing to enter the initial human trial phase. The one developed by a Beijing-based Biotech company, Sinovac Biotech, is reported to have been used on Rhesus Macaque monkeys, apparently protecting them from the novel coronavirus causing COVID-19. The candidate vaccine has also been tried on humans since April 16 and is in phase I of the clinical trial. END_OF_DOCUMENT_TOKEN_TO_BE_REPLACED

At President Trump’s April 18 press briefing on the Covid-19 Pandemic, Dr. Deborah Birx, coordinator of the US response to the outbreak, criticized China’s reports on the Covid-19 data.  She did so by showing a chart with data from the following countries.  (I have updated the chart with data* from the New York Times of April 19, but the two data sets differ by only a small and negligible amount.)

The last COVID-19 patient in Wuhan, a 77-year-old man, was discharged from hospital on April 26, Sunday, bringing the total number of active cases in the city to zero. According to the Wuhan Municipal Health Commission, the patient tested negative twice in a row and had no clinical symptoms.

“This is a historic day”, Shang You, a doctor in Wuhan, told Xinhua. “With the joint efforts of Wuhan and the national medical aid given to Hubei province, all cases of Covid-19 in Wuhan were cleared as of April 26,” said National Health Commission spokesperson Mi Feng, according to South China Morning Post.

Wuhan, the capital of Hubei province, is one of the largest cities in China with a population of more than 11 million. Cases of a new viral infection were found in the city in December last year, later identified as causing the COVID-19 disease. END_OF_DOCUMENT_TOKEN_TO_BE_REPLACED

Much of the media coverage of COVID-19 is focused on bad things happening. It is very easy to accuse people of bungling when you have 20-20 hindsight and it makes good headlines, but is it right?

What can look like a fiasco from the outside is often very plausible if seen in real time and in the round. Zeroing in on the inevitable problems that crop up in a fast-moving situation, rather than trying to see the bigger picture, doesn’t really help inform the public and arm them with facts.

For example, much commentary about testing for COVID-19 is poorly informed. Testing is a complex issue that is as much about how tests are deployed and used as the type of tests or how many are available. We need to be clear about what questions we are asking about testing and how good the answers are likely to be. END_OF_DOCUMENT_TOKEN_TO_BE_REPLACED

Regardless of whether we classify the new coronavirus as a pandemic, it is a serious issue. In less than two months, it has spread over several continents. Pandemic means sustained and continuous transmission of the disease, simultaneously in more than three different geographical regions. Pandemic does not refer to the lethality of a virus but to its transmissibility and geographical extension.

What we certainly have is a pandemic of fear. The entire planet’s media is gripped by coronavirus. It is right that there is deep concern and mass planning for worst-case scenarios. And, of course, the repercussions move from the global health sphere into business and politics. END_OF_DOCUMENT_TOKEN_TO_BE_REPLACED

‘We’re all in this together,’ chant the duplicitous politicians, meaning the Covid-19 pandemic. The official language around the crisis is consistently hypocritical and disingenuous; – ‘trite and misleading’ is how the BBC described the UK government’s slimy rhetoric. World-wide the script is much the same – ‘we’re at war…. we’re fighting an invisible enemy and we will prevail together,’ and soon, very soon, we will come out of this and get back to ‘normal’ — God forbid. For most people in Western nations ‘normal’ is stressful, full of uncertainty, exhausting; for the hundreds of millions living in dire poverty or stifling economic insecurity in developing countries, it is a kind of agony in which simply surviving constitutes living, and for the planet, ‘normal’ equates to wholesale vandalism. Spare us what constitutes present-day ‘normal’, let normal be re-imagined, let it evolve to become something humane and just. END_OF_DOCUMENT_TOKEN_TO_BE_REPLACED

A total of 20,920 Venezuelans have entered the country through the border from these states: Táchira, Apure and Zulia, amid the coronavirus pandemic (Covid-19), said the president of Venezuela, Nicolás Maduro, on Friday. Of the total number, 11,956 people entered through San Antonio del Táchira; 3,600 by Apure state, 4,132 compatriots by Zulia state and 1,232 by the Brazilian border in Santa Elena de Uairén.

In a telephone interview broadcasted by Venezolana de Televisión, the President explained that 8,971 are already in their state of residence, while approximately 3,622 compatriots are complying with quarantine in different isolation centers. END_OF_DOCUMENT_TOKEN_TO_BE_REPLACED

Two opposition deputies and three aides to opposition leader Juan Guaido confirmed the salaries on condition of anonymity, concerned that the disclosure could cause further rifts in the anti-government ranks.

The payout provision was secretly tucked into a bill passed last week by lawmakers loyal to Guaido, which establishes a $80 million “Liberation Fund” to provide healthcare workers combatting the coronavirus pandemic with US $100 bonuses for a duration of three months.

END_OF_DOCUMENT_TOKEN_TO_BE_REPLACED

Surviving in the midst of a pandemic and its associated economic crisis is a challenge whose complexity increases every day, especially for those who do not have savings or a fixed salary.

Paradoxically, Venezuelans from various social strata, especially the poorest, face the situation with resources gained by them after long experience in economic suffering. They have a postgraduate degree in what is popularly called “aguantar la pela” [hunkering down] and this has been revealed as a whole science. END_OF_DOCUMENT_TOKEN_TO_BE_REPLACED