According to reports, the HAINAN Airlines aircraft arrived in Caracas at 2:30 A.M. (local time) on Monday. The aircraft reportedly transported a large amount of humanitarian aid and eight specialist.

“At 2.30 in the morning, a HAINAN Airlines plane arrived that brought to Venezuela eight Chinese specialists in respiratory conditions to help fight # Covid19. It is the third flight between the two countries in the context of the emergency,” teleSUR correspondent Leonel Retamal Muñoz reported.

China has come to the aid of several nations affected by the coronavirus, including countries like Italy and Iran, who have been deeply impacted by the illness.

While the total number of coronavirus cases in Venezuela is currently low in comparison to South American countries like Ecuador and Brazil, nevertheless, the Bolivarian Republic has taken precautionary measures to ensure that this illness doesn’t spread.

Over the last few days, the Venezuelan authorities have issued statements demanding the U.S. government and European Union lift their sanctions against the Bolivarian Republic.

The request has mostly been ignored – especially by the U.S. – as Washington attempts to overthrow the legitimate government of Venezuela. ​​​​​​​ 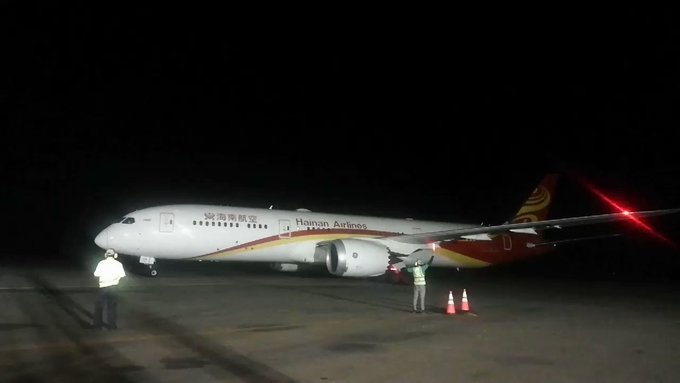