“Bolsonaro is more than a political problem, he became a public health problem, he lacks magnanimity, he should resign, which would be the least expensive gesture to allow a democratic exit for the country,” a part of the document they released read.

The president should be “contained urgently” and should pay for the “crimes” he is committing against the Brazilian people, the signatories added.

Health emergency in the South American country has been worsened by an “irresponsible” president, who has been undermining the pandemic and putting lives in danger, the opposition said, denouncing the president as the main obstacle to face the outbreak, to save lives and to guarantee an income for the families in need.

Bolsonaro is not in a position to govern the country and face such a pandemic, they insisted.

“He (the president) compromises the health and the economy, commits crimes, manipulates information, lies and encourages chaos while taking advantage of the desperation of the most vulnerable population. ”

The opposition also called for a national emergency plan to maintain and enforce measures to reduce social contact, to make more ICU-beds available, and to import a sufficient number of tests and protective equipment for health personnel.

Among those who signed the petition are Fernando Haddad, the former presidential candidate for the Workers’ Party; Ciro Gomes a lawyer and politician affiliated with the Democratic Labor Party; and Guilherme Boulos who is a member of the Socialism and Freedom Party.

While the president was mocking health experts including his own health minister, minimizing the outbreak and launching a campaign dubbed “Brazil can’t stop,” 165 people died from the Covid-19 and confirmed cases topped 4,661, according to the data compiled by United States-based Johns Hopkins University.

#Brazil | This is what happens when national states are unable to monopolize the weapons… and then the governments fail to face a health emergency. 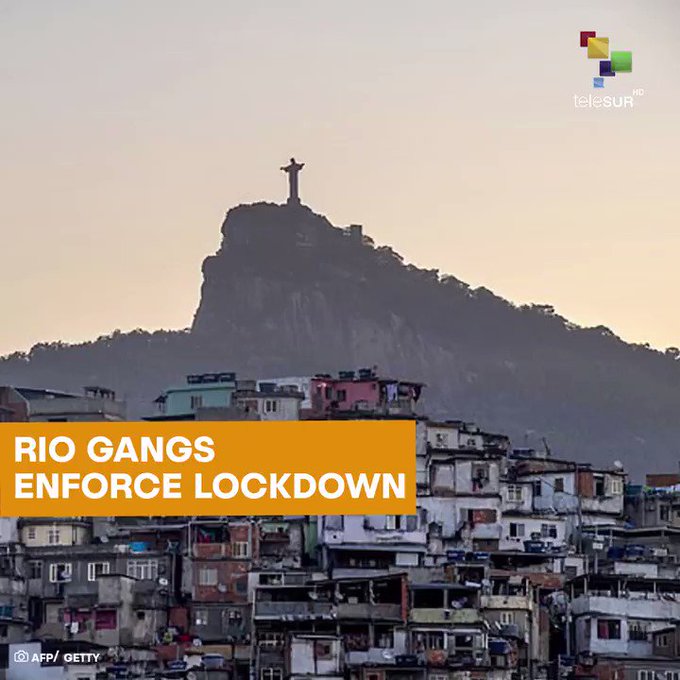