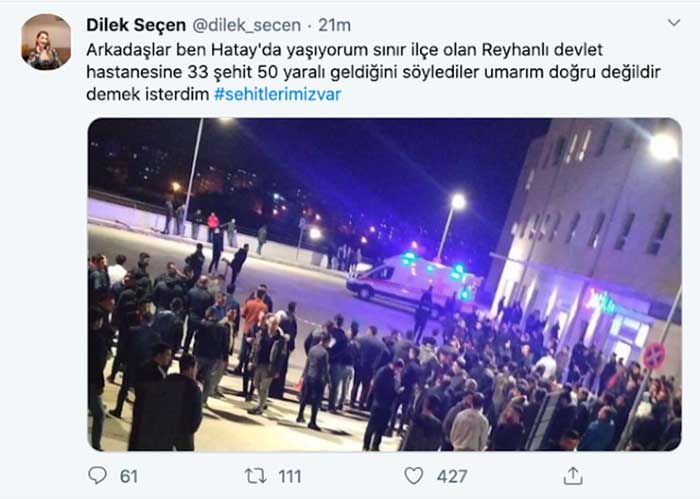 At least 33 Turkish soldiers have been killed and an unspecified number of soldiers were injured in an airstrike in Syria’s Idlib province. Turkish officials blamed the strike to the Syrian military. Casualties from the strike were being treated at hospitals in the border town of Reyhanli.

Turkish officials have called the NATO secretary-general and the U.S. national security adviser in relation to the events in Idlib, Turkish Anadolu Agency (AA) reported.

Citing Hatay province Governor Rahmi Dogan the AA said: “In Idlib, Turkey’s armed forces were targeted by the regime elements in an airstrike.” The governor was talking to media on Thursday.

A new study released by a pair of MIT researchers Thursday reveals that, contrary to claims from the U.S.-backed Organization of American States, there was no fraud in Bolivia’s October 20, 2019 elections—an accusation used by the OAS and others as a pretext for supporting the coup in the country that deposed President Evo Morales and replaced him with an unelected right-wing government.

“Good lord,” tweeted MSNBC journalist Chris Hayes. “Given the fact the entire Morales government was toppled over accusations of election fraud, the OAS has a lot to answer for.”

END_OF_DOCUMENT_TOKEN_TO_BE_REPLACED

Support for a wealth tax to combat persistent inequality in the U.S. is growing, according to a new poll released Wednesday by TheHill/HarrisX which found that just over two-thirds of Americans favor a tax on the wealthiest households.

Sixty-seven percent of respondents—including majorities of Democrats and Independents—said there should be a wealth tax on billionaires, as Democratic presidential candidates Sens. Elizabeth Warren (D-Mass.) and Bernie Sanders (I-Vt.) have proposed.

A clear majority of Democrats, 85%, backed the proposal, along with 66% of independent voters. Nearly half of Republican respondents—47%—said they would support a wealth tax in the poll, which was conducted between February 23 and 24 among more than 1,000 registered voters and had a margin of error of 3%.

END_OF_DOCUMENT_TOKEN_TO_BE_REPLACED

A silent revolution is happening in investing. It is a paradigm shift that will have a profound impact on corporations, countries and pressing issues like climate change. Yet most people are not even aware of it.

Yet there has been a steady shift away from these actively managed funds towards passive or index funds. Instead of depending on a fund manager, passive funds simply track indices — for example, an S&P 500 tracker fund would buy shares in every company in the S&P 500 in order to mirror its overall performance. One of the great attractions of such funds is that their fees are dramatically lower than the alternative. END_OF_DOCUMENT_TOKEN_TO_BE_REPLACED

BP Plc’s recent statement on attaining net-zero emissions by 2050 drew predictable criticism for being yet another example of corporate green-washing and for trying to achieve too little, too late. Although the company’s decision to stop “corporate reputation advertising” — a measure perceived as being key to green-washing — is noteworthy.

Such advertising played a key role in manufacturing and sustaining doubt against scientific consensus on issues such as tobacco, as well as on human-induced climate change. Outside powerful quarters including the White House, outright climate change denial may be dying.

But climate-scepticism is now expressing itself in new ways, which acknowledge human-induced climate change, but push inadequate and inappropriate solutions. A key example is Exxon Mobil Corp’s Energy Factor, advertised on many Indian platforms. END_OF_DOCUMENT_TOKEN_TO_BE_REPLACED

With concrete, a major source of pollution used to build most homes, becoming the second most-consumed resource on the planet after water, the need and awareness for energy-efficient homes is on the rise.

Down To Earth met a couple residing in Kerala, who realised the need to live an eco-friendly life. They built a mud house named ‘Nanavu’ — made of earth and other natural materials — that cost them just Rs 4 lakhs, 60 per cent of which was spent in labour charges. END_OF_DOCUMENT_TOKEN_TO_BE_REPLACED 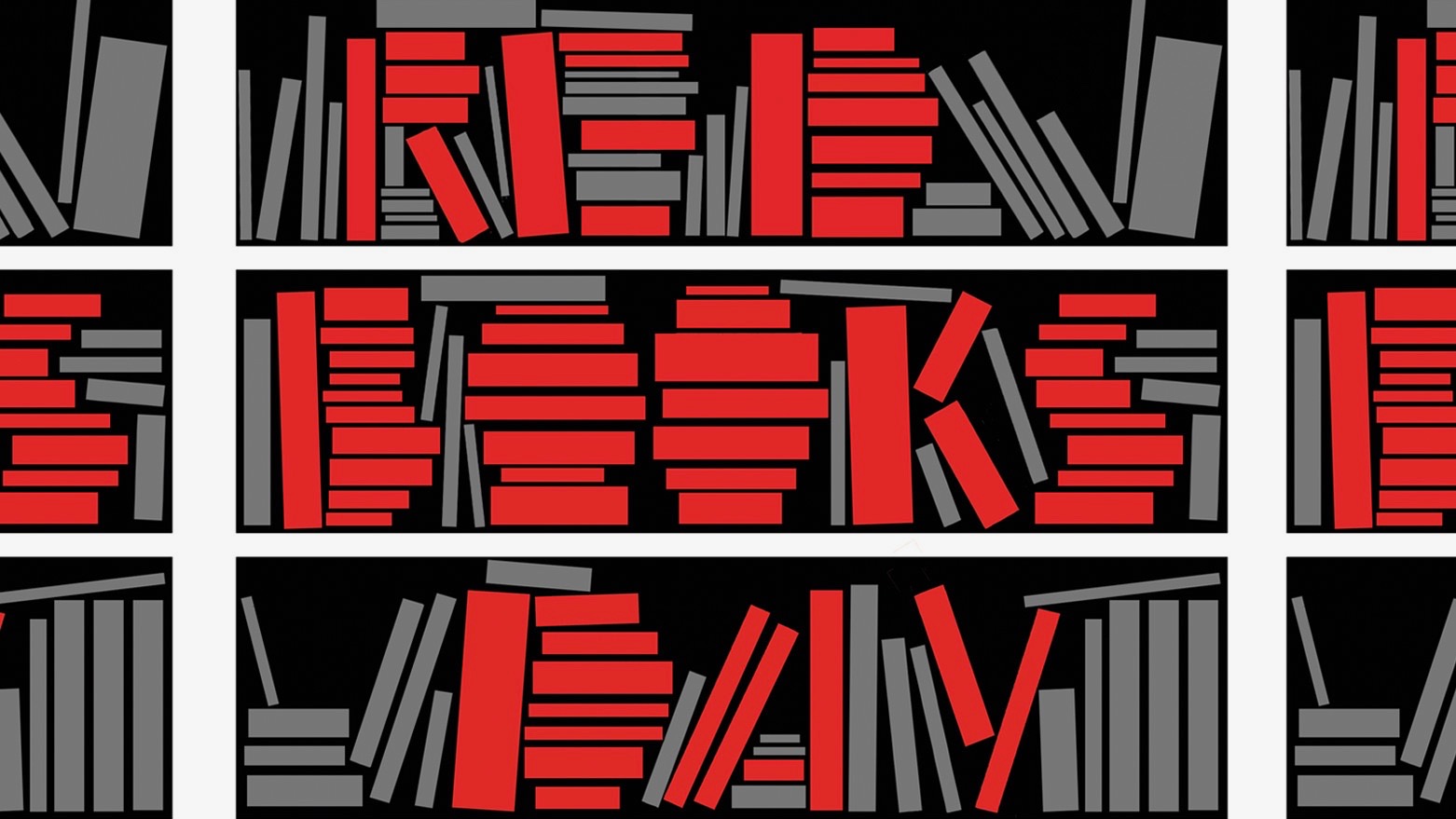 Across the continents on February 21, tens of thousands participated in public readings of the Communist Manifesto, organized to commemorate the 172nd anniversary of its first publication in 1848, under the title The Manifesto of the Communist Party.

The idea of hosting such a reading was jointly conceived by Leftword Books – a New Delhi-based marxist publishing house – and the International People’s Assembly, which was formed last year with delegates representing left-wing political parties, trade unions and social movements from 85 countries around the world. END_OF_DOCUMENT_TOKEN_TO_BE_REPLACED

Nearly two centuries ago, the U.S. formally abolished the incarceration of people who failed to pay off debts. Yet, recent years have witnessed the rise of modern-day debtors’ prisons — the arrest and jailing of poor people for failure to pay legal debts they can never hope to afford, through criminal justice procedures that violate their most basic rights. END_OF_DOCUMENT_TOKEN_TO_BE_REPLACED 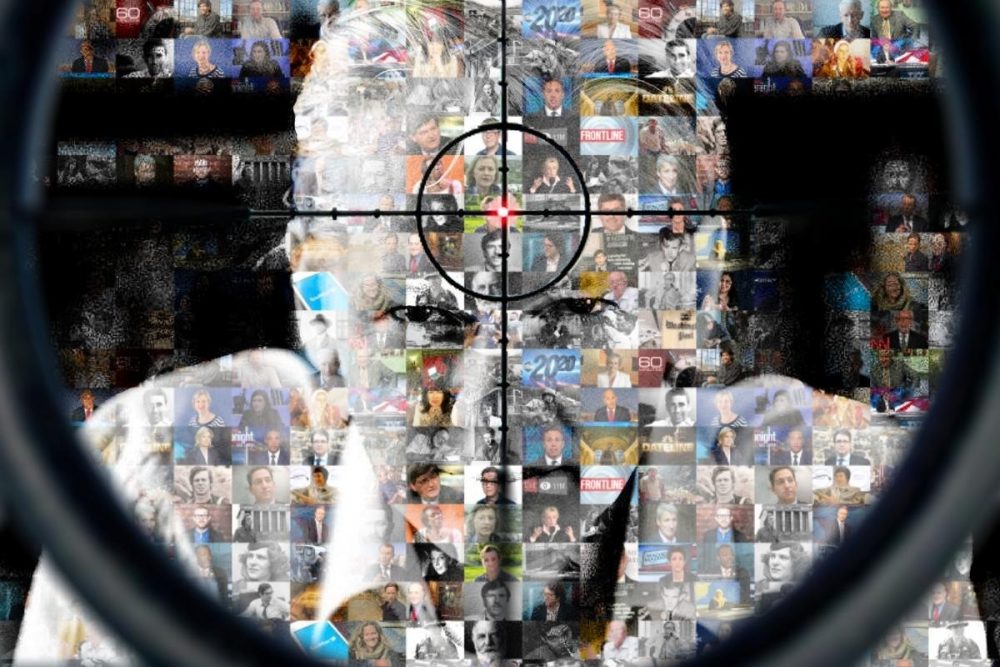 END_OF_DOCUMENT_TOKEN_TO_BE_REPLACED

Just before Tulsi Gabbard announced her candidacy for the presidency as a Democrat, NBC ran a smear piece that suggested Vladimir Putin and the Russians loved her.  This smear was then repeated and amplified by Hillary Clinton, who suggested Gabbard was being groomed by the Kremlin to run as a third-party candidate, thereby ensuring Trump’s reelection in 2020.  There was no evidence for any of these claims — none.  Yet Gabbard was put on the defensive and her campaign (still ongoing) has been essentially redlined by the mainstream media.

https://youtu.be/eXgm7rlcM5g
ABOVE: The media pack is after Sanders with the old “Russia meddling in US elections” hoax, repeating this just on the basis of some “intelligence” source saying so. Well they said So for the last thee years and no evidence or smoking gun ever came forth, not to mention that with America’s wholly manufactured paranoia about “Russian meddling” the Russians woud be fools to intervene in any way imaginable. Sanders is a fool to placate these criminals, but foreign policy has long been his most glaring deficiency. And notice who’s leading the howling mob accusing the Russians, the CIA’s own rag, The Washington Post, with the rest following in lockstep.