The “world’s leaders meet for 20 years… they always say they want to make the world better, but for me… They have not even done any progress,” activist Theres Matter said and added that “the time is gone now, they have really to get in action now.”

Despite attempts by local authorities to avoid anti-WEF demonstrations, activists have managed to disrupt vehicular traffic to the high-level pro-corporate meeting site, which is highly protected by somewhat exaggerated security measures.

104 people are talking about this

At this year’s meeting, some 3,000 politicians, businessmen, and academics from 117 countries will discuss issues such as political polarization, climate crisis, shareholder capitalism, sustainable development, technology, and the fourth industrial revolution.

Before the start of the 2020 meeting, the WEF published a report which acknowledged that the five main global risks are related to adverse environmental changes.

The rise of the environmental risk indices in the @wef Global Risk Reports are not (only?) caused by the demonstrations of climate movements like #fridaysforfuture. It is a (too) slow process of increasing awareness and understanding over the last years #Davos2020 @parents4future 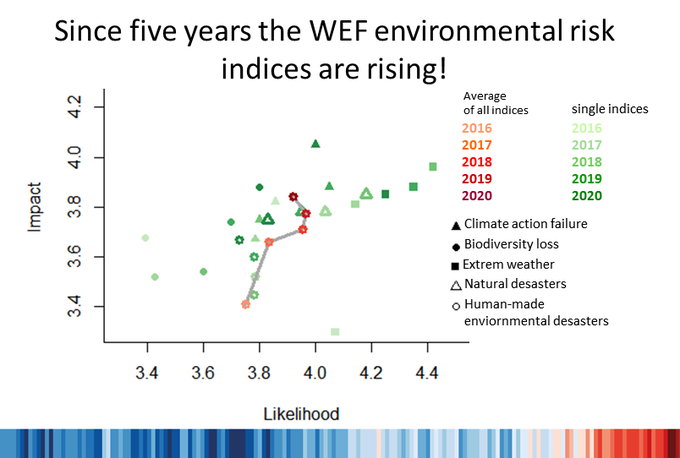 Despite this late recognition, many of the so-called world’s leaders prefer to deny the effects of international problems such as income inequality and global warming.

Regarding the latter, the Swedish activist Greta Thunberg previously promised a strong mobilization during the 2020 WEF event.

“To the world leaders and those in power, I would like to say that you have not seen anything yet. You have not seen the last of us, we can assure you that. And that is the message that we will bring to the WEF in Davos next week,” Thunberg said on Friday.