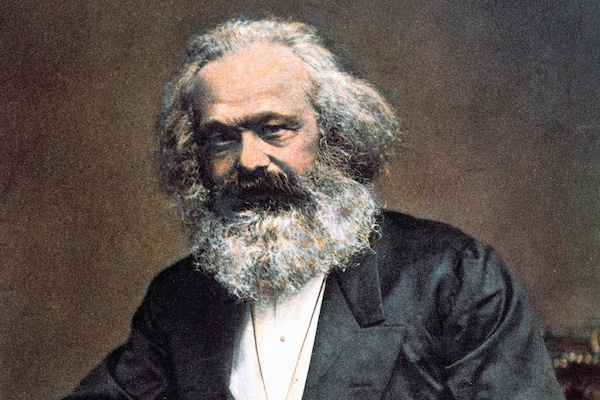 Daniel Tanuro is an agricultural engineer and leading socialist activist who has made numerous contributions to ecosocialist thought and practice, most notably, in his book Green Capitalism: Why It Can’t Work.(1) Yet, this has been coupled with persistent claims that there are “fundamental flaws” in Karl Marx’s ecological critique of capitalism.(2) Tanuro has previously charged that Marx failed to recognize the centrality of fossil fuels to capitalist industrialization, and that Marx discounted peasant/indigenous knowledge by rejecting French agronomist Léonce Lavergne’s notion that forage crops were capable of obtaining all the nutrients they needed directly or indirectly (through manure) from the atmosphere.(3) These and other criticisms of Marx by Tanuro were refuted by Paul Burkett and myself in our book Marx and the Earth (2016).(4) END_OF_DOCUMENT_TOKEN_TO_BE_REPLACED

END_OF_DOCUMENT_TOKEN_TO_BE_REPLACED

Amidst obstacles to the creation of a new administration in Lebanon angry protesters have begun returning to streets. Protesters are returning with the slogan, “The revolution is coming back.”

There were clashes between the protesters and army and security forces. Protesters burned tires, blocked roads and brought traffic in Beirut to a standstill on Tuesday in renewed demonstrations against economic hardship and government corruption. END_OF_DOCUMENT_TOKEN_TO_BE_REPLACED

The India Meteorological Department on January 6, 2020 released its much-awaited report on India’s climate in 2019.

As expected, the climate crisis wreaked havoc. The number of cyclones in Arabian Sea stood out in particular.

Down To Earth has regularly reported on how the year that just passed was tumultuous in term of extreme and contrasting weather events.

Five of the eight cyclones — 60 per cent of the total — that affected India in 2019 were on the Arabian Sea. Normally, the sea on India’s west undergoes only one cyclone. END_OF_DOCUMENT_TOKEN_TO_BE_REPLACED

We pulled four before-and-after-images from NASA’s Worldview application, and asked bushfire researcher Grant Williamson to reflect on the story they tell. Here’s what he told us:

I’ve been studying fires for more than a decade. I use satellite data to try to understand the global and regional patterns in fire — what drives it and how it will shift in the future as our climate and land use patterns change.

When I look at these images I think: this is a crisis we have seen coming for years. It’s something I have been watching unfold.

Look at the sheer scale of it. Seeing this much fire in the landscape in such a broad area, seeing so much severe fire at once, this quantity and concentration of smoke — it is astonishing. I haven’t seen it like this before. END_OF_DOCUMENT_TOKEN_TO_BE_REPLACED

On September 19, 1983, during Lebanon’s long civil war, the Reagan Administration ordered Marine peacekeepers in Beirut to open fire on Muslim militias in the mountains overlooking the city. The marines had been deployed for more than a year, after the Israeli invasion of Lebanon, to help hold together one of the world’s most fractured states. Colonel Tim Geraghty, their commander, warned that an attack would cost the United States its neutrality and its mission; nevertheless, U.S. ships fired more than three hundred rounds of seventy-pound shells. Geraghty later wrote, “As the sun set at the end of a tumultuous day, I remarked to members of my staff that my gut instinct tells me the Corps is going to pay in blood for this decision.”

END_OF_DOCUMENT_TOKEN_TO_BE_REPLACED

Since taking office, President Trump has repeatedly praised Russian President Vladimir Putin, held two summits with Kim Jong Un, of North Korea, and hosted Chinese President Xi Jinping at Mar-a-Lago. Trump relies on his instincts when it comes to the conduct of foreign policy, and his sycophancy toward dictators has been a defining feature of his Presidency. He has had a somewhat different approach to the Iranian leadership. Last week, Trump ordered an air strike that killed Qassem Suleimani, a high-ranking Iranian official, escalating tensions between the United States and Iran. Evan Osnos joins Dorothy Wickenden to discuss what Donald Trump may not understand about the minds of authoritarian leaders.