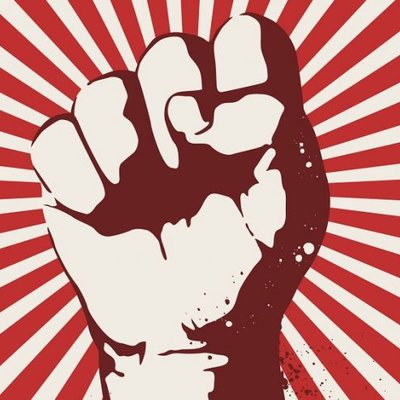 I use a simple formula, perhaps too simple, to teach my students the different categories of philosophical thinking. It is difficult to explain without a visual, but I will try. To begin with there are the two polar opposite ways of thinking, the Metaphysical and the Materialist, or, if one prefers, the Religious and the Scientific. The Metaphysical seeks explanations for the world outside the world. The Scientific seeks to explain the world by examining it. Superimposed upon these two categories, so that there is a quadrant formed, are the Essentialist and Dialectical ways of viewing the world. The Essentialist world sees things as essentially timeless and unchanging. It negates change. In the dialectical view, essence is change. Every dimension and element of the world is constantly changing. Thus, we arrive at the four basic schools of thought.

One of these is Metaphysical Essentialism which is best exemplified by Abrahamic religions which hold that the world was created by a deity in a very short period. Both the deity and his creations are thus considered to be essentially timeless and unchanging. Thus, a dogmatic way of thinking, which recorded in a single book, arises. This mode of thinking has its origins in Platonic as it is he who first posited a real world of unchanging eternal Forms against the changing and so false material world. (See the “Allegory of the Cave”).

In contradistinction to the Platonic view is that of his student, Aristotle, whose approach is materialist and essentialist. His logical laws are based on the premise that all things possess an essentially unchanging essence (A is always A or becoming A: A can never be other than A; there is no bleeding of one identity into another, A cannot be B). These unchanging Essences or Forms are, however, purely material. It is from Aristotle that the Mechaniistic Materialistic Scientific Approach arises. This scientific approach was that of Newton, who viewed the world as being made up of eternal essences and laws. In the realm of political thought, it is exemplified in the work of the Liberal Democratic thinkers such as Hobbes, who hold that human nature is timeless and unchanging (individualistic, competitive, self-serving), and therefore, governments and economic systems arise from and must naturally conform to that nature. This is the philosophy of Capitalism, arguably best expressed by the “philosopher” Ayn Rand, who is a self-proclaimed advocate of Aristotle.

A third mode of thought would be Dialectical Metaphysics, and here we have only one representative: G.W.F. Hegel. Hegel’s philosophy is a theology, in which a Creator, governed itself by the laws of the dialectic, is engaged in an evolutionary and revolutionary act of creation, which is an act of self creation and self realization. Hence humans, the material vehicles of this creation, themselves move towards self creation and self realization as they strive towards their absolute realization as free and creative beings. In this context, science is viewed as inadequate and limited as it can only explain how the world is but not why it is.

Finally, we arrive at the Dialectical Materialism of Karl Marx; the philosophy which governed the Soviet Union for 80 years. This holds that matter is the source of all thought and knowledge. In this respect it is scientific. It also holds that Essence is Change, and that change is both an evolutionary and revolutionary process in which slow, gradual change gives rise to sudden and drastic “phase transitions.” (sometimes labeled the transformation of quantity into quality.) Methodologically it holds that everything changes in time, space, and perspective. It is a social theory of relativity. We find its scientific counterpart in the ideas of modern scientific thinkers such as Einstein, Heisenberg, and members of the Copenhagen school.

When we examine Mr. Corjescu’s arguments from this perspective, we clearly see that he is an essentialist: “The division between ruled and ruling, not as a class phenomenon but as an existential way of being of man in the world since time immemorial.” Like any and every liberal democratic theorist, he sanctifies the individual. This sanctified individual is the evolutionary product of some fusion between religion and philosophy. Corjescu sees him fully realized in Protestantism: “Protest-antism against the de facto reigning powers of the earth in the name of the freedom of pure individual thought and feeling…..The modern revolutionary springs forth from burning cathedrals, shattered stain glass, and the gauged out eyes of the saints. God is for all and He is everywhere where I think and breath.” I can only wonder if our essentialist metaphysician has ever read “Religion and the Rise of Capitalism”? It is not Protestantism that gives us the free standing individual, but Capitalism which gives us Protestantism and gives us not social beings, but sanctified individuals struggling to survive in the pitiless world where the war of “all against all” is constantly fought. As Marx expressed it in the Manifesto “The bourgeoisie, wherever it has got the upper hand, has put an end to all feudal, patriarchal, idyllic relations. It has pitilessly torn asunder the motley feudal ties that bound man to his “natural superiors”, and has left remaining no other nexus between man and man than naked self-interest, than callous “cash payment.” (“Communist Manifesto). Yet, as Corjescu would have it “Rather, it is the struggle of the individual to be most utterly himself in a world of hierarchy, in a world where control is in the hands of others. It is not capital and capitalists who structure this world although they surely do have influence. The black stain of unfreedom is much older than that. Indeed, it goes back millions of years.” There is no concept of the individual before capitalism and its theoretical expression, liberal democracy. This because the individual as such does not exist apart from the totalities that define him: familial, social, historical and economic.

I would like to conclude in a materialistic and scientific way by saying that just as Energy was present and came into being as the first force of the universe, so too Change was present as its first principle. Just as and because, the Other of Energy is Matter, and because both change into and thus appear in many different forms, Change is manifest as the essence of both. While entire volumes can be written on the nature of change: its levels, its forms, its mode, there is one particular component of Change that I wish to point out now; it has a slow manifestation, such as in different forms of evolution and development, and a faster component which I refer to a phase transition. Thus, the very structure of the world, that we can at one level grasp simply by observing the world around us, and on the other hand, which Science reveals to and for us as scientific laws, reveal that Change as evolution and revolution do not derive from the thoughts of men, but rather are written into the very structure of reality, and thus enter our minds. We see change and know things can be changed, with more difficulty but still, we can see the things of the world, the world itself and the universe evolving. And we can, everywhere we turn our eyes, from the explosions of suns and the formation of black holes, to the observation of the world around us and the lessons of history, understand that revolutions occur. It is not the thoughts of philosophers which have shaped our actions, but the understanding of the laws of nature which grasped by both philosophers and scientists, which are the foundation for our thoughts.

Mary Metzger is a 74 year old semi retired teacher. She did her undergraduate work at S.U.N.Y. Old Westbury and her graduate work In Dialectics under Bertell Ollman at New York University. She has taught numerous subjects, from Public Sector Labor Relations to Philosophy of Science, to many different levels of students from the very young to Ph.D. candidates, in many different institutions and countries from Afghanistan to Russia. She has been living in Russia for the past 12 years where she focuses on research in the Philosophy of Science and History of the Dialectic, and writes primarily for Countercurrents. She is the mother of three, the grandmother of five, and the great grandmother of two.