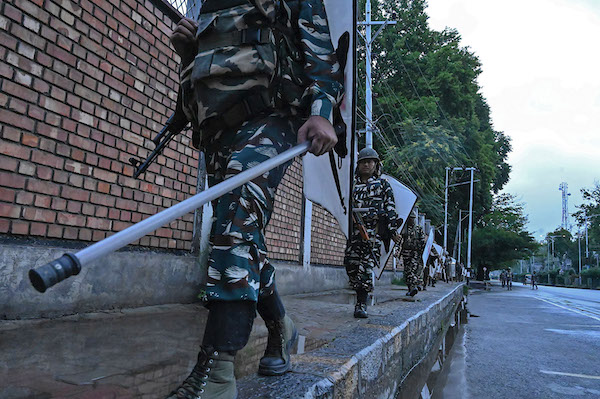 In an unsettled world, amid violent wars and imperial occupations, with all norms ruthlessly cast aside, did Kashmir really have a chance to be free? As unrest spreads, India, the vaunted “world’s largest democracy,” has imposed a total communications blackout. Kashmir is cut off from the world. With even the most conciliatory and collaborationist political leaders now under house arrest, one can only fear the worst for the rest of the region’s population.

For almost half a century, Kashmir has been ruled from Delhi with the utmost brutality. In 2009, the discovery of some 2,700 unmarked graves in three of the region’s twenty-two districts alone confirmed what had long been suspected: a decades-long history of disappearances and extrajudicial killings. Torture and rape of both women and men has been reported, but since the Indian Army is effectively above the law, its soldiers have impunity in perpetrating these atrocities and nobody can be charged with war crimes. END_OF_DOCUMENT_TOKEN_TO_BE_REPLACED

by Kevin Zeese and Margaret Flowers 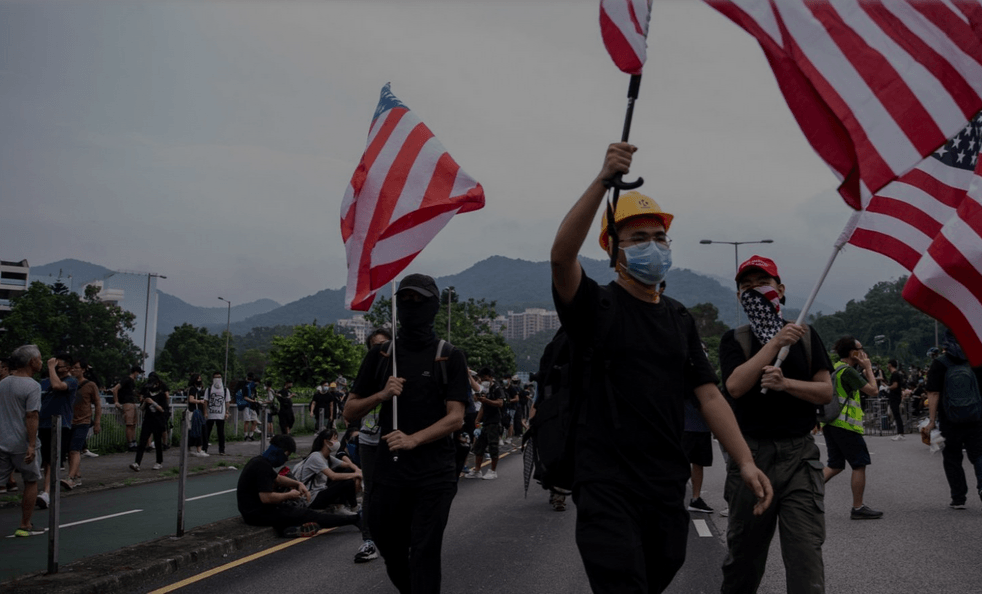 Hong Kong in the Crosshairs of Global Power and Ideological Struggles

August 20, 2019
Please make sure these dispatches reach as many readers as possible. Share with kin, friends and workmates and ask them to do likewise.

“The [real] source of unrest in Hong Kong is the economic insecurity stemming from capitalism. In 1997, Britain and China agreed to leave ‘the previous capitalist system’ in place for 50 years….”

A crosspost with Journal NEO

Hong Kong is one of the most extreme examples of big finance, neoliberal capitalism in the world. As a result, many people in Hong Kong are suffering from great economic insecurity in a city with 93 billionaires, second-most of any city.

Hong Kong is suffering the effects of being colonized by Britain for more than 150 years following the Opium Wars. The British put in place a capitalist economic system and Hong Kong has had no history of self-rule. When Britain left, it negotiated an agreement that prevents China from changing Hong Kong’s political and economic systems for 50 years by making Hong Kong a Special Administrative Region (SAR).

END_OF_DOCUMENT_TOKEN_TO_BE_REPLACED

In 15 major cities in the global south, almost half of all households lack access to safe, reliable and affordable water, affecting more than 50 million people, finds a new study.

Access to piped utility water – safe, reliable and affordable water – is lowest in the cities of sub-Saharan Africa, where only 22% of households receive piped water.

Of those households that did have access, the majority received intermittent service, which results in contaminated water. END_OF_DOCUMENT_TOKEN_TO_BE_REPLACED

Stone tools uncovered in Mongolia by an international team of archaeologists indicate that modern humans traveled across the Eurasian steppe about 45,000 years ago, finds a new University of California, Davis, study. The date is about 10,000 years earlier than archaeologists previously assumed.

The site also points to a new location for where modern humans may have first encountered their mysterious cousins, the now extinct Denisovans, said Nicolas Zwyns, an associate professor of anthropology and lead author of the study.

Zwyns led excavations from 2011 to 2016 at the Tolbor-16 site along the Tolbor River in the Northern Hangai Mountains between Siberia and northern Mongolia.

The age of the site – determined by luminescence dating on the sediment and radiocarbon dating of animal bones found near the tools – is about 10,000 years earlier than the fossil of a human skullcap from Mongolia, and roughly 15,000 years after modern humans left Africa. END_OF_DOCUMENT_TOKEN_TO_BE_REPLACED

END_OF_DOCUMENT_TOKEN_TO_BE_REPLACED

BIARRITZ, France—The continuing controversy over international action – or lack of it – to deal with climate change, and the latest big threat to the environment, the massive Brazilian Amazonian wildfires, will descend on the G7 summit here this weekend.

The object: To force the leaders of the world’s top industrialized nations to do something about the issue, and to repudiate right-wing Brazilian President Jair Bolsonaro’s snide lies that environmentalists have set some of the 72,843 wildfires (so far) in Brazil this summer.

END_OF_DOCUMENT_TOKEN_TO_BE_REPLACED

As wildfires increase at a record rate in the Brazilian Amazon, a black smoke plunged São Paulo into darkness on Monday, Aug. 19, thousands of miles away from the rainforest, turning day into night in the country’s largest city.

Before reaching the south and southeast of Brazil, smoke particles hit the Andes, creating an even thicker smoke as they combined with pollution from fires in Bolivia and Paraguay.

Brazil is recording the largest wave of wildfires in the last five years, according to its National Institute for Space Research (INPE). END_OF_DOCUMENT_TOKEN_TO_BE_REPLACED

A decade ago several prominent climate scientists discussed the prospects of a 4°C Earth. Their concern was qualified “… if greenhouse gases do not slow down, then expect a 4C Earth by 2055.” Of course, that would be catastrophic, and one can only assume those scientists must have recognized real risks. Otherwise, why address the issue of 4°C by 2055 in the first instance?

Not only that but the Intergovernmental Panel on Climate Change, AR4 (2007) addressed the 4°C issue and a 2009 International Climate Conference at Oxford, “4 Degrees and Beyond” discussed the consequences at length; e.g., deserts in southern Europe, sea levels up 2 metres by 2100, unleashing a “carbon time bomb” in the Arctic, half of the world uninhabitable, etc. END_OF_DOCUMENT_TOKEN_TO_BE_REPLACED

To halt the decision to extradite Mozambique’s former Finance minister, Manuel Chang, could be a test case for President Ramaphosa’s long-term ability to bring about real change in South Africa’s regional relations by potentially making it a good example for the fight against corruption.

The decision by South Africa’s newly appointed minister of Justice and Correctional Services, David Lamola, to halt his predecessor’s decision made in May this year to extradite Mozambique’s former Finance minister, Manuel Chang, to Mozambique rather than to the United States of America is open to various interpretations. This volte face by South African authorities, which may have significant regional political implications, can be interpreted as part of President Ramaphosa’s domestic and regional effort to strengthen the rule of law and therefore a major effort for regional stability by the newly elected administration.